He also thanked Finance Minister Piyush Goyal for "copying" the Congress declaration that the poor will have the first right to resources of the country. 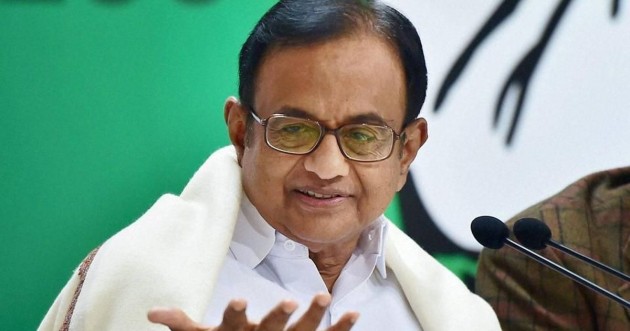 Former finance minister P Chidambaram Friday termed the union budget as an "account for votes" and not a "vote on account".

"It was not a Vote on Account. It was an Account for Votes," Chidambaram tweeted soon after the presentation of the Union Budget.

He also thanked Finance Minister Piyush Goyal for "copying" the Congress declaration that the poor will have the first right to resources of the country.

The senior Congress leader claimed that the government had missed the fiscal deficit target, as warned by him earlier.

"Thank you Interim FM for copying the Congress' declaration that the poor have the first right to the resources of the country.

"As I had warned, Government misses Fiscal Deficit target for 2018-19. Another red flag rises: CAD is 2.5 percent," Chidambaram said in a series of tweets while reacting to the Budget.