All You Need to Know About Meme Crypto Coins 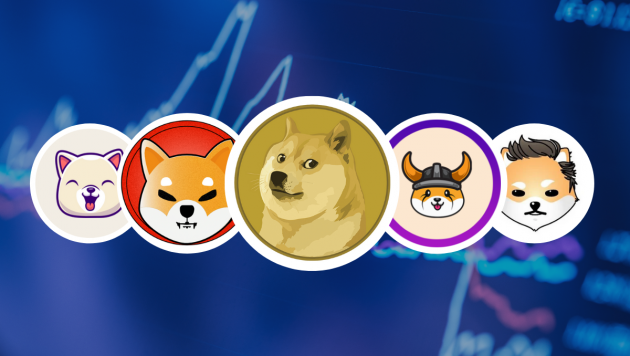 In recent times, meme coins have become more popular than mainstream cryptocurrencies such as Bitcoin and Ethereum. According to Coinmarketcap.com, the top two meme cryptocurrencies, Shiba Inu and Dogecoin, are now among the top 10 by market value. Let’s understand what meme coins are, their origin and their position in the market.

What Are Meme Coins?

Meme coins are those cryptocurrencies that are inspired by popular social media jokes, sarcasm or puns. According to Coinmarketcap, at present, there are about 124 meme coins. Tokens such as Shiba Inu and Dogecoin are some of the most popular meme coins in the market.

According to CoinGecko, Dogecoin, which originated in 2013 as a joke, ranks No. 10 by a market value of over $35 billion. It is currently trading at around 27 cents, while rival token Shiba Inu, which was started in 2020 by an anonymous person known as ‘Ryoshi’ to poke fun at Dogecoin, ranks No.9 with a market value of over $38 billion. Also, Shiba Inu (the supporting community calls it the “Dogecoin killer”) hit an all-time high of $0.00008616 per token on October 26, 2021.

How Are Meme Coins Different From Mainstream Cryptocurrencies?

Mainstream cryptocurrencies such as Bitcoin have been created with specific technology to boost trading and transaction in the crypto market while meme coins have not been created with a specific use or inherent value. “Meme coins are devoid of fundamentals. They are more of a community-driven phenomenon, a form of expression of sorts for millennials and the Gen Z generation. It has all the bells and whistles of reckless gambling if you will. Meme coin investing isn’t bereft of associated risks and rewards. The recent boom and bust of Squid Games token is a testament to this fact,” says Sharat Chandra, a blockchain and emerging tech evangelist.

Volatility is always a major concern in cryptocurrency and these meme coins are even more volatile than mainstream crypto tokens. Meme coins are highly community-driven. Their performance and fame are mostly linked to social media support and hype created by influencers. For example, billionaire Elon Musk, CEO of SpaceX and Tesla, often tweets about different cryptocurrencies, and in doing so, has seemingly impacted their prices.

“Though Shiba Inu token ecosystem, based on Ethereum, enables creators through NFT (non-fungible token) art incubators, a Shibaswap, a decentralized exchange, is also in the works. It’s too early to comment on the utility and promise of these meme coins. Dogecoin mania is driven entirely by Musk’s whims and fancies. Shiba Inu is touted as the ‘Dogecoin Killer’ by Shiba Army fans. The price duel between these two dog-themed coins is nothing more than a fun spectacle for retail investors who are in this game just for fun,” says Chandra.

Are meme coins here to stay? No one can say because they might become mainstream or die a sudden death as soon as some other spectacle catches everyone’s fancy.