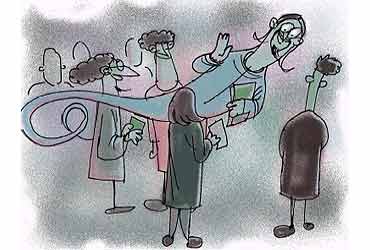 The best season for intellectual birdwatching is just after the rains, as the first signs of winter garam chai and the city’s patented smog—the colour and consistency of snot—appear. The only equipment you need as a fledgling bibliornithologist is a sharp pair of eyes, useful for spotting the discreet notice in the papers that says Professor Hugh Lee Famous is speaking at JNU or D-school. Access to the flocks of bright-eyed babblers who run the bush telegraph, and a place high up enough in the pecking order not to have to fight for passes, also help.

This year, Professor Amartya Sen was among the early birds of passage to stop by Delhi. As previous migratory visitors, from Stephen Hawking to Vilyanur Ramachandran to Ben Okri, have discovered, Delhi’s audience includes quantities of Restless Chattering Starlings. They need to be present at the first 15 minutes of the lecture, speech, panel discussion or reading of anyone famous. Once their plumage has been admired, they move on to the feeding table at the nearest dinner, leaving large blank patches in what was initially a packed audience.

At the Sen lecture, though, it took 45 minutes before the first rustlings of departure interrupted the Nobel Prize winner’s speech on the idea of India, a record for Delhi. His grand vision of a civilisation less wounded or divided than some might suppose went down well. His belief in the argumentative tradition was justified by the number of Brainfever Birds who pecked away, unsuccessfully, at his logic after the speech.

Soon enough, the rest of the flying visits began. There was Lord Meghnad Desai, who gratified India and his publisher by marrying his editor last year, and who, like Sunil Khilnani, is becoming a regular on the circuit. Sir Vidia is missing this winter, but he dropped in earlier to endorse Tarun Tejpal’s first novel. Salman Rushdie made more of a stir when he did a surprise reading of ‘The Firebird’, his new short story, dropping by as William Dalrymple’s guest at the Oxford Bookstore. The circuit is broadening—new faces included Thomas Friedman, who aired his flat world theory in front of a CII audience, Mike Marqusee, whose Bob Dylan book drew every ageing hippy in town out of their lairs, and Robin Sharma, author of The Monk Who Sold His Ferrari.

Of the visitors, the one and only bard of passage was Vikram Seth, who last gave an official reading after the publication of An Equal Music. So when he showed up to plug Two Lives at The Taj Mahal hotel recently, the Diwan-e-aam and khas were packed. The only guest who had breathing space was an anonymous painter who had arrived with a huge canvas that depicted Seth against the cover of Two Lives, portrayed as a sort of reverse Dorian Gray, wizened, simian and with a sinister leer marking his features. But then that’s another species Delhi specialises in at book readings—the Feather-Brained Cuckoo.

It was when the terrifyingly sharp Umberto Eco made his maiden visit to India, though, that you saw the full complement out in force. There they were at the Alliance Francaise: the Bibulous Bulbuls, the Culture Vultures, the Page Three Mynah Birds digging for gossip, the Greater Common Shrills, the caustic Butcher Birds, the Racket-Tailed Drongos and the agreeable Wagtails, who never contradict or express an opinion. There were even a few Birds of Paradise, usually seen on the polo or fashion circuit where they’re stalking bachelor pigeons ripe for the plucking.

Eco made his points about how text messaging may actually help return the next generation to the printed word, the survival of the Gutenberg Galaxy and the uses of mistranslation. It was only when an overexcited man declared, "You are just like Samuel Johnson the lexicographer; he was as weighty round the waist as you," that he was even slightly ruffled. "Who’s that?" he said genially.

Just a very odd bird. Their keepers let them out especially for readings. And no doubt, if Michael Ondaatje (already been here) or Amos Oz (never dropped by, but might) or other literary luminaries come by, they’ll be there, ready to shake a tail feather.

Nizamuddin: Rising In The East