Assam Will Not Be Safe Under Congress Rule, Only BJP Can Safeguard State From Terrorists: Amit Shah

'Give us five more years in Assam, we will rid (the state) of bullets, agitations and floods,' Home Minister Amit Shah said 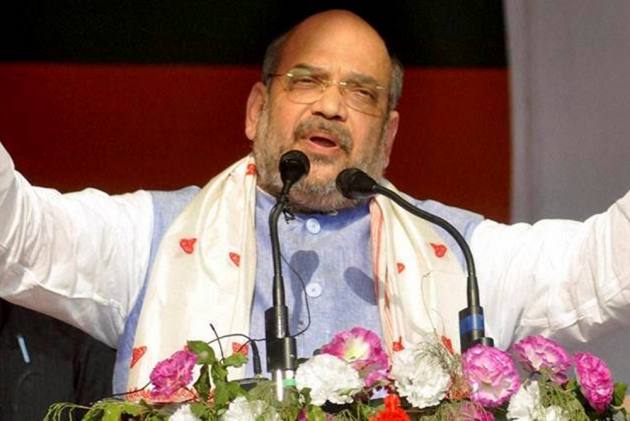 The Congress and the All India United Democratic Front headed by Badruddin Ajmal will open Assam’s gates to welcome  infiltrators into the country and only the BJP can safeguard the state, Union Home Minister Amit Shah said on Sunday.

The Congress indulged in a policy of divide and rule and the state only witnessed bloodshed during Congress’ rule. The Congress murdered scores of Assamese youths, Amit Shah alleged.

“Give us five more years in Assam, we will make it free from bullets, agitations and floods,” the senior BJP leader said.

While addressing a rally in Assam’s Kokrajhar district, the home minister also said that the BJP government at the Centre was committed to fulfilling the Bodo Accord. “Bodoland Territorial Region (BTR) Accord was inked a year ago and marks beginning of end of insurgency in Northeast," Shah said.

The home minister also alleged that the Congress had entered into "several pacts with militants" but failed to keep up with its promises. He reiterated that PM Narendra Modi and the BJP is committed to fulfilling Bodo Accord clauses.

"I have come here to iterate that Prime Minister Narendra Modi and the BJP are committed to fulfilling all clauses of the BTR Accord, which will pave the way for peace and development in the region. It marks the beginning of the end of the insurgency in the region," Shah said.

Political rights, culture and language of all communities of Assam are secure under the BJP government, he said, during his address on the occasion of BTR Accord Day.

"The prime minister was in Assam on Saturday, and he distributed land pattas (certificates) to more than one lakh indigenous people. The state government has already made Bodo the associate language of Assam.

"Several measures have been taken to protect, preserve and promote the rich culture, language and heritage of all communities of the state," the Union minister said.

Only the BJP, under the leadership of Narendra Modi, can make Assam corruption-free, terrorism-free and pollution-free, Shah added.

The BTR Accord, designed to usher in peace in the Bodoland Territorial Areas District (BTAD), was signed on January 27 last year by the Centre, the Assam government, all four factions of the National Democratic Front of Bodoland and the then Bodoland Territorial Council chief Hagrama Mohilary.