Author Andrew Whitehead in his book 'The Lives of Freda' has devoted several chapters to Freda Bedi and her husband B.P.L Bedi's life and times in Kashmir. 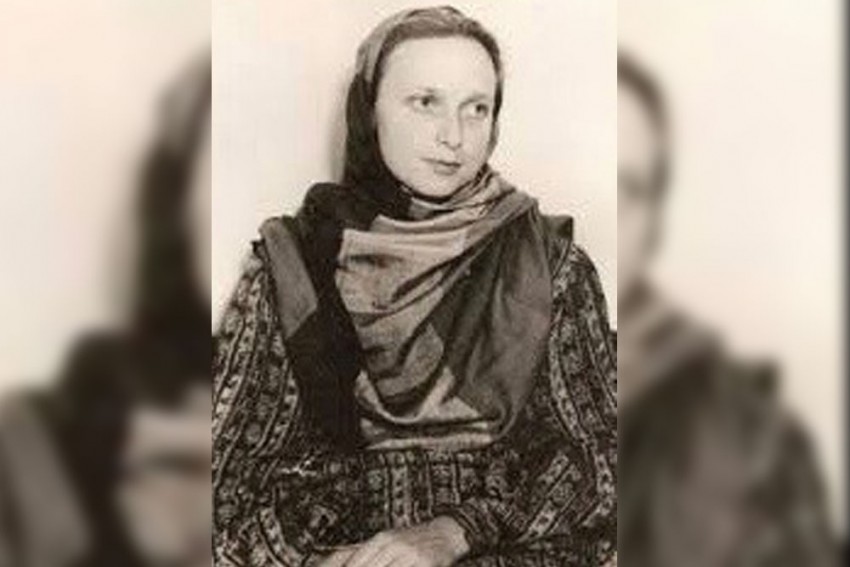 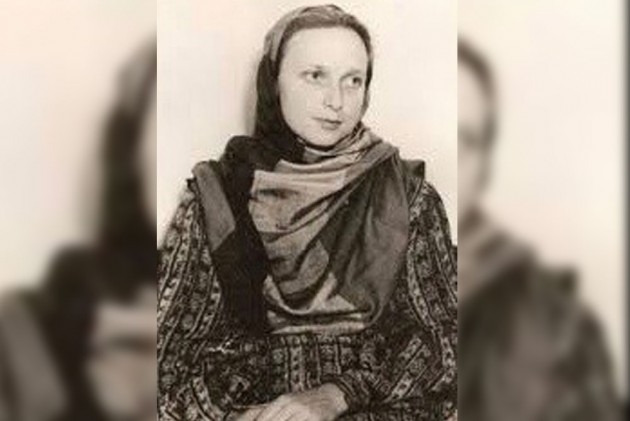 When an English woman Freda Bedi and her Punjabi husband Baba Pyare Lal (B.P.L) Bedi, travelled to Kashmir in 1930s to get relief from the scorching heat of Lahore, the husband and wife got involved in the progressive nationalist movement in the princely state of Jammu and Kashmir. In the next 10 years, the Bedis played an influential role in Kashmir’s turbulent politics and the defining events of the 1940s.

In the spring of 1946 when Sheikh Mohammad Abdullah launched the ‘Quit Kashmir Movement’ against the Dogra Maharaja rule, B.P.L Bedi was in Lahore. However, Freda Bedi, was in Kashmir with her four-month old son Kabir Bedi. The police and the CID wanted Freda Bedi to leave Kashmir. Freda stayed in the Valley in spite of deportation orders and would meet ‘underground Kashmiri nationalists’ in burqa. Years later, she wrote to Kabir Bedi on the latter’s 19th birthday, an intensely personal letter about those events and Kabir being under burqa, “you were tucked away under it, close to my heart”. Freda’s secret meeting was to pass on messages between National Conference leaders in Lahore and Srinagar.

As Kashmir dominated the lives of the Bedis, journalist and author Andrew Whitehead in his book The Lives of Freda has devoted several chapters to Bedi’s life and times in Kashmir. After 1947, B.P.L Bedi, being a close confidante of Sheikh Mohammad Abdullah and an insider, was coordinator of government policy and author of key speeches. Later both husband and wife were part of Jammu and Kashmir’s Central Advisory Board on Education. Freda also taught English Literature in the early 1950s at the Government College for Women in Srinagar. The couple left the Valley in early 1953.

Naseer Ganai speaks to author Andrew Whitehead about the Kashmir years of Bedis and their influence on Kashmir politics.

Q: Was Kashmir’s intellectual scene dominated by Marxist intellectuals and Left-leaning literati when the Bedis started visiting Kashmir in the 1930s? Or did it come into prominence after B.P.L Bedi and his English wife Freda Bedi spent years in Kashmir?

A: Lahore-based leftists were influential in Kashmir from the late 1930s, at the same time as the rise of Sheikh Abdullah's National Conference. The Bedis' increasing presence in Kashmir coincided with - and contributed to - a radical turn in the National Conference. Sheikh Abdullah was a close ally of Nehru, but he also relied a great deal on the support and guidance of the Bedis and other communists who visited Kashmir or were based there. Sheikh Abdullah's links with the Left are not as widely known as his alliance with Nehru, but they go a long way to explaining the very evident progressive nature of Kashmiri nationalism in the 1940s.

Q: Were the communists like B.P.L Bedi solely responsible for stopping Sheikh Mohammad Abdullah from plunging into the Quit India Movement of 1942. What was the role of Bedis in the Quit Kashmir Movement of 1946?

A: B.P.L. Bedi claims - and we only have his version of events - that he more or less single-handedly stopped Sheikh Abdullah from endorsing Congress' Quit India campaign. The Communist Party of India at that time supported the British-led war effort - because Hitler had turned on Stalin's Russia and invaded the Soviet Union, while Congress insisted that India's priority had to be representative government and a timetable for independence. Bedi also warned Sheikh Abdullah that if the National Conference supported Quit Kashmir its leadership might well be arrested, leaving the movement rudderless at a crucial time. On this latter point, Bedi was probably right. I suspect that Sheikh Abdullah embarked on the Quit Kashmir campaign on his own initiative - but Freda Bedi was in the Kashmir Valley at that time and she certainly played a role in liaising with the underground National Conference leadership after the Maharaja's police had arrested Shiekh Abdullah and many of his colleagues. B.P.L. Bedi provided active support from Lahore - and arranged for the prominent British communist, Rajani Palme Dutt, to visit Srinagar and attend Sheikh Abdullah's trial as a show of support.

Q: What was the role of communists, especially of B.P.L Bedi, in the land reforms initiated by Sheikh Mohammad Abdullah as you have quoted Christabel Taseer describing him as "advisor in chief' to Sheikh Abdullah, and Josef Korbel calling him as 'the eminence grise behind the Abdullah government."

A: Bedi was, as well as a Communist, a prominent activist in Punjab's kisan movement. I think he encouraged the National Conference to advocate land reforms, and he certainly played a key role in drawing up the 1944 'New Kashmir' manifesto which demanded 'land to the tiller' - one of the earliest expressions of this political slogan in India. Bedi was very influential in Srinagar, and Sheikh Abdullah relied on him a lot, but I suspect his role was not as sinister as Josef Korbel, a very outspoken anti-Communist, suggests.

Q: You have stated that B.P.L. Bedi’s most outstanding political achievement was that he was the principal architect of the New Kashmir document, but at the same time the book says it was stolen from Stalin’s communist manifesto. Also, you say that Bedi never claimed ownership of it. Which of the three statements is correct?

A: B.P.L. Bedi took the lead in compiling the 'New Kashmir' manifesto. It's a very ambitious 44-page document which was both a manifesto and a draft constitution. Bedi never claimed to have written the entire document - because he didn't. He borrowed liberally from other documents, and the proposed constitution for Jammu & Kashmir was based closely on the 1936 constitution that Stalin introduced in the Soviet Union. So all three statements are correct - Bedi was the main person involved in putting together the manifesto, though much of it was taken from other publications, including the Soviet constitution. I wouldn't say that 'New Kashmir' stole from the Soviet document - which suggests dishonesty - simply that given the task of a devising a draft constitution, Bedi turned for inspiration to the constitution that he knew and admired most, that of Stalin's Soviet Union.

Q: The New Kashmir Manifesto featured a drawing of a woman on its front cover. Whose idea was it?

A: I don't know - but I think it is remarkable. The woman was a representation of a National Conference activist, Zuni Gujjari, and she is depicted as politically assertive rather than decorative. This tallies with the distinctly progressive sections of 'New Kashmir' addressing women's rights, including to education and training as well as full social and political equality. It's one of the most intriguing aspects of Kashmir nationalism in the 1940s. And of course a few years later Srinagar saw a left-wing women's militia, the Women's Self-Defence Corps, of which Freda Bedi was a member. She may have had a role in achieving the emphasis on gender issues in 'New Kashmir' but there's no definitive confirmation of that.

Q: Was Jawaharlal Nehru’s letter to Sheikh Mohammad Abdullah about the activities of B.P.L Bedi the only reason responsible for the sudden exit of Bedis from Kashmir in early 1953 or were there some other reasons?

A: I think there were a range of reasons - Nehru's unhappiness with Bedi was one factor, so too was Sheikh Abdullah's increasing disenchantment with his left-wing supporters. I suspect the Bedis also had personal reasons for leaving Kashmir.

Q:  What was the role of Freda Bedi in establishing the Government College for Women and how many years did she spend in the college as a lecturer in English?

A: Some of Freda Bedi's former colleagues in the Women's Self-Defence Corps took the lead in setting up the Government College for Women. Freda gave birth to her daughter in Srinagar in 1949. When she returned to work the following year, she started lecturing at the College and continued in this role for about two years. She is still remembered fondly by some of her Kashmiri students

Book Excerpt | The Scent Of God