Johri worked in various positions with Discovery Channel from 2001 to 2016 before taking over as the BCCI CEO. 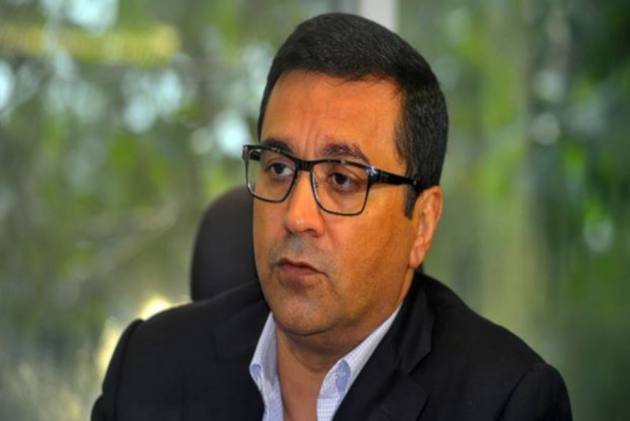 The three-member panel constituted to probe the alleged sexual harassment case against the Board of Control for Cricket (BCCI) CEO Rahul Johri has summoned the board's top brass to appear before it as the issue becomes serious by the day.

Acting BCCI president CK Khanna and acting secretary Amitabh Choudhary are likely to join treasurer Anirudh Chaudhry for deposition on Monday. They are the three principal office bearers of the board.

While treasurer Anirudh had emailed to the probe panel on Friday, offering to assist the panel in its probe against Johri, Khanna and Amitabh received mails from the panel on Sunday asking them for deposition.

"Yes both CK Khanna and Amitabh have received mails to join Anirudh for a deposition in the sexual harassment case on Monday at the BCCI headquarters," a senior BCCI official told PTI on Sunday.

"This is the right decision by the panel to call all the office bearers for helping them assist in the probe. I believe all the employees (male and female) of BCCI should also be called for deposition," the official added.

In the wake of #MeToo movement, author Harnidh Kaur posted the allegations against Johri by an unnamed victim, who claimed to be an ex-colleague of Johri at the Discovery Channel.

Johri worked in various positions with the channel from 2001 to 2016 before taking over as the BCCI CEO.

As of now, the only high profile deposition has been of former BCCI Anti-Corruption Unit head Neeraj Kumar, who appeared before the panel on Saturday via Skype.

Monday is the last day for deposition while November 15 is the deadline for the probe panel to submit its report to the COA.