It was the only trade in India carried out on barter system, which many believe had an inbuilt mechanism of loose threads which could be tweaked and used by Pakistan for its 'nefarious' designs. 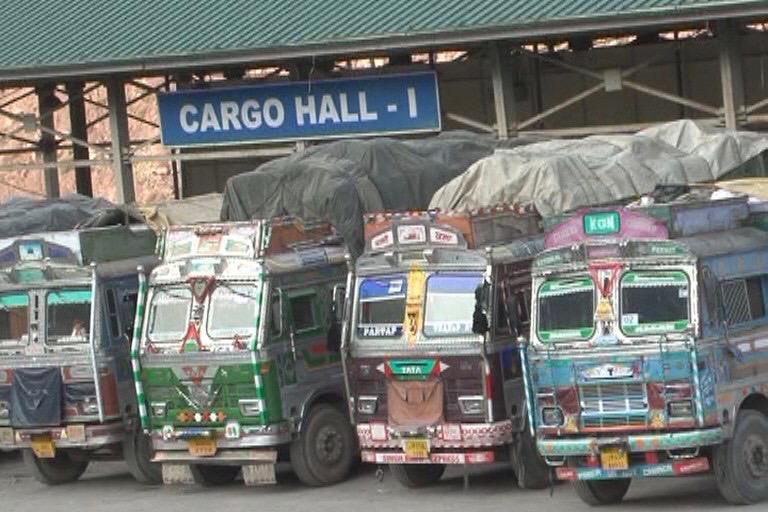 Cross-LoC trade between Jammu and Kashmir and Pakistan-Occupied Kashmir (POK), suspended by India on April 18 evening, was once highlighted as a confidence-building-measure (CBM) between the two nations to ease tension over Kashmir. But it was marked with controversies from the very start.

Security officials believed the CBM was a "hasty" decision while traders consistently suffered in the absence of a proper mechanism.

It was the only trade in India carried out on barter system, which many believe had an inbuilt mechanism of loose threads which could be tweaked and used by Pakistan for its 'nefarious' designs.

In April 2005 India and Pakistan agreed to started Cross Line-of-Control bus service, after the 2003 ceasefire agreement, between families of Jammu and Kashmir who got divided after the 1947 Partition. Majority of these families are in Poonch and Rajouri districts of Jammu region.

Subsequently, three years later, cross-LoC trade was started on October 21, 2008 during the United Progressive Alliance-I government. Like the bus service limited to divided families of the erstwhile undivided state of J&K, the trade too was framed limiting it to traders of J&K and PoK, but over the years it failed to serve the purpose.

"Security officials had been consistently asking the Indian government to revamp the trading system. In the past, on many occasions the finest quality of heroin was recovered from trucks coming from PoK. Since the trade was done on barter system, Pakistani traders would usually do under-invoicing and the balance money would be collected by Pakistani handlers to fuel separatism and terrorism," former J&K DGP K Rajendra told Outlook.

On July 2017, 66.5 kg suspected heroin worth Rs 300 crore was recovered from a PoK truck and the driver, Syed Yousuf, was arrested.

In January 2016, 100 kg of finest heroin, and in 2014, 100 kg brown sugar was seized from trucks which came from PoK which crossed over to J&K under cross-LoC trade. All these seizures were made in Kashmir region -- and not in Jammu -- where terrorism is funded by Pakistan most.

Cross-LoC trade would take place from Salamabad in Kashmir and Chakan-da-Bagh from Poonch in Jammu region. On April 18 when the decision to suspend trade was announced, 35 trucks were parked at the cross-LoC trade centre Poonch which were scheduled to cross the border on April 19. Authorities didn't allow them to move.

Traders say they have been consistently suffering on account of regular suspension of trade due to cross-border firing and in the absence of a regular mechanism.

"We support the decision taken in the interest of national security, but when it's restored the Government of India should put in place a proper standard operating procedure with clear-cut guidelines and just one nodal officer," Pawan Anand, president, Cross-LoC Traders Association, Poonch told Outlook.

Exploiting loopholes in the registration, many people without prior trading experience got themselves registered as traders in India. Allegations surfaced that traders from outside, mainly Punjab, Delhi and even Mumbai, had got hugely involved with agents in Poonch.

Home ministry said some individuals, who have crossed over to Pakistan and joined militant organizations, had opened trading firms in Pakistan.

Traders say the home ministry issued guidelines that balance of payment between two traders across the border shouldn’t exceed Rs one lakh. Traders alleged some parties with balance of even Rs 50 lakh were carrying on trade, fueling doubts about hawala transactions.

Home ministry said in different consignments passing through LoC, Rs 57 lakhs, Rs 20 lakhs, Rs 15 lakhs and Rs 7.5 lakhs of fake currency notes have also been seized. In the absence of a banking system, proper account books were not maintained.

Pakistan government has consistently denied the Indian demand to put in place a banking system for the trade.

"Pakistan deliberately doesn't want banking system as it would then give it a status of international trade between two sovereign nations, and not just between J&K and PoK, clearly undoing Pakistan’s claim that J&K is a disputed territory," a senior government official, wishing not to be named, told Outlook.

About 800 traders are registered with the trade in entire J&K and the number is almost the same in PoK. Traders from both sides haven't held a meeting in the last three years, though as per the agreement a meeting should take place after every 15 days.

Traders from both sides had held a meeting in Dubai and even in Baku (Azerbaijan) to resolve trade issue and match books. Initially, 21 listed items were to be traded which included local produce, but was expanded to include produce from the rest of country like bananas, cashew nuts, grapes.

Many complaints were received that traders outside J&K got involved in this trade through dubious means to avoid tax which they would incur for trading from the Wagah border. Security officials say traders from Punjab in Pakistan got involved in a big way and they used to route in money for fueling separatism and terrorism.

In the last one decade even body scanners for trucks haven't been put in place though work started on it about three years ago.

"A banking system not in place, trucks not being scanned thoroughly, rampant under-billing -- what else does Pakistan need to tweak and play the system to its advantage for disturbing J&K? India should have done it three years back," said a former J&K DGP.

‘We Agreed To It But…’: AAP On Failed Alliance Talks With Congress