The court has also upheld life imprisonment of 146 soldiers convicted in the case. 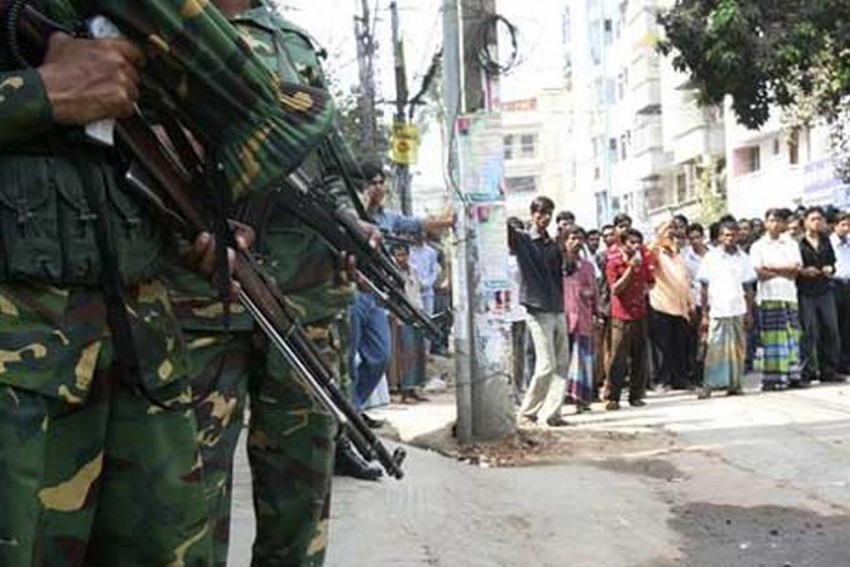 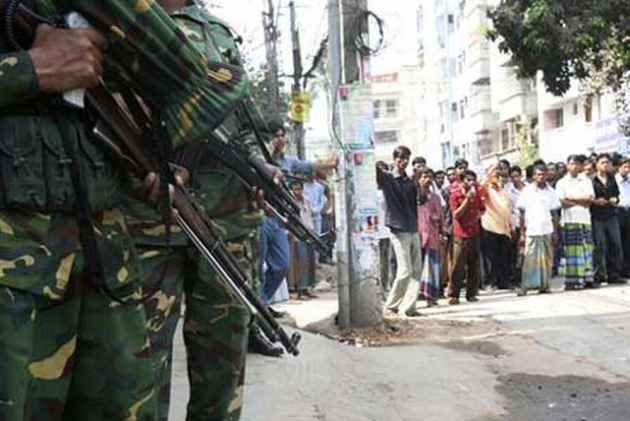 The Bangladesh High Court today upheld the death sentence of 139 soldiers involved in a 2009 mutiny and their role in the massacre of 74 people, including 57 Army officers, in the country's biggest-ever criminal case. The court has also upheld the life imprisonment of 146 soldiers convicted in the case.

The judgement comes after the court started delivering the verdict yesterday in the death sentence of the total 152 convicted soldiers of the then Bangladesh Rifles (BDR) for the brutal killing at the border guards' headquarters here.

"One thirty nine will have to walk to gallows and 146 will be imprisoned for life," Attorney General Mahbubey Alam told a media briefing, quoting the over 1,000-page judgement delivered by a three-judge High Court bench.

"The rebels staged the mutiny so no military officer could serve in BDR, so they killed the innocent (army) officers systematically. This is unprecedented," Alam said.

A key lawyer on the defence side Aminul Islam, however, called the judgement "unexpected" and "defiance of justice" as it mostly upheld the lower court verdict "which had been delivered in most cases without any evidence".

"I will advice my cleanest (convicts) to file appeals before the (apex) Appellate Division of the Supreme Court to get justice," he said.

The judgement comes four years after a lower court in Dhaka handed down capital punishment to 152 and life term to 158 soldiers of the BDR.

The bench yesterday started reading out the entire judgement on the death sentence and appeal hearing of the trial of what is said to Bangladesh's biggest ever criminal case.

A Dhaka court had awarded death penalty to 152 jawans and non-commissioned officers of the BDR, which was renamed as the Border Guard Bangladesh (BGB), in November 2013.

The court had sentenced 158 to life imprisonment, 251 to imprisonments up to 10 years for the February 25-26, 2009 carnage, when 74 people, including 57 military officers serving in the BDR, were killed.

"It appears from discussions and reviews before and after the BDR mutiny that it was a conspiracy by a quarter with vested interest to hamper the stability of the state and socio-economic safety," said the bench in its observation part of the judgement.

The bench observed that it was "an attempt to destroy a trained and skilled professional force through conspiracy".

The BDR jawans had been accused of masterminding the mutiny plots, torturing and killing their officers, looting their belongings or keeping their family members captive during the rebellion.

They had also killed eight civilians, eight fellow BDR soldiers who apparently were opposed to the revolt and an army soldier apart from the 57 military officers.

Legal experts had called it the country's biggest-ever criminal trial in which some 800 ex-paramilitary soldiers had been accused of the murder of 74 people during the revolt in February 2009.

Never before had so many accused, 850 in total, been tried in a single case in the history of Bangladesh.

The bench heard the death sentences and appeals for over a year during which BDR's former deputy assistant director Touhid Ahmed, a soldier-turned-officer, appeared as the key leader of the mutineers. He was also given the capital punishment.

Two civilians, who were awarded the life term, included former lawmaker of main opposition BNP Nasiruddin Ahmed Pintu and Awami League leader and ex-BDR soldier Torab Ali as they were found guilty of collaborating with the mutineers.

Bangladesh had renamed the mutiny-stained force as BGB in 2012 under a massive revamp.

The rebel BDR soldiers had staged the mutiny, alleging "deprivation", at the force's Pilkhana headquarters here. It soon spread at the frontier force's sector headquarters and regional units across the country.

The soldiers turned their guns on their commanders, shot them from close range or hacked and tortured them to death.

They hid their bodies in sewers and hurriedly-dug graves and also held captive their frightened family members and humiliated them in barracks.

They had set the date for staging the revolt coinciding with the annual 'Darbar' or meeting of ordinary soldiers with the top brasses, while the then BDR chief Major General Shakil Ahmed was their first victim.

The casualties took place at Pilkhana alone during the mutiny when the rebel soldiers outside Dhaka defied the command, took charge of the armoury and came out of their barracks confining their commanders from military inside.

The rebels went on a killing spree during the 33-hour revolt at Pilkhana when they also murdered the then Dhaka sector chief Colonel Mojibul Haque and other army officers.

The mutiny was a challenge for the newly elected government of Prime Minister Sheikh Hasina.

Earlier in 2012, Bangladesh concluded another phase of trial of the rebellion with 11 paramilitary courts sentencing 6,011 rebel soldiers of 57 units to jail terms up to seven years under the relatively lenient BDR Act.