The 10 millionth two-wheeler to roll out of Yamaha’s production facility was the recently launched FZS-FI V3.0 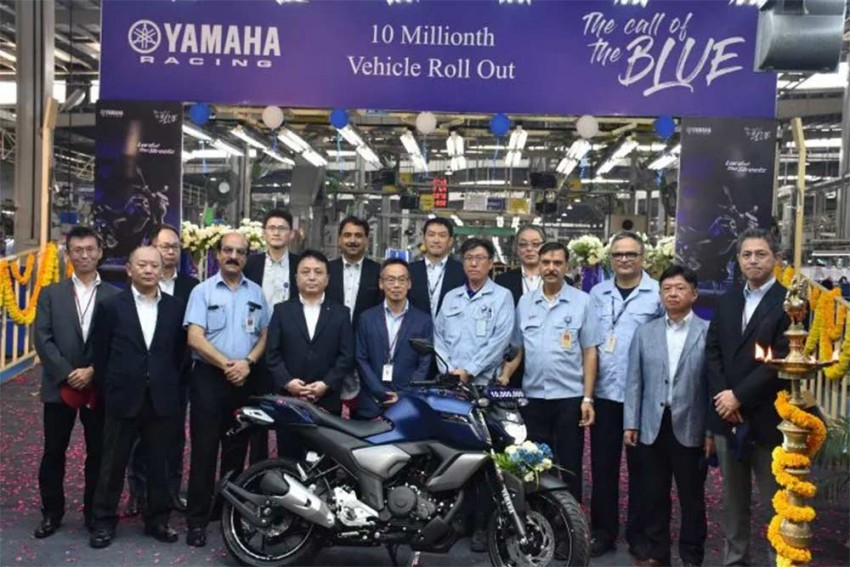 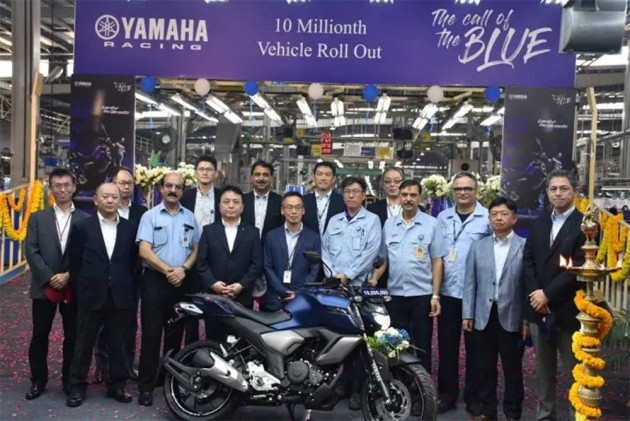 Yamaha India has rolled out its ten millionth two-wheeler in India. This feat was achieved in 34 years of its presence in the country. Even more interestingly, the company produced half of its total units only in the last seven years, from 2012 to 2019. Scooters alone amount to a whopping 44 per cent of the production, with the Fascino being the biggest contributor. It isn’t all that surprising considering a lot of customers find the Fascino’s retro design language appealing. Yamaha has always enjoyed a cult-like following since its inception in India, thanks to iconic models like the RX100 and the RD350 during the two-stroke era. But it wasn’t until the last decade or so that the company gained unprecedented popularity, thanks to models such as the YZF-R15 and the FZ series. Hence, it’s only fitting that the 10 millionth model to roll out happens to be the recently launched Yamaha FZS-FI Version 3.0. So what can we expect going forward? Well, Yamaha has stated its intention to focus on the more premium side of the market. This can be seen with the recently launched Yamaha MT-15 and the upcoming NMax 155 maxi-scooter.

On this occasion, the company achieved another major accomplishment of producing 5 million units alone in last seven years between 2012 & 2019. The scooter models in this period contributed to 44 percent of the overall production with ‘Fascino’ being the major contributor. Out of the 10 Million units produced till date, 80 percent units were manufactured at the North Location which is the Surajpur & Faridabad facility and 20 percent units were manufactured at the South location which is the Chennai facility. Also, the motorcycle models contributed to 77.88 lakh units whereas the scooter models contributed to 22.12 lakh units.

“The journey for Yamaha has been quite exciting all these years. We have received phenomenal response from our customers from across the country. This landmark achievement is a testimony of our growing popularity and demand for our products which are exciting, stylish and sporty. This would not have been possible without the support of our employees, dealer partners, suppliers and vendors. They have played a key role and have extended their support throughout in line with the company’s business direction to achieve this important milestone. Going forward, we will continue to excite our customers and empower their lives through world class products and services”, said Mr. Motofumi Shitara, Chairman, Yamaha Motor India Group of Companies.