These scooters make us believe that the future is now 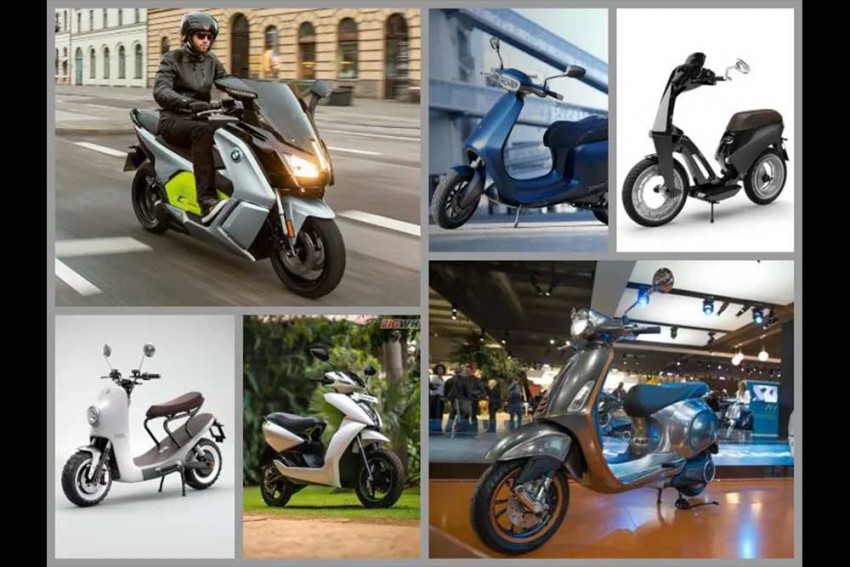 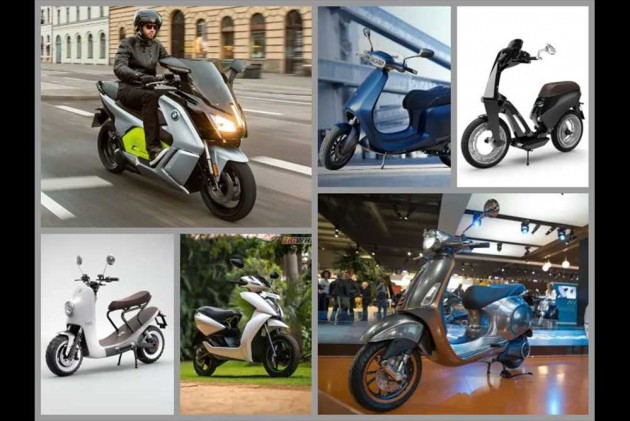 With not just mainstream bikemakers, but also boutique bike builders and startups joining the electric bandwagon, the future is electric for sure. And unlike the movies that have electric bikes set in the dystopian future, most bikes here feel like fantasy turned into reality. Here are our top 5 picks of futuristic electric scooters of 2019.

Fun fact: You can buy one of them in India. 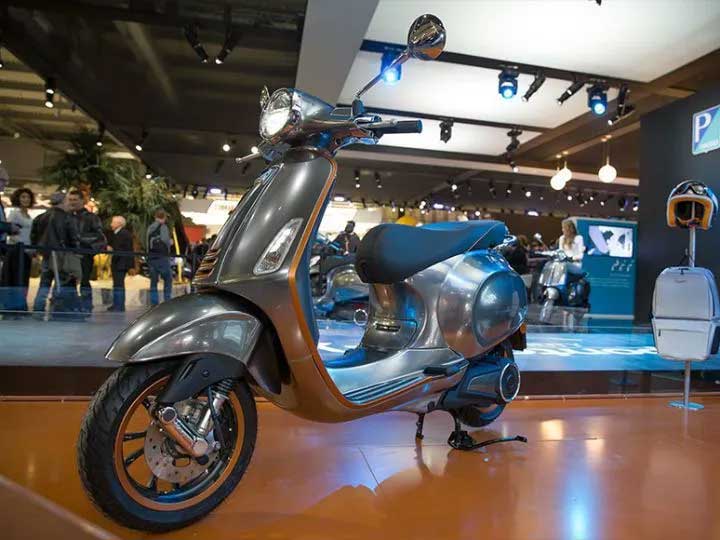 An electric scooter underneath the iconic Vespa scooter bodywork seems like an absolute win. The only way you will be able to distinguish this electric Vespa from its petrol-powered cousin is via its anodised accent on the body and rims along with the lack of an exhaust muffler. It also has a 4.3-inch colour TFT screen that gets Bluetooth connectivity and pairs to your phone via a dedicated Vespa app. Its electric motor makes around 5.4PS and has a lithium-ion battery pack that gives it a range of around 100km. It takes 4 hours to charge fully.

Fun fact: Vespa had showcased the Elettrica scooter at the 2018 Auto Expo in Delhi. 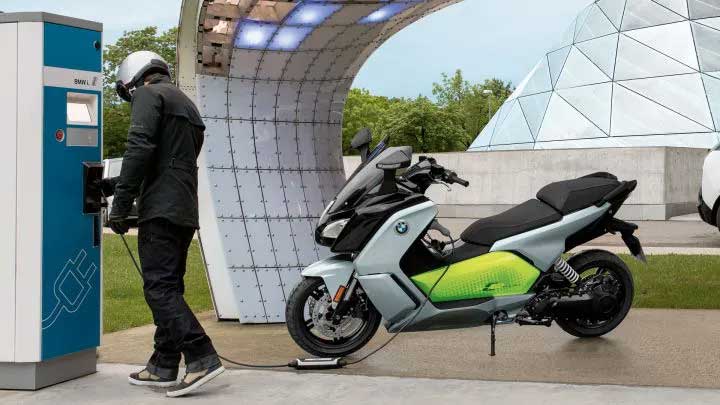 This electric maxi-scooter looks like any of BMW’s maxi scooters but gets a large green battery pack cover to make it stand out. It electric motor delivers 48PS and 72Nm of torque! That is enough to have the C Evolution accelerate from 0-50kmph in 2.8 seconds and achieve a top speed of close to 130kmph. Not just that, it gets rider aids like four rider modes and torque assist which is a form of traction control. You also get reverse assist. The huge battery pack give it around 160km of range This one almost makes us question the need for a petrol-powered scooter. 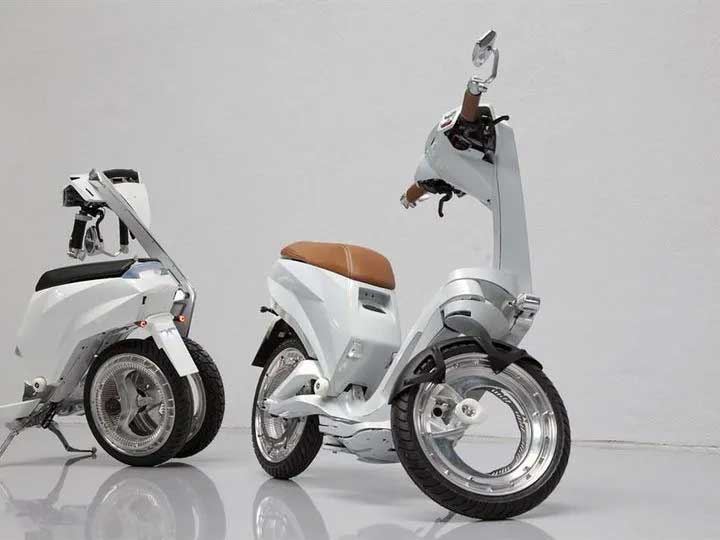 We have heard of foldable bicycles, but how about a foldable electric scooter? Designed for urban mobility, the foldable design is to reduce parking footprint. Once done riding, you can fold and carry the scooter around like a trolley bag. No really, it just weighs 49kg! This has been made possible by the use of a magnesium fibre frame and 14-inch hubless wheels. 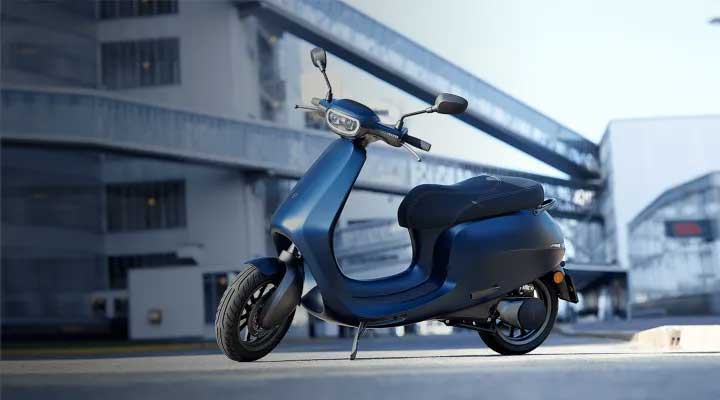 This scooter reminds us of those brightly coloured Nokia phones. The main Idea behind this electric scooter is to give you control over your smartphone apps live calls, stream music and control navigation and more, via dedicated buttons on the handlebars to minimise distractions. It gets 3-banana-shaped portable charging modules with 80km of range on each. So depending on your usage, you can have a range of up to 240km. 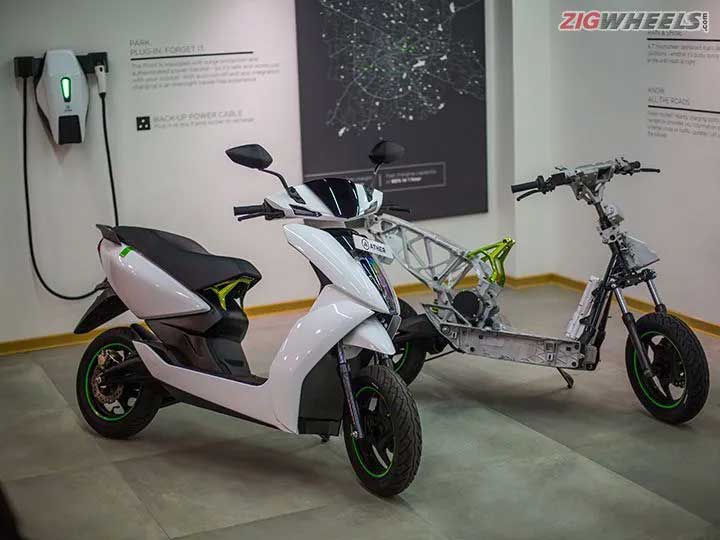 The Ather’s biggest talking point is not its performance or range, but the features it comes packed with and the ability to receive over the air updates via an inbuilt 4G sim. Also the AtherGrid means you do not have to worry about being stranded because your scooters battery has run out of juice. You can buy this one in India right now if you live in Bengaluru that is. We have ridden this scooter multiple times and firmly believe it is the most futuristic scooter you can buy in the country right now. Don't believe us? 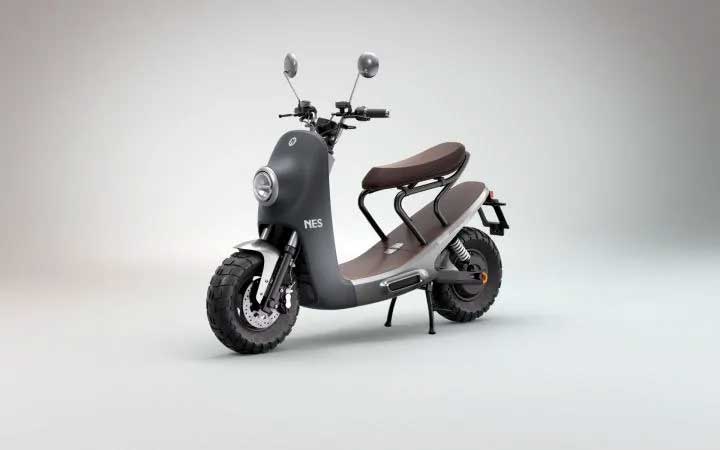 This cute looking electric scooter looks like a retro surf scooter and a much better imitation of the Suzuki Choinori (google it). It gets a banana-shaped marine ply wooden floorboard with space beneath the seat to store stuff. The NES is hugely customisable. You can choose from 72 colour options, three seat colour options and even three wooden deck options. A perfect example of a futuristic fun scooter.