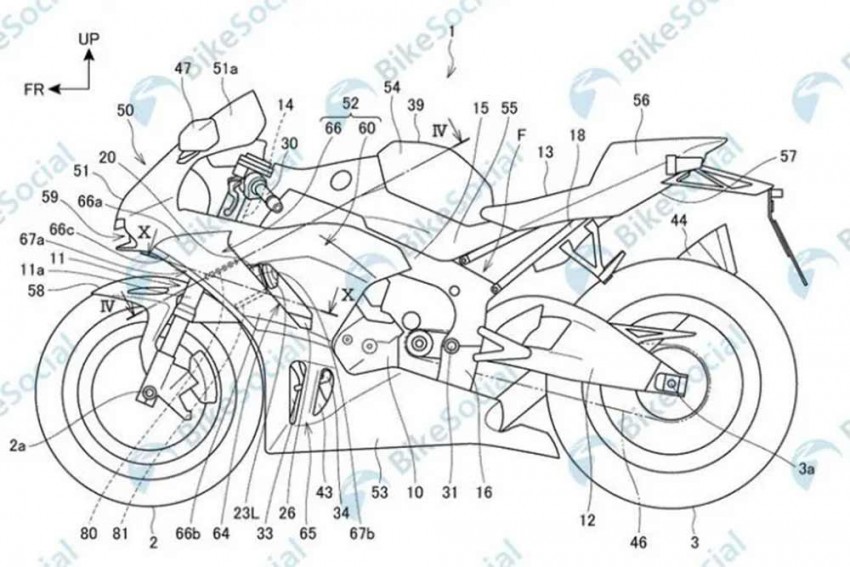 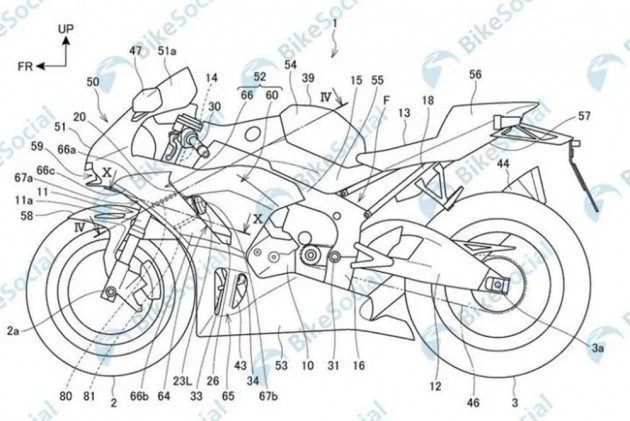 Honda has filed patents for what looks like the next generation CBR1000RR Fireblade. What's interesting is not the patent image of bike itself but the patent for Honda’s active aero technology. While this technology has been used on exotic supercars like the Pagani Huayra and the McLaren P1, it has never been used on two-wheelers before. When launched, the next generation CBR1000RR could be the first motorcycle to feature active aero. 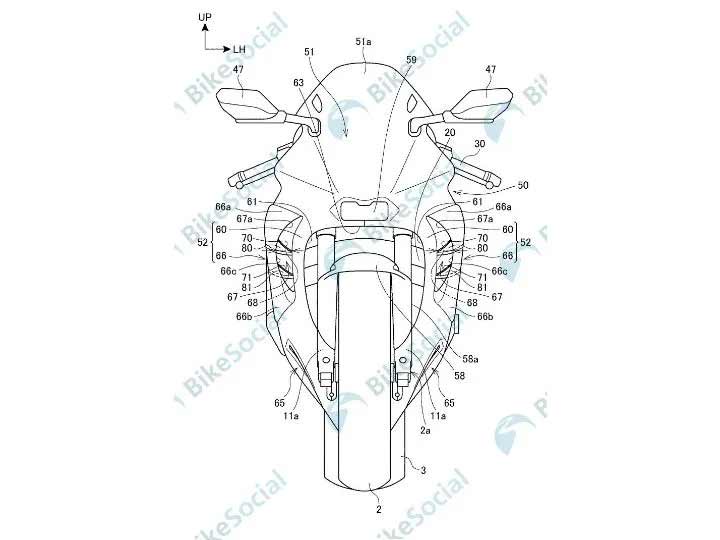 Aerodynamic winglets are not new on motorcycles. The Ducati Panigale V4 R and Aprilia RSV4 1100 Factory get fairing-mounted ones. The CBR1000RR’s four winglets sit inside the floating fairing. They are said to deploy at high speeds to create downforce and retract at low speeds to reduce wind drag. The winglets will be controlled with the help of servo motors and cables. 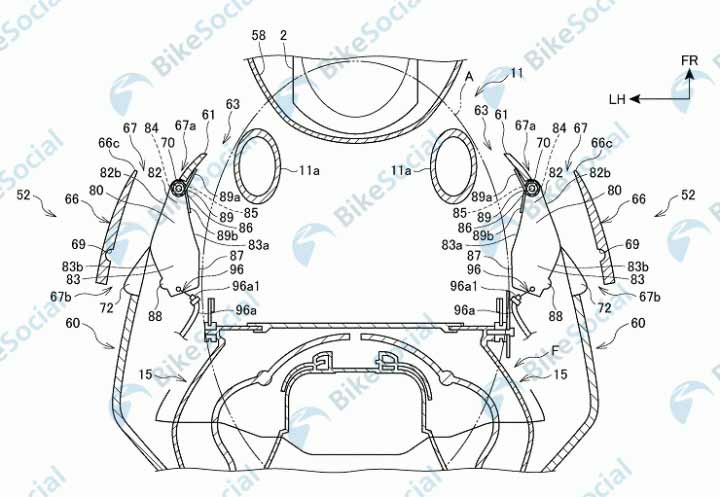 The upcoming CBR1000RR’s design seems to be inspired by Honda’s RCV213V MotoGP bike. The most striking feature is the large air tunnel on the fairing. Going by the patent images, the bike has mirrors, turn indicators and a number plate holder, so this will be a road-going bike and not some exotic track-only variant. The patent also claims that the bike will have an all-new inline-four motor. So we could be looking at a more powerful motor than the current one that delivers 192PS. It might also feature variable valve timing to rival the new BMW S1000RR’s ShiftCam technology. 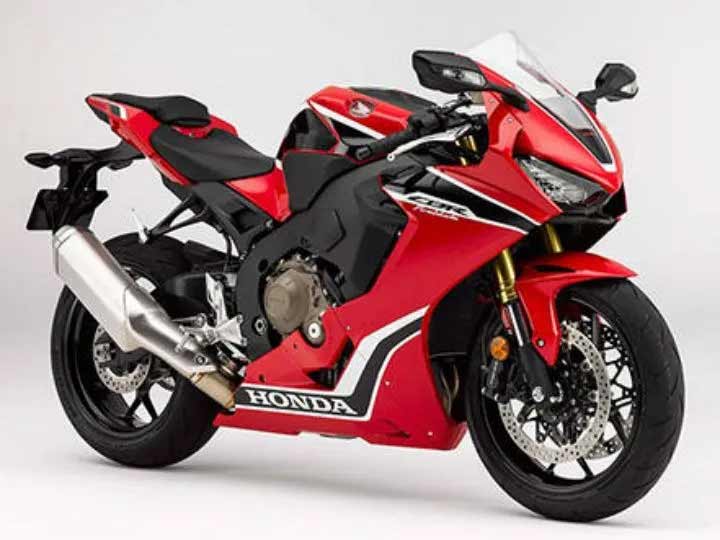 Expect the next-gen Honda CBR1000RR Fireblade to be showcased at the upcoming Tokyo motor show followed by its market introduction in late 2020. Meanwhile, stay tuned to ZigWheels for more information.