The current gen WagonR has had a long innings and the time is here for it to gracefully retire. How competitively will its replacement be priced? We make a guess

The new Maruti Suzuki Wagon R will be launched in India on 23 January. It will be sandwiched between the Alto and the Ignis in the the carmaker’s line-up. Also, the new WagonR will be available with an option of two petrol engines, both with an AMT gearbox, and in five different variants. Both the engines will not be available on all the five variants.

Let’s have a look at the expected prices of the variants of the new 2019 WagonR. 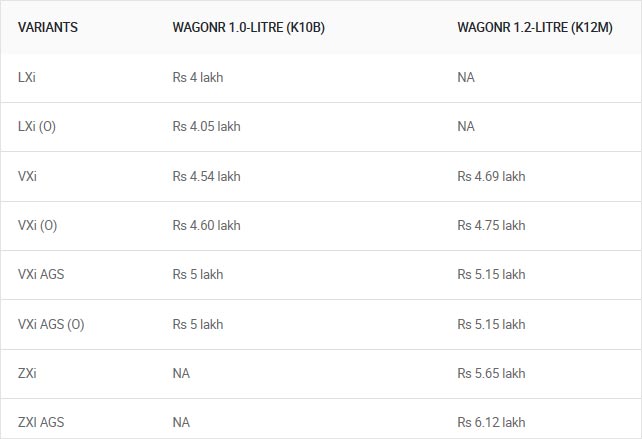 Disclaimer: These prices are only estimates. Final prices are expected to vary.

Both the engines will be available with a manual transmission as well as an AMT gearbox. AMT is available on the outgoing WagonR as well.

Here are the prices of the outgoing WagonR: 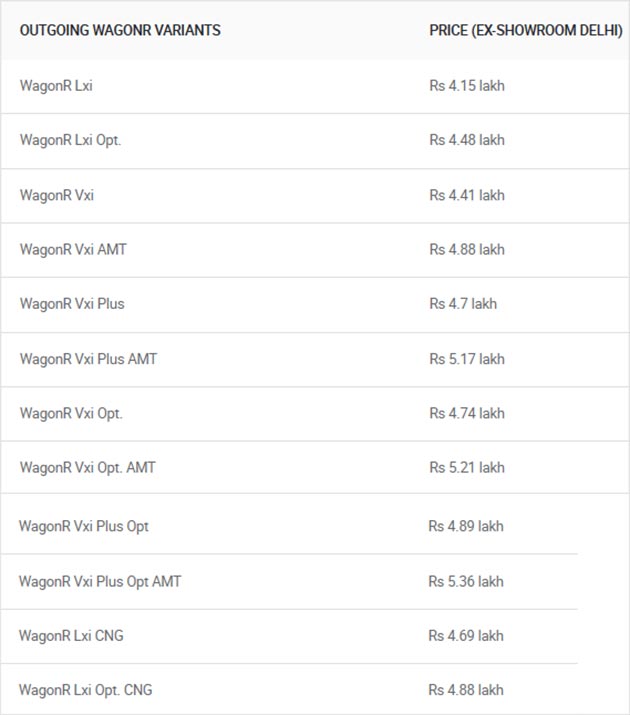 Let’s see how the WagonR’s expected pricing compares against the actual prices of its rivals.

Keeping expected prices in mind, the WagonR appears to be on the expensive side. But whether it’s still value-for-money or not will depend on how the WagonR is equipped.

What do you think of these expected prices? Will Maruti undercut these or go overboard? Let us know in the comments below and stay tuned to CarDekho for more updates on the upcoming WagonR.