The bike features CBS (Combined Braking System), which helps it comply with the upcoming safety norms 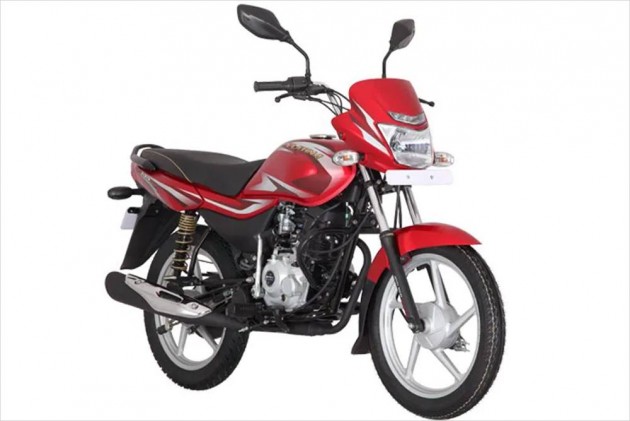 Bajaj has launched the new Platina 100KS with CBS (Combined Braking System) in India. At a price of Rs 40,500 (ex-showroom Delhi), it undercuts the Platina 100ES (Electric Start) variant by Rs 6,905. While the latter benefits from both a kick starter and an electric starter, the former only gets a kick starter. Apart from the addition of CBS, the bike is identical to the Platina 100ES. It will be offered in two colours - black and red with silver decals. Currently, the Bajaj Platina lineup comprises of the Platina Comfortec 100cc and 110cc models. The inclusion of a 100cc kick start variant (CBS) gives customers the liberty to choose from either of them depending on their budget. We had also spotted a Platina 125cc model testing in Pune, which suggests that the brand has plans of further expanding the range. And considering the recent government safety norms, the Platina Comfortec 100ES alloy is also expected to come equipped with CBS pretty soon.

Here’s the official statement from the manufacturer.

26th March 2019: Bajaj Auto, one of the World’s leading automobile companies, has now launched the Platina 100 Kick Start (KS) across the country. Platina is well known for providing class leading comfort, thanks to its ‘ComforTec’ technology. It is also recognized for superlative mileage due to its DTS-i technology. The new Kick Start variant comes with CBS (Combi Brake System) making it even safer and reliable for everyday commute.

The Platina 100 KS gives 20% less jerks, due to its ‘ComforTec’ technology which consists of longer front and back suspension, rubber footpads, directional tyres, and a spring soft seat for a hassle-free journey for both the rider and the pillion. It also has a stylish LED DRL headlamp and attractive graphics

Available in Ebony black with silver decals, and Cocktail wine red, the new Platina 100 KS is priced at â‚¹ 40,500 (ex-showroom Delhi) and will be available across all Bajaj Auto dealerships in India.