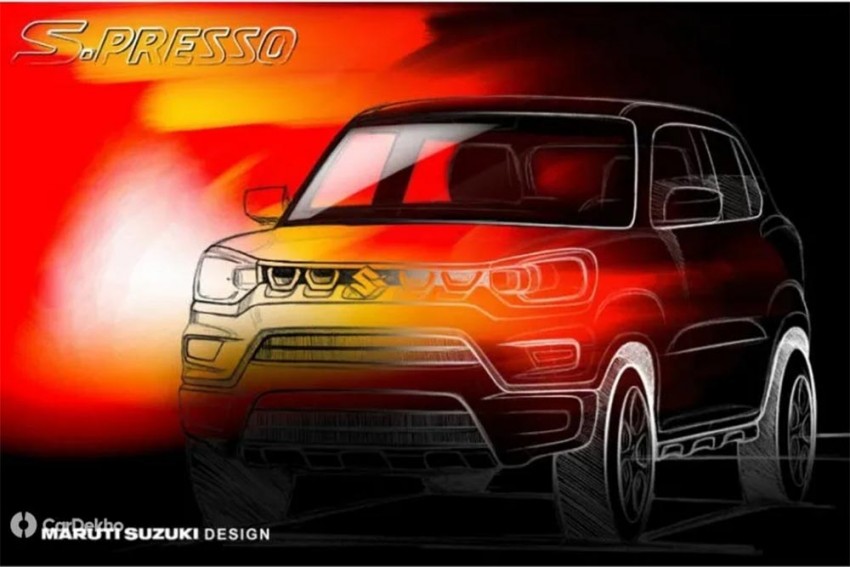 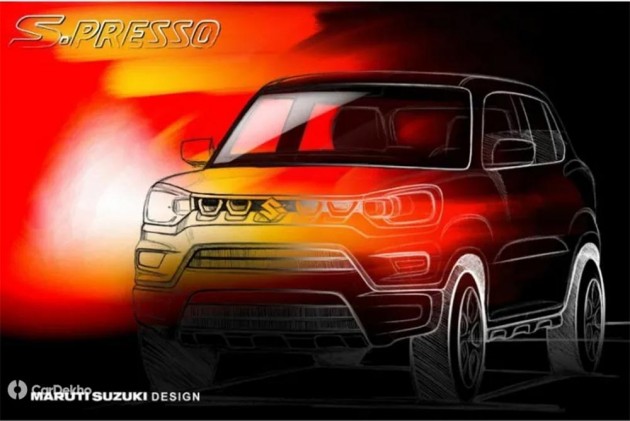 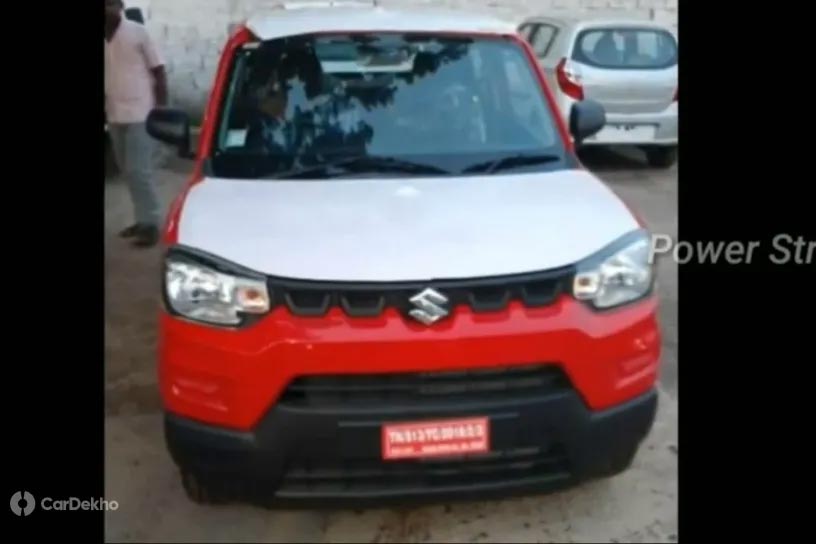 Maruti recently revealed a sketch of the S-Presso, which is scheduled to be launched on 30 September 30. Now, we’ve got a glimpse of the S-Presso’s base variant at a dealership.

The S-Presso spotted at the dealership features black cladding on the bumpers and is seen sporting 13-inch steel wheels while the higher variants will get 14-inch units.  The front grille is finished in black and does not sport any chrome elements. The door handles and ORVMs are finished in black as well. However, expect Maruti to offer a dollop of chrome in higher variants of the cross-hatch. 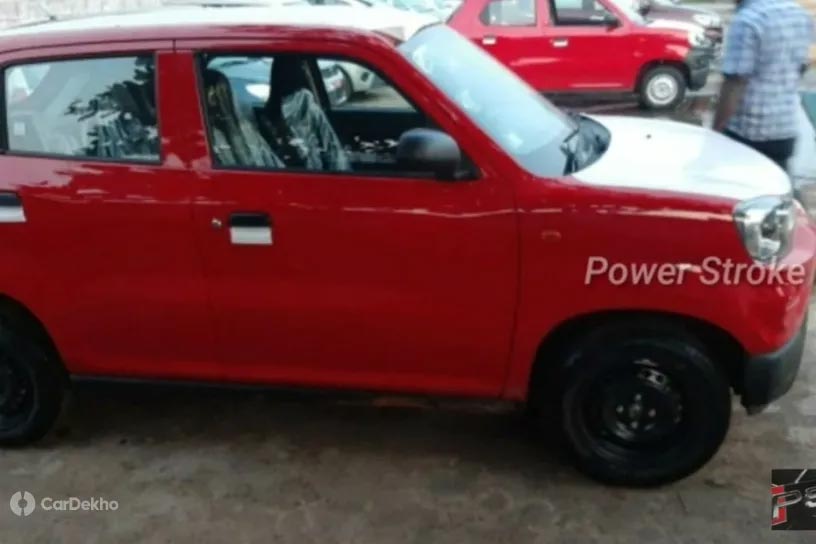 Maruti will offer the Kwid-rival with a 1.0-litre petrol engine that makes 68PS of max power and 90Nm of peak torque. It will be available with a 5-speed manual transmission and an optional AMT as well. The engine is expected to be BS6 compliant too. The top-spec variant of the S-Presso will be offered with a touchscreen infotainment system, a feature its chief rival Renault Kwid already gets. The S-Presso’s variant list was recently leaked, and you can read more about it here.

We expect Maruti to price the S-Presso around theRs 4 lakh mark and it will be sold through the company’s Arena dealerships. The S-Presso will slot in between the Alto K10 and Celerio in Maruti’s lineup.