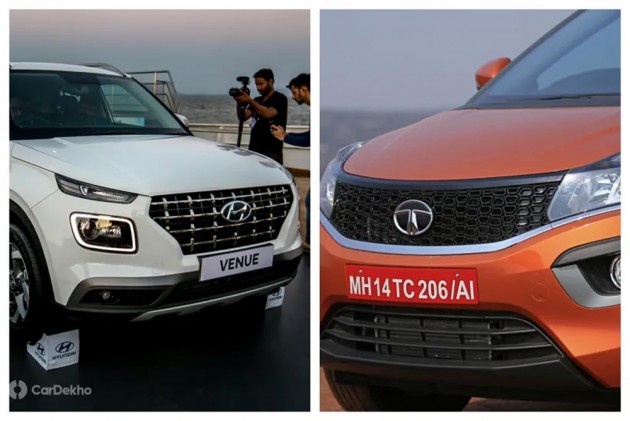 Korean carmaker Hyundai has revealed the Venue, its sub-4 metre offering that will be launched next month on 21 May. We put it side by side with one of its closest rivals, the Tata Nexon, to find out how different they are from each other. 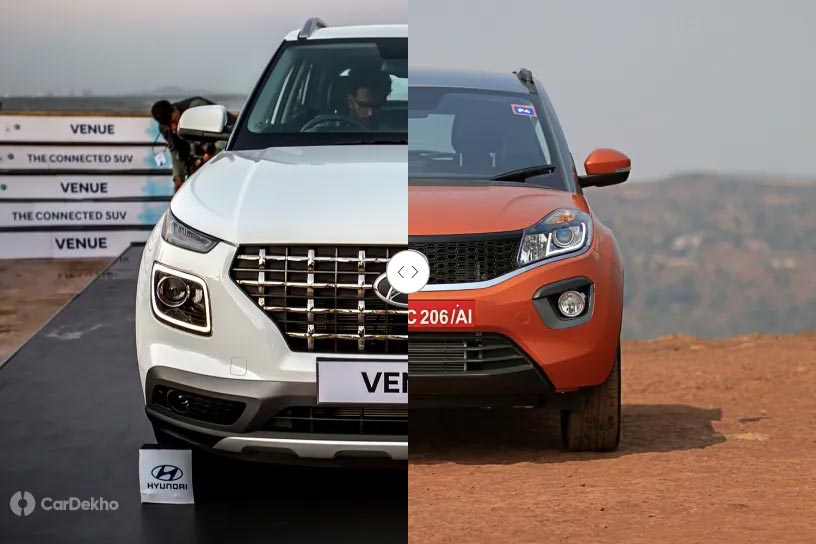 The Venue and the Nexon both have a smooth design at the front with no sharp lines jutting out. But while the Venue utilises Hyundai’s cascading grille with a twist, the Nexon’s front end is shaped by Tata’s Humanity line design philosophy. The Venue’s grille features a mesh pattern while the Nexon’s has a honeycomb pattern, and is not quite as big as the Venue’s. Also, the Nexon’s headlamps are located in the conventional position while the Venue offers a split headlamps setup, wherein the main lamps are placed on the bumper. 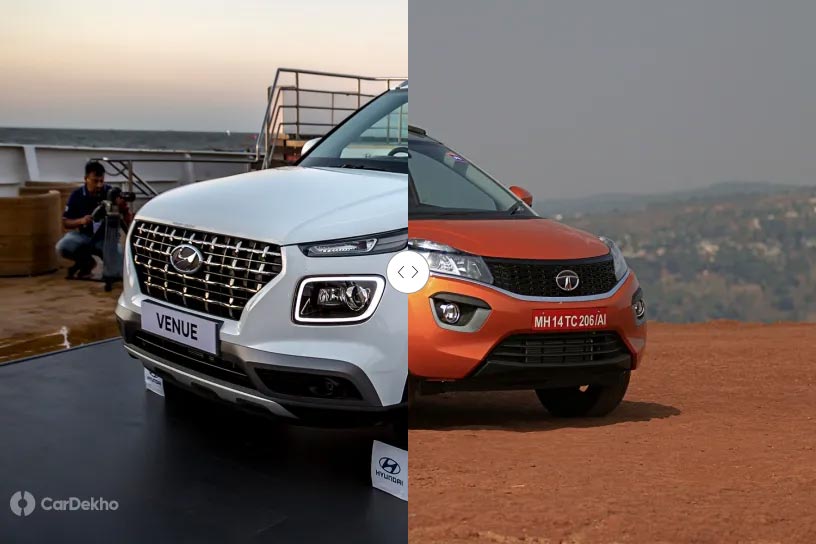 The Venue looks a bit futuristic from this angle and the split headlamps along with the huge cascading chrome grille lend it an aura of premiumness. Nexon on the other hand has more rounded curves from this angle, but the design looks fresh despite being in the market for 2 years now. The Tata is wider than the Hyundai, measuring 1811mm, compared to the 1770mm width of the Venue. 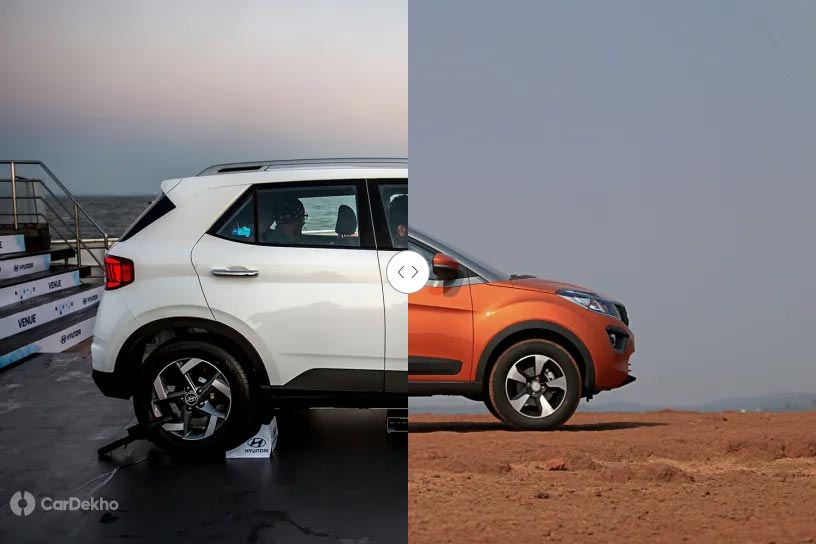 Looking from the side, the Nexon’s roofline swoops steeply in comparison with the Venue, which has a boxy silhouette much like the Creta. Both the SUVs get 16-inch alloy wheels. The Venue’s wheels are a treat to look at and the Nexon’s wheels look a bit plain Jane compared to them. Compared to the Venue, the Nexon is just 1mm shorter in length, measuring 3994mm. It’s wheelbase is also 2mm shorter than the Venue’s, measuring 2498mm. Surprisingly, the Nexon is taller (1607mm) than the Venue (1590mm), despite its coupe-like roof line. 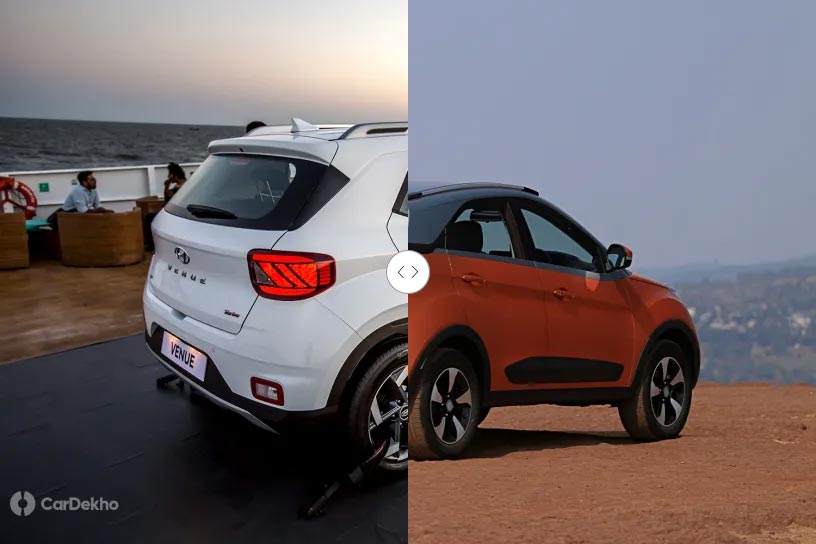 With a boxy silhouette, the Venue looks more like a traditional SUV from this angle. Nexon, on the other hand, looks more like a crossover courtesy of its swooping roofline that also makes it look less taller, than it actually is. The Nexon is also available with a dual tone paint scheme that makes it look trendy. Hyundai is yet to disclose if the Venue sold in India will get this option. 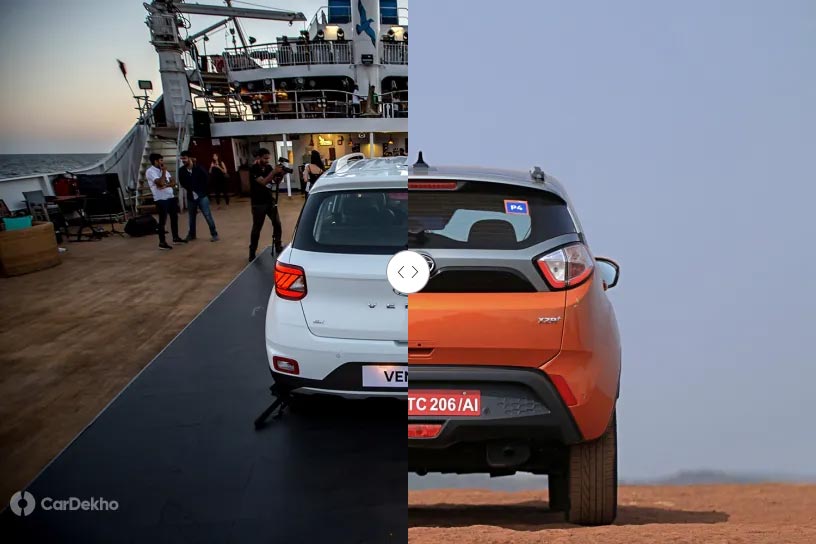 The Nexon’s rear design is funky. The Venue on the other hand has a more sober and sophisticated rear end. Also, the Venue’s reverse lights have been integrated in the rear bumper, rather than the tail lamp cluster itself. Both SUVs get LED elements in the tail lights. However, the Venue’s tail lights feature a more premium diffused crystalline effect. 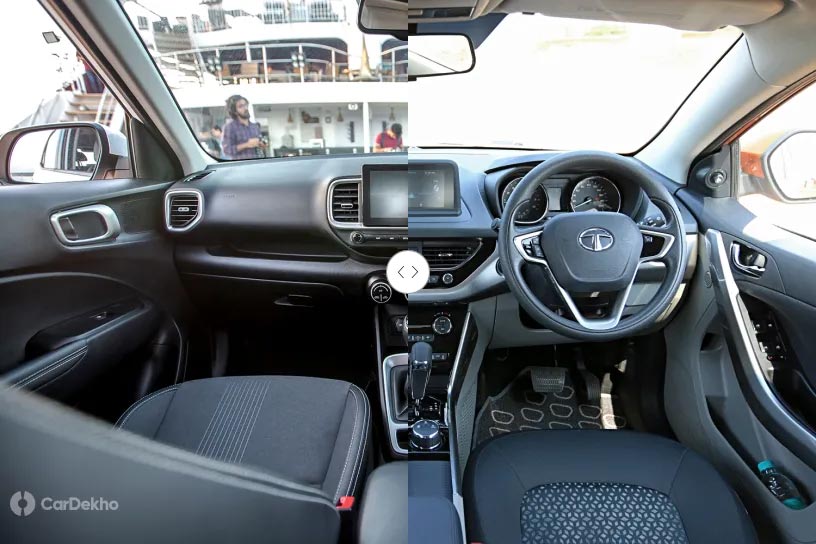 The Venue’s dashboard is done up in all black, while the Nexon’s has a dual tone scheme to it. The Nexon’s dashboard and centre console looks cluttered when compared side to side with the Venue’s. 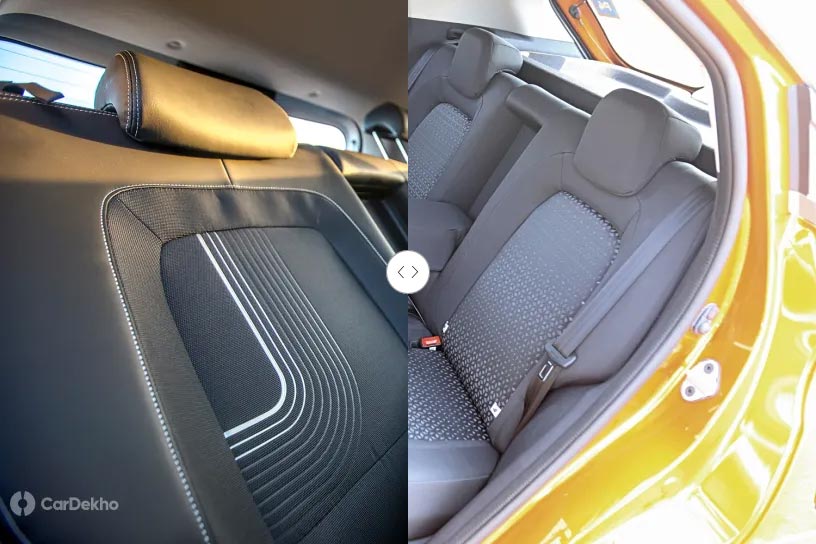