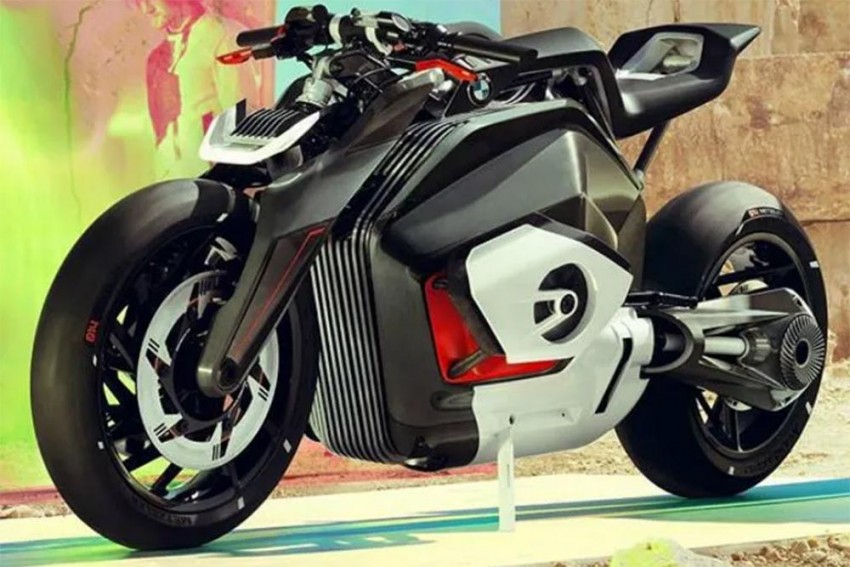 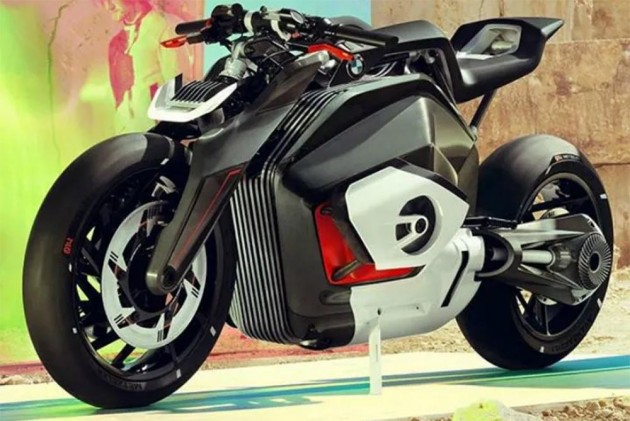 BMW Motorrad is no newcomer to electric vehicles. We’ve already seen the brands Vision Next 100 concept which gave a glimpse of the company’s future vision. Now though, BMW intends to change our outlook on electric two-wheelers which are more often than not perceived as boring. And they plan on doing so with the Vision DC Roadster, an all-electric bike that gives the word unconventional a whole new meaning. 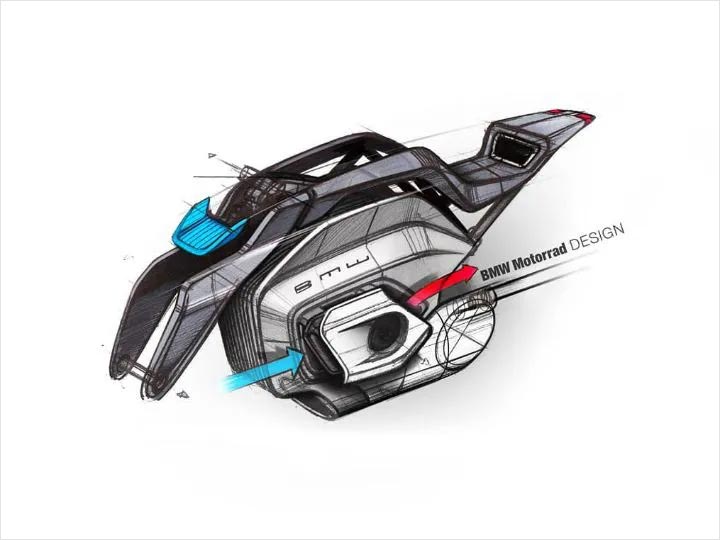 The design team started off by taking its iconic 2-cylinder boxer engine and giving it a rather interesting twist. The idea was to retain its protruding design but incorporate it in an electric motor. The challenge was its packaging. You see, in an IC engine, the size of the motor is determined by its capacity. However, an electric motor has different requirements altogether in terms of installation and space. Here, the battery pack takes up most of the space while the electric motor itself is relatively compact. 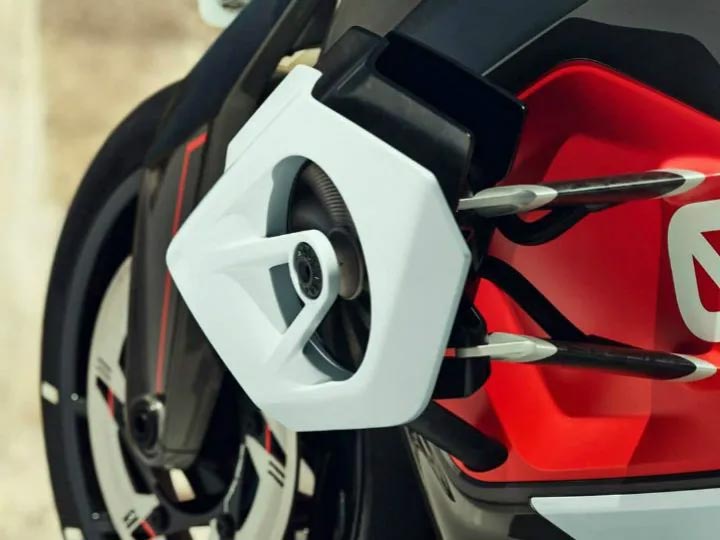 This is where things get interesting. The engine bay is replaced by a vertically fitted, longitudinally oriented battery which uses protruding cooling ribs and integrated ventilators as its cooling system. These elements are placed on either side of the bike in order to make the most use of its air stream. 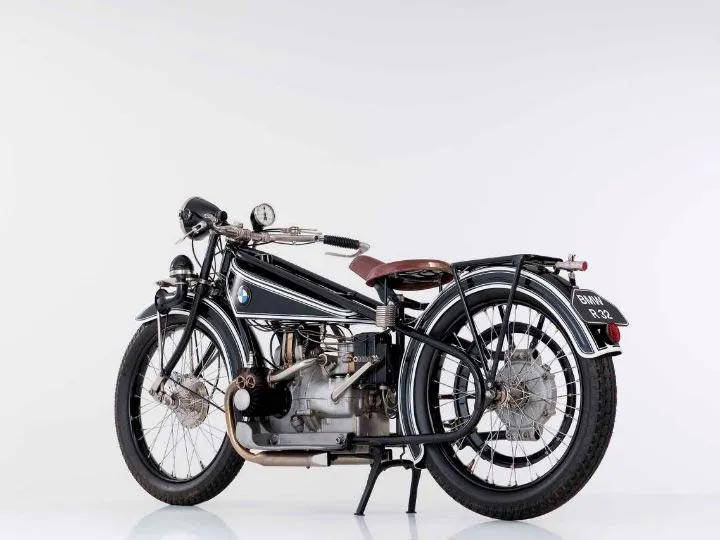 It was inspired by the BMW R 32 developed by Max Friz in 1923. Interestingly, when you start the bike, these cooling elements move slightly outward, indicating that the bike is ready to go. 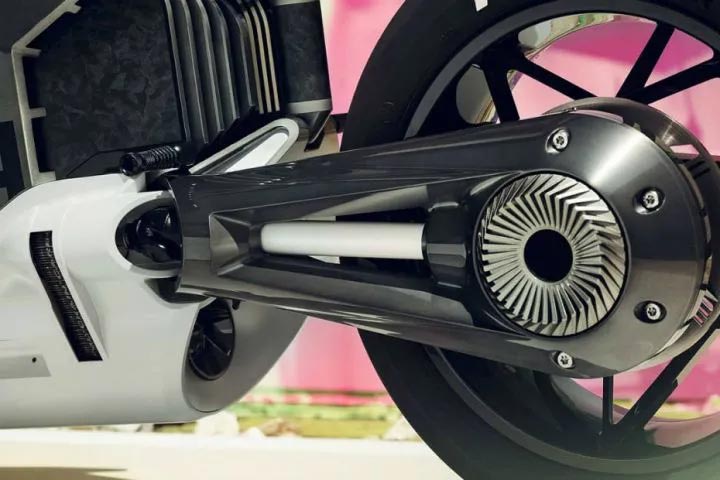 As for the electric motor, it’s been given a familiar cylinder-shape design and sits underneath the battery. The electric motor connects directly to the universal drive shaft, which is a step above the conventional shaft drive BMW uses. That’s not all, the Vision DC Roadster uses an aluminium milled frame and other carbon fibre and aluminium components to shed weight. Moreover, the bikes innovative geometry is emphasised by red contrasting elements and brushed aluminium inserts. 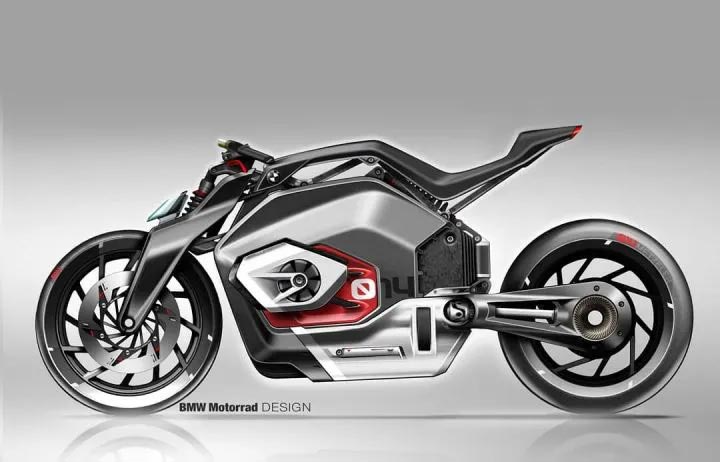 On the mechanical front, the electric bike uses a Duolever fork and a linked monoshock at the rear. Its Metzeler tyres were specially designed with five fluorescent elements about the size of a postage stamp. These highly reflective elements are integrated into the sides of the tyres and provide more security at night by increasing the visibility from the side. 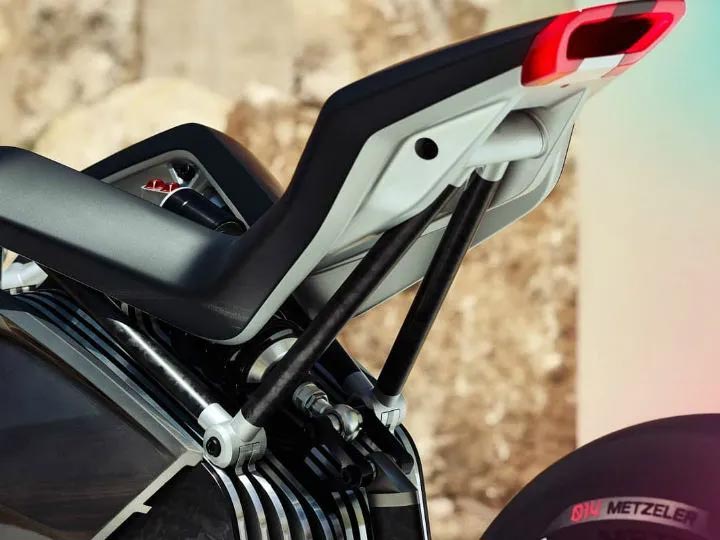 In terms of design, the overall crouching stance of the bike conveys a sense of agility. The fuel tank is replaced by a neatly-shaped tubular structure that extends rearward to form a modern-day seat. The low placed handlebars and rear set footpegs give the impression of a sporty roadster. It also features a unique headlight and tail light. 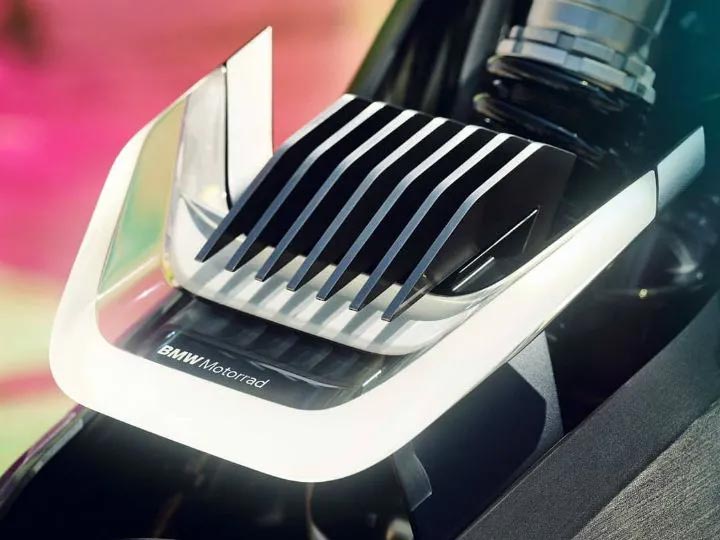 For instance, it gets a U-shaped dynamic LED DRL flanked by two compact LED lenses on each side provide the low and high beam. On the other hand, the tail light comprises of two C-shaped LED elements which are integrated into the aluminium rear carrier. 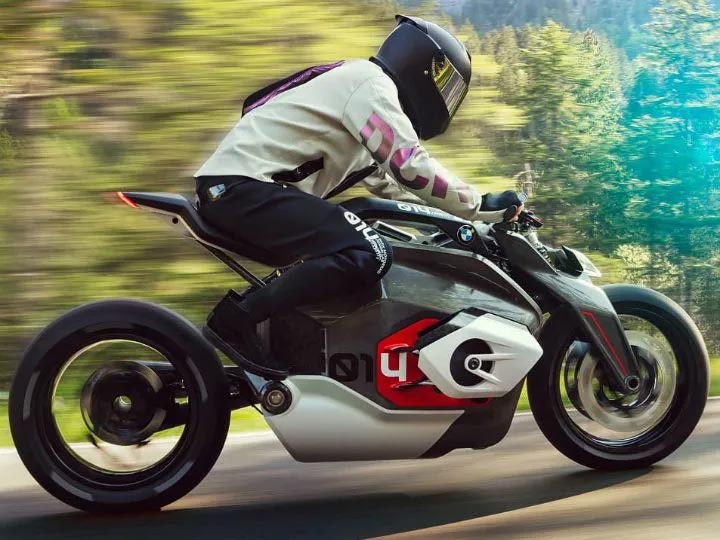 BMW Motorrad has also designed a functional two-piece suit to go along with the bike. The protective clothing has been designed to mimic the look of a casual jacket and black trousers, with protectors sewn into it making it almost invisible to the naked eye. What makes this suit even more interesting is the fact that it gets an asymmetrical rucksack that can be fitted to the jacket with the use of magnets. 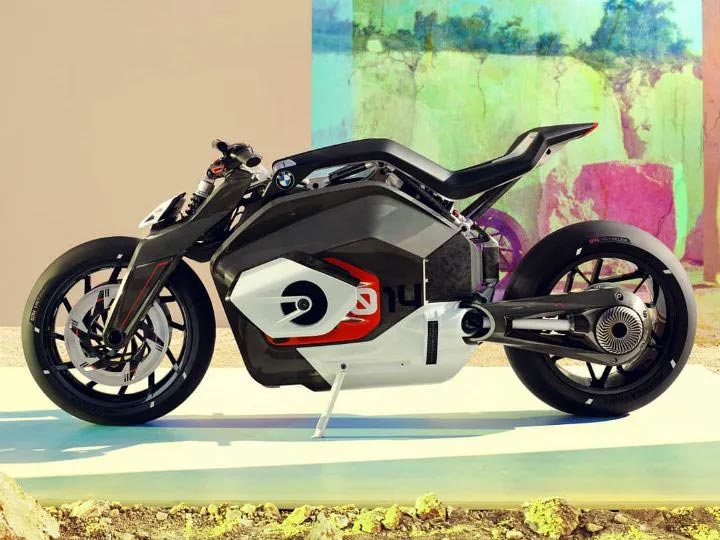 This one-of-a-kind concept from BMW Motorrad showcases what the brand has in store for the near future, and boy are we excited. We can’t wait to sign up if this is what the future of electric mobility looks like.