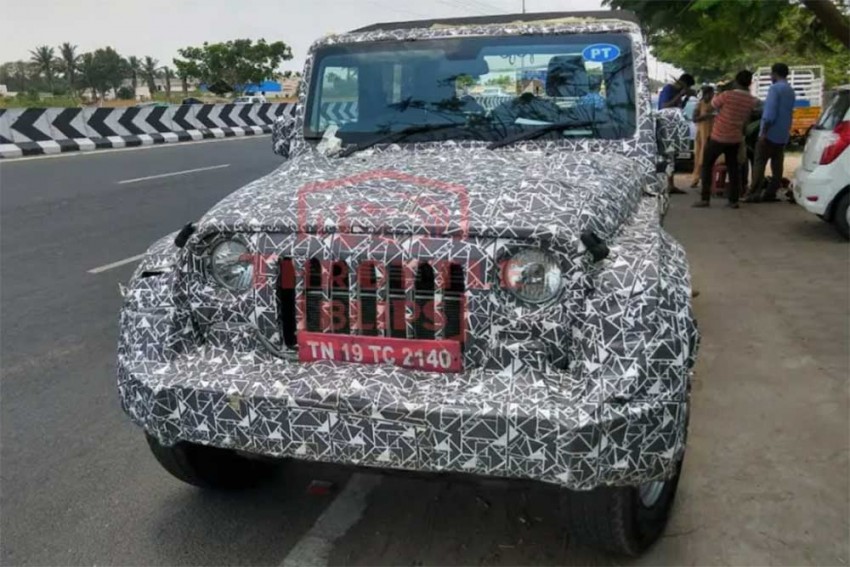 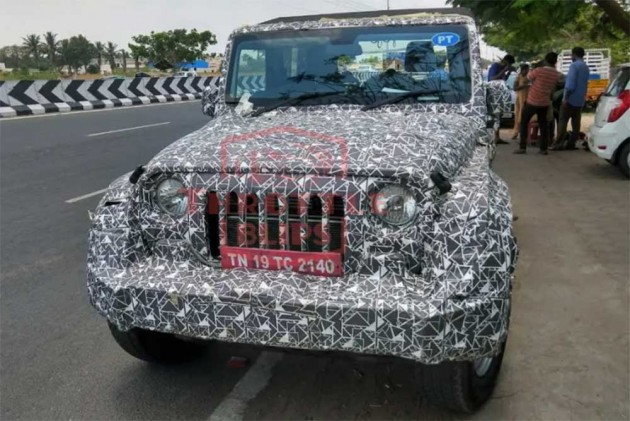 Mahindra has started testing the second-gen 2020 Mahindra Thar with production-spec body panels. We spotted the almost production-ready test mule for the first time in the first week of April 2019 and now the latest set of pictures have revealed the front fascia and interiors of the off-roader. 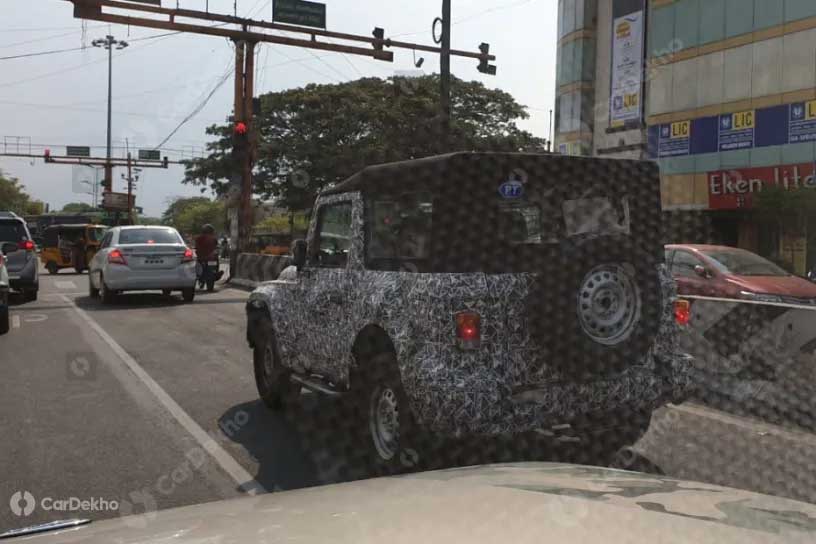 As you would have expected, Mahindra has retained the classic Jeep CJ-like front profile with the second model. Having said that, the new Thar undoubtedly looks more modern. For instance, instead of the old-school way of placing the windscreen inside a piping, it is now pasted directly for a more modern seamless look. There are plastic hooks for the bonnet instead of metal ones, which are prone to rust.

The 2020 Thar gets new front and rear bumpers, which appear to be made of plastic. The current Thar comes with a plastic bumper, but only at the front. It also gets new doors and the handles are now placed lower for improved ergonomics. It is expected to be underpinned by a new platform and looks beefier than the current model. 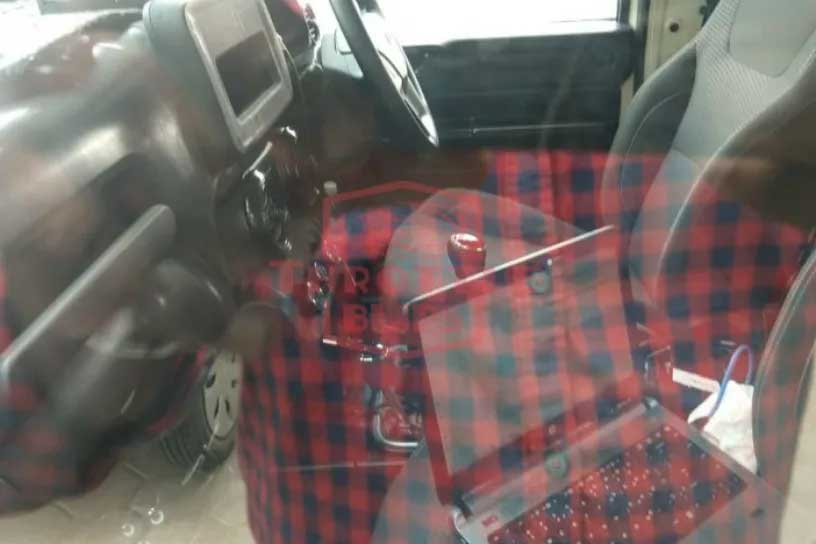 Mahindra has completely overhauled the interior of the new Thar. The current model has a pretty basic cabin but that's about to change with the incoming model. The new dashboard along with properly contoured front bucket and rear side facing seats, large screen driver info display, new multi-function steering wheel, padded doors and power windows all make the cabin feel much more premium. All of this is missing in the current model. 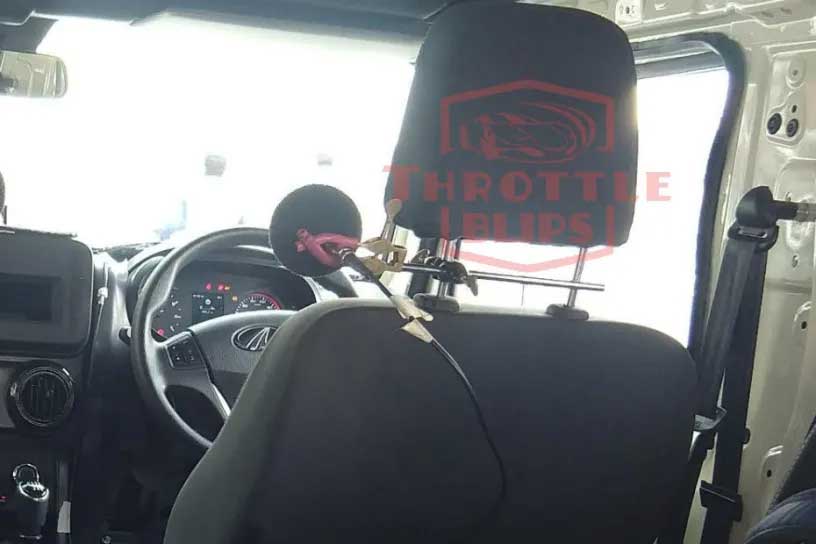 The spotted vehicle appears to be a low-spec variant. While it features a manual AC, Mahindra could offer a climate control unit in higher models. Thankfully, it gets an all-black cabin instead of the lighter beige setup in the current one which is prone to get soiled easily. 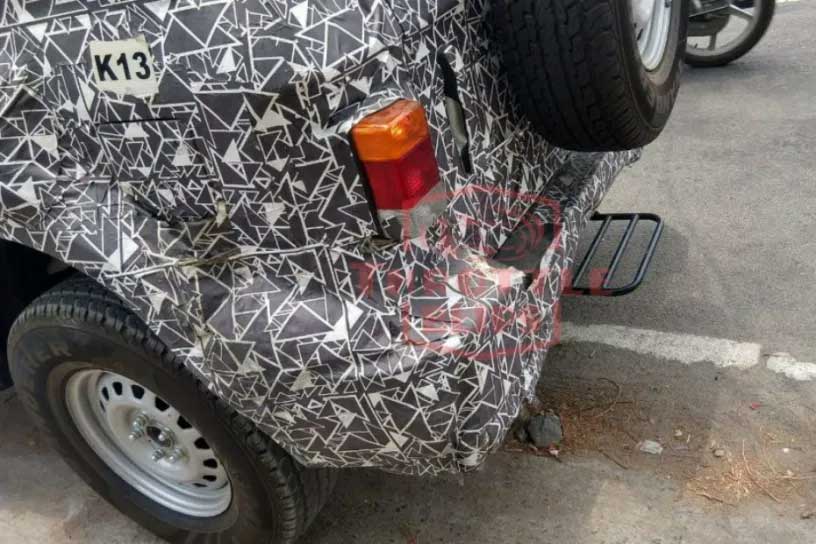 The new Thar will be better equipped than before too. Apart from the driver-side airbag, expect an airbag for the passenger too, at least optional if not standard. ABS with EBD, rear parking sensors, front seat belt reminders, speed alert system will be on offer as standard. There should be a touchscreen infotainment system with Apple CarPlay and Android Auto as well. And it will protrude out of the dashboard as seen on the test mule.

The second-gen Mahindra Thar will get a new engine to conform with stringent BSVI emission norms, applicable from April 2020. While the current model gets two engines to choose from – a 2.6-litre DI (63PS/ 195Nm) and a more powerful 2.5-litre CRDe (105PS/ 247Nm) – the 2020 model is likely to get Mahindra’s all-new 2.0-litre BSVI diesel engine only. This engine is set to replace Mahindra’s current 2.2-litre mHawk diesel in the next-gen XUV500 and Scorpio. 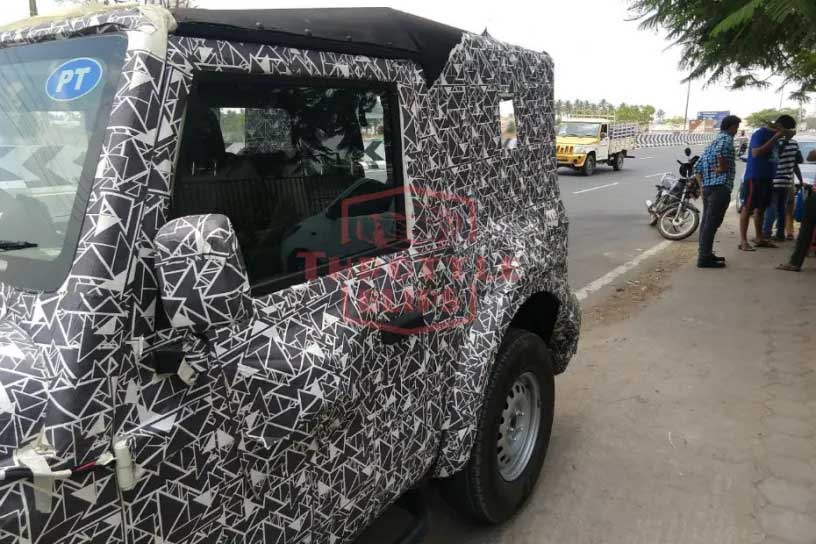 Although details of the new engine are scarce at the moment, it is expected to produce around 140PS in the Thar, similar to its only rival, the Force Gurkha Xtreme. It should be torquier as well, compared to the current 2.5-litre unit. The downsized diesel will be mated to a new 6-speed manual gearbox (5-speed in the outgoing model) as seen on the spied test mule. Being a hardcore off-roader, the new model will retain the four-wheel drive layout and low-range gearbox.

The new Mahindra Thar is likely to be revealed later this year or at the 2020 Auto Expo. It should be priced higher than the current Thar, which retails from 6.72 lakh to Rs 9.49 lakh (ex-showroom Delhi), given all the mandatory emission and crash test compliance as well as expected additional features.