Can the Ford Figo break through the glass ceiling in its highly competitive segment? Let’s take a comparative look at the specifications and features it has against the two popular competitors and find out 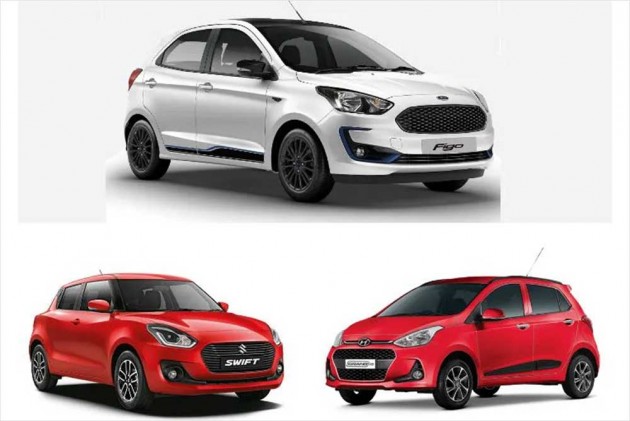 Ford has launched the new Figo facelift at prices ranging from Rs 5.15 lakh to Rs 8.05 lakh (ex-showroom Delhi). Apart from the cosmetic changes inside out, the 2019 Figo now gets two new petrol engines, new manual transmission and some new equipment too. Here’s how it compares to its main rivals in the segment - the Maruti Suzuki Swift and the Hyundai Grand i10 - on paper.

The Ford Figo remains the largest car in its segment, in every aspect except width and height. The Swift is larger than the Grand i10, the latter of which really suffers because of its narrower dimension. Interior space should be the best in the Figo in this comparison, though it seems like Ford has not tackled the ergonomic issues of the pre-facelift car like the front passenger seat rubbing against the centre console and the lack of storage space on the rear door pads.

The Ford Figo gets two new petrol engines with the facelift. The first one is the same ‘Dragon’ series 3-cylinder naturally aspirated motor which debuted on the Freestyle and also powers the Aspire. Also new is the Getrac-sourced 5-speed manual transmission.

The Figo’s petrol motor is the most powerful and the torquiest here, though it may not set the performance charts on fire as it is under the hood of a larger car. It is good to see that the higher performance numbers have not affected the efficiency as much, as the Figo petrol MT has a respectable claimed mileage figure of 20.4kmpl.

The Ford is the only car here to be offered with two different petrol engines in its lineup. The Figo petrol AT borrows the 1.5-litre motor developing the most power and torque here. Paired to a 6-speed torque converter, instead of a 6-speed dual-clutch transmission like the pre-facelift car, this engine is expected to return better real-world efficiency too.

The Ford Figo facelift makes do with the same 1.5-litre, turbo-diesel engine as its predecessor.

Like the petrol variants, the Figo diesel is the most powerful and torquiest car in the segment. The Ford Figo diesel should be more fun to drive now, thanks to the new Getrac-sourced 5-speed manual transmission. Its claimed mileage should be achievable in the real world too.

The Maruti Suzuki Swift has the advantage of being the only car in the class to offer a diesel-AT variant. While it may seem like Ford has missed a trick by not offering an automatic variant with its brilliant diesel engine, it makes sense when you consider the fact that the popularity of diesel cars is expected to nosedive very soon anyway. 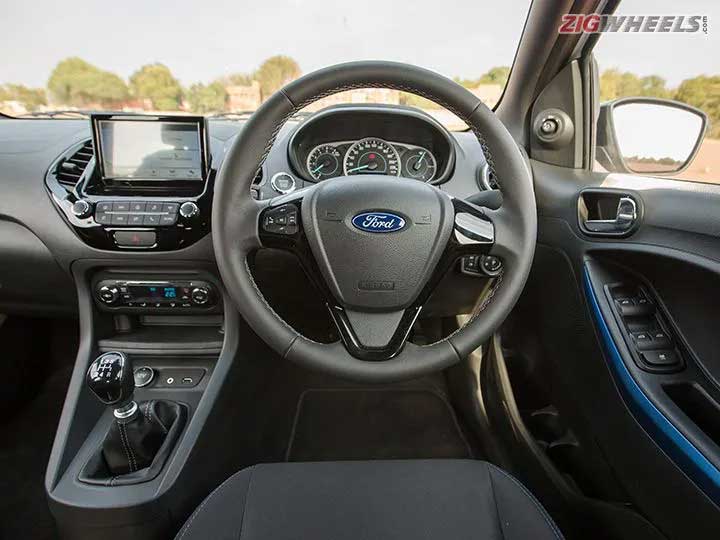 The Hyundai Grand i10’s age shows in this comparison. While it offers dual front airbags, ABS and EBD as standard, like the other cars, it misses out on rear parking sensors being offered as standard fitment. The Swift gets ISOFIX child seat anchor points at the rear as standard too. On top of these features, the Figo, in its top-of-the-line Titanium ‘Blu’ variant, also gets the segment unique six airbags and emergency assist function. In its automatic-equipped variant, the Figo is the only car in this lot to get electronic stability program (ESP), traction control system (TCS) and hill launch assist (HLA). 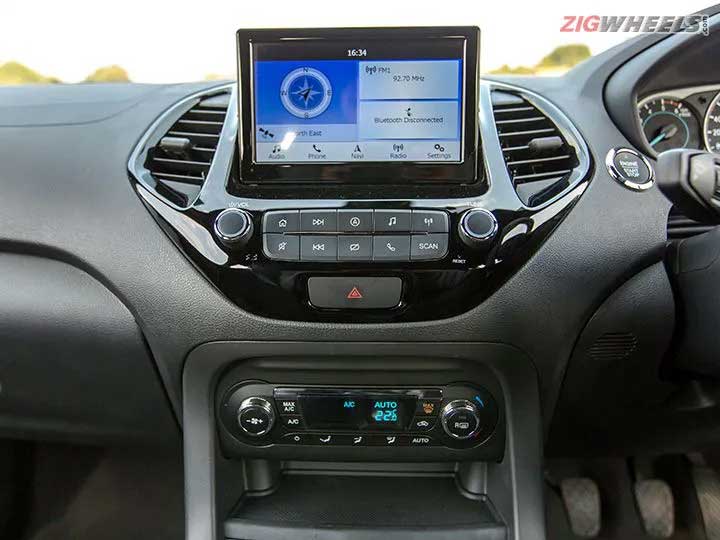 The Figo is now on par with the segment, thanks to a touchscreen infotainment system, a large 7.0-inch unit at that too. But it also proves that size doesn’t matter because unlike the Swift and the Grand i10, the Figo misses out on Android Auto and Apple CarPlay connectivity. 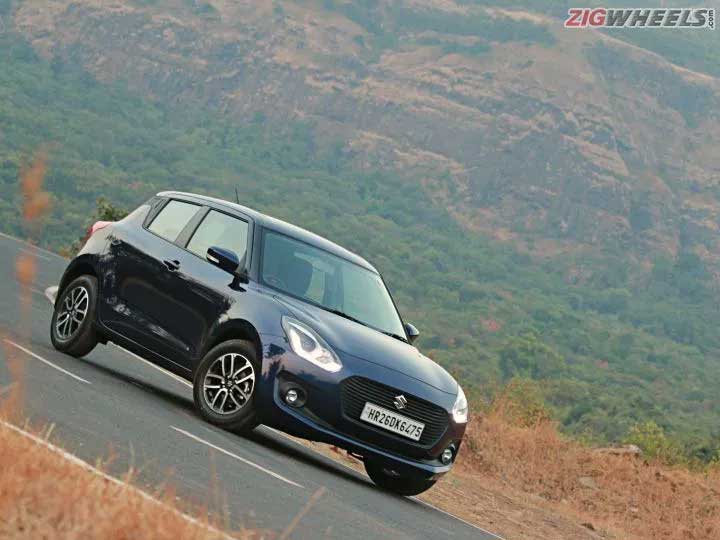 The Ford Figo no longer lags behind the competition in terms of equipment on offer. It gets a start/stop push-button, electrically adjustable and foldable ORVMs, automatic climate control system and automatic headlamps. Where the Swift has an advantage over its rivals is the fact that it offers LED projector headlamps.