Problem of cash crunch will be resolved by tomorrow, currency being sent to states facing shortage: SBI Chairman Rajnish Kumar. 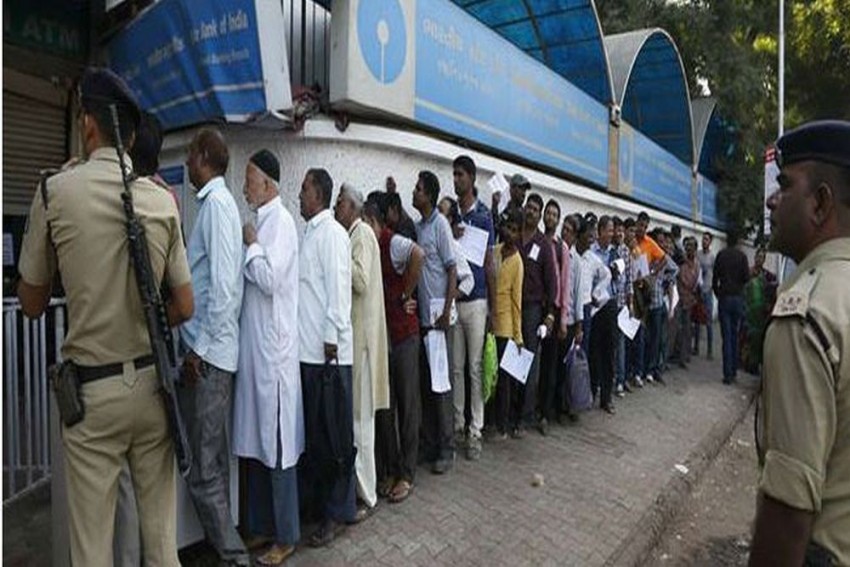 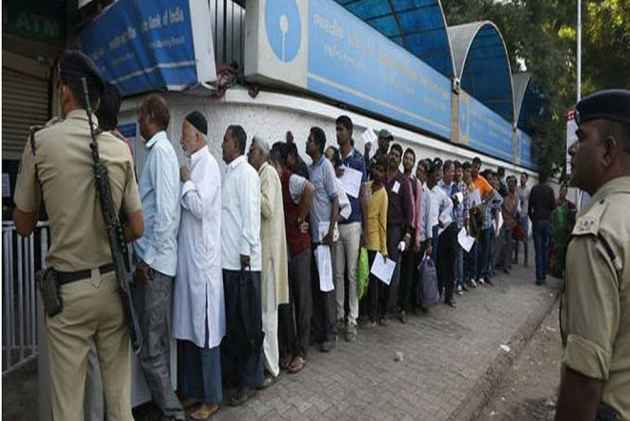 The SBI Chairman Rajnish Kumar on Thursday said the problem of cash crunch will be resolved by tomorrow.

"Currency has been sent to states facing shortage," Kumar said.

ATMs in some parts of the country continued to remain out of cash today as the government scrambled to rush currency to meet an "unusual spurt in demand" ahead of looming polls.

ATMs in cities of Uttar Pradesh, Bihar, Andhra Pradesh, Maharashtra and poll-bound Karnataka were either not operating or showed no cash signs, reminiscent of post demonetisation scene. Some ATMs in the national capital too were reported to be out of service.

The government on its part claimed that the situation was fast improving with over 80 per cent of 2.2 lakh ATMs operating normally today as against 60 per cent yesterday.

Officials attributed the "unusual spurt in demand" for payments made for crop procurement and looming elections.

Banks, they said, are replenishing cash at ATMs. Also, all the four printing presses are working round-the-clock to print smaller currency notes.

Senior finance ministry officials today held video conferences with public sector banks during which they have been asked to replenish ATMs with 500 rupee notes.

The PSBs have been asked to ensure that above 80 per cent of ATMs start dispensing cash within a day and step up cash supply in all branches.

State Bank of India, the country's largest lender, said cash availability at its ATMs has increased in the past 24 hours. As many as 92 per cent of its ATMs were working today as against around 85 per cent yesterday.

The situation is likely to be back to normal before weekend.

Other lenders, including Canara Bank, Bank of India and Axis Bank claimed that cash shortage at ATMs was limited to select pockets.

A PNB spokesperson said overall the bank has not faced any cash shortage in its ATMs across the country and continue to function as usual. "Out of 9,679 PNB ATMs, there is a 90 per cent availability of ATMs which is normal. The bank would like to reassure its customers that all possible measures are being undertaken to ensure that its ATMs remain functional and are refilled regularly."

The shortage has been blamed on inadequate availability of Rs 2,000 currency notes, and the fact that ATM cassettes have not been configured to dispense smaller Rs 200 notes.

Other reasons being attributed for the cash crunch are upcoming polls in Karnataka, state government programmes in Telangana and Andhra Pradesh that are used to make cash payments, festive seasons, and misunderstanding of the Financial Resolution and Deposit Insurance Bill's 'bail-in' clause, where depositors would bear a portion of any losses.

Amid currency shortage reported in at least six states, Economic Affairs Secretary Subhash Chandra Garg yesterday had said the government had stepped up printing of 500 rupee notes by five times, and RBI clarified that there is enough cash available in the system.

The government is also analysing the demand pattern in the states.

"Availability of cash in SBI ATM has improved in the last 24 hours. Efforts are being made on a continuous basis to improve the cash availability further in a few geographies. Overall issue of less cash should come to normalcy within soonest possible time, " said Neeraj Vyas, DMD (Chief Operating Officer), SBI.

Meanwhile, SBI Research pegged the cash shortfall in the system at Rs 70,000 crore, which is a third of the monthly withdrawals at ATMs.

In a note that comes a day after reports of currency shortages made national headlines, it said Rs 15,291 billion was withdrawn from ATMs in the second half of FY2017-18, 12.2 per cent higher than the previous six months.

Currently, the circulation currently at Rs 18.17 lakh crore is higher than pre-note ban levels of Rs 17.77 lakh crore. Government sources said on an average 10-12 per cent of ATMs at a given point of time remain under maintenance or closed and so currently only a small number of ATMs are extraordinarly out of service.

Reports of cash shortage first emerged from southern states of Andhra and Telengana.

According to the RBI data, during November 2016 to March 2017, Rs 82,168 crore was supplied to Hyderabad office of RBI which is the highest amongst all the offices of RBI in the country.

'How Can Anybody Do Such Heinous Act Against A Living Form Of Mata', Says Mehbooba On Kathua Incident