Home  »  Website  »  Society  » Afterthoughts  »  Asma Jahangir Was The First One On The Street When There Was Any Threat To Democracy, With Her Gone The World Seems Poorer
Obituary

Asma Jahangir Was The First One On The Street When There Was Any Threat To Democracy, With Her Gone The World Seems Poorer

A lawyer and a founding member of the Human Rights Commission Pakistan, she was a hero, for men and for women; she was a role model for working women, an inspiration for lawyers and so much more. 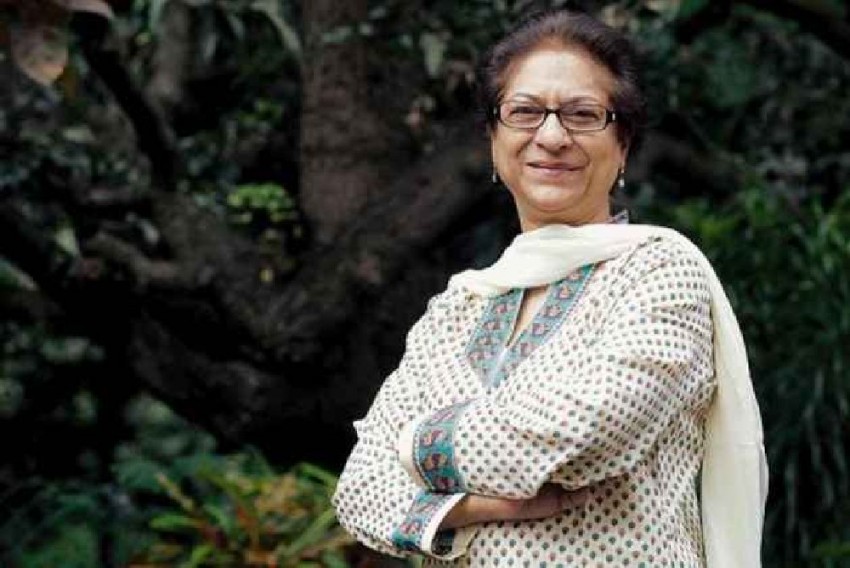 File Photo
Arifa Noor February 11, 2018 00:00 IST Asma Jahangir Was The First One On The Street When There Was Any Threat To Democracy, With Her Gone The World Seems Poorer 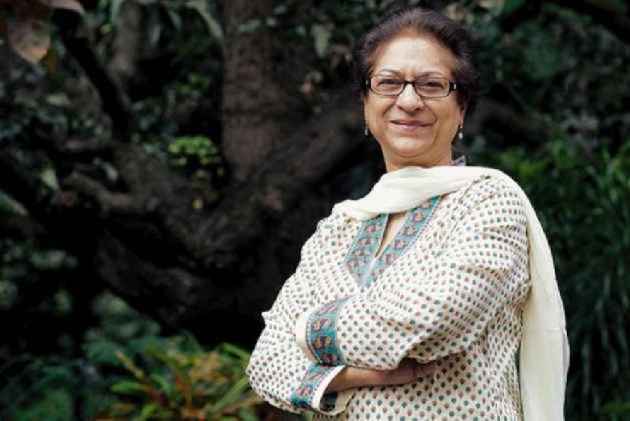 I can’t remember when I first got to hear about Asma Jahangir. She and the Human Rights Commission of Pakistan are part of general knowledge in Pakistan, as ubiquitous as perhaps the Pakistan People’s Party or folklore heroes.

And I speak of Pakistan before the television news channels entered our universe and Asma Jahangir’s face became widely known and recognized.

A lawyer and a founding member of the Human Rights Commission Pakistan, she was a hero, for men and for women; she was a role model for working women, an inspiration for lawyers and so much more. As many Pakistanis tried to grapple with her sudden death today, at the age of 66, we tried to put into words – inadequately – what she was for us and for Pakistan. Faisal Hussain, a lawyer, called her, “My BB [Benazir Bhutto] and a sahara [support] for many.”

“A passionate champion of human rights” [Punjab Chief minister Shehbaz Sharif]; a guiding light for women and vulnerable people [PPP Senator, Sherry Rehman]; a champion of her country [American ambassador  to Pakistan David Hale], the tributes that poured in all tried to put into words our loss. Perhaps we all tried but failed because words appear so inadequate at such moments.

We lost our bravest voice today – one that believed in tolerance, human rights and democracy. As Nasim Zehra, a journalist and a writer tweeted, “Asma Jahangir was closest to what we could call Pakistan ‘s conscience...totally devastated. Not only Pakistan but the world is poorer without Asma.”

But it’s hard to worry about the world’s loss because our own seems so intense at the moment.

I can’t help but remember Asma Jahangir speaking at the reference of Aziz Siddiqui, a senior journalist and a founding member of the HRCP. A relative novice to the world of journalism, I sat quietly in an auditorium and listened as people such as Asma and I A Rehman got up and spoke about him. She broke down on the stage as she called Siddiqui sahib the brains behind the HRCP.

I remember the words because it struck me when I heard the news of her death that she was the heart of HRCP. All heart and courage, she wasn’t scared of speaking her mind on any issue however controversial and neither did she worry about being diplomatic or making her views palatable.

I was part of the large entourage of women she took to India a year after Kargil happened. The memories of the anger she (and the rest of us faced) are still etched in my mind. At one particularly stormy meeting, she apologized to the Indians; a moment that caused a huge controversy back home. But that was Asma Jahangir and the strength of her conviction. Not for her the fear of being judged or condemned. Of course, those who attacked her of being close to India conveniently ignored how critical she was of the human rights record in Kashmir.

She was equally fearless when it came to taking on the forces of intolerance or undemocratic ones. She would take on mullahs – on television and elsewhere – and she was the first one on the streets when there was any threat to democracy. Many accused her of being close to politicians but they failed to realize that it was the beleaguered civilian leaders of Pakistan who became friends with her because they needed her support.

And this support was there for everyone.

I ran into her shortly after she decided to defend a channel that had been banned by Pakistan Electronic Media Regulatory Authority, for a show by an anchor who was neither widely recognized as a journalist nor too respected. A paratrooper (as we call many who have no prior training in journalist and have landed into the plum job of ‘anchoring’ a current affairs show) had been banned and hence not many had even registered what was essentially a freedom of press issue. But she had agreed to defend the channel, even though she could easily have been a target of such paratroopers.

And this is what was foremost on her mind when we spoke. “How can they just shut a channel in such an arbitrary manner?” she said, as she remonstrated with me about the lack of reaction from the journalist community. This was Asma Jahangir, who cared more about the rights of the press than the press did itself because she had the foresight to see the precedent that was being set and its ramifications.

Having travelled with her on fact finding mission of the HRCP (the commission would visit areas within Pakistan to produce reports on the state of human rights there), one saw so many sides to her. The celebrity activist who was recognized everywhere she went; the human rights champion that the vulnerable people would focus on even in a room full of note takers – at such moments she transformed into a quiet listener. Smiling and nodding, her energy would be focused on those who were telling their stories. But even there, she never forgot she was listening to people who were vulnerable. At one such meeting, after a young HRCP activist gave an exceptionally good briefing on the rights issues in his hometown, she was the first to speak as he finished, “Beta, apna khayal rakhna [Please look after yourself].”

In the evenings, when we all congregated in her room for gup shup, the multi-tasker in her would emerge. On the phone to her home in Lahore one second, she would be calling [then] president Asif Ali Zardari about a man on death row, in another. And in between, we would listen enthralled as she told us how she set up HRCP along with Justice Cornelius and stories of fact finding missions in the early days when the organization was new and short of funds. Those stories, often just funny anecdotes, also helped explain how HRCP became such a formidable voice in Pakistan. And among few others, it was Asma Jahangir who made it happen.

And in between there were also phone calls to lawyers all over the country– friends and foes – as she took an active interest in bar politics.

So great was her contribution to human rights and democracy, that people tend to forget what an inspiration she was to women, especially working women. Perhaps, she was such an important voice for the vulnerable people in general that only one gender could not have owned her. A woman who did her law after getting married, she set up a women only law firm in Lahore initially to practice. That small law firm has now become synonymous with women rights, not just in Pakistan but worldwide. It doesn’t just provide legal help but a refuge for hapless women.

She became the first woman to win the election of the Supreme Court Bar Association – and she won it despite the vicious campaign run against her, which attacked her and her family. Her presence turned the election into national news. She was also the only female senior advocate of the Supreme Court – her battle to become one was a story she told the last time I met her at a dinner at her daughter, Monizae’s, place.

The stories are countless. But not even all of them can help explain what she was for Pakistani society and state. The voice of our conscience fell silent today and even if all those left behind speak as loudly as possible, we will not be able to fill the vacuum.

Faisal Hussain recalls she once said that “I call back each time I miss a call because it might be some one, especially a woman, in trouble.” Many calls might remain unanswered now.

Instagram To Notify People When Someone Takes Screenshot of Their Story