The umpire turned down the appeal, but Dhoni instantly signalled Rohit to take the review. It turned out to be a masterstroke, as India got the first breakthrough. 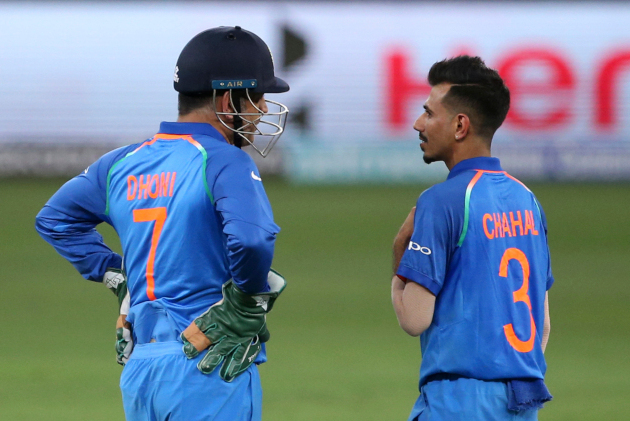 Former India captain Mahendra Singh Dhoni was not required to bat against Pakistan during their Asia Cup Super Four match on Sunday at Dubai as hundreds from Rohit Sharma and Shikhar Dhawan made sure that India win the match nine wickets.

But the legendary wicketkeeper-batsman left his imprints in the match by convincing captain Rohit to use Decision Review System (DRS) against Pakistan opener Imam-ul-Haq, off the bowling of Yuzvendra Chahal in the 8th over of the match.

The umpire turned down the appeal, but Dhoni instantly signalled Rohit to take the review. It turned out to be a masterstroke, as India got the first breakthrough.

Regarded as one of the smartest cricketers, Dhoni has helped Rohit Sharma and also regular captain Virat Kohli while taking decisive decisions, like the DRS.

Soon after the review was taken, "Dhoni Review System" became one of the top trends on social media.

Chasing a target of 238 runs, India won the match by nine wickets to book their tenth Asia Cup final.