Asia Cup 2018, India vs Pakistan: Five Players To Watch Out For 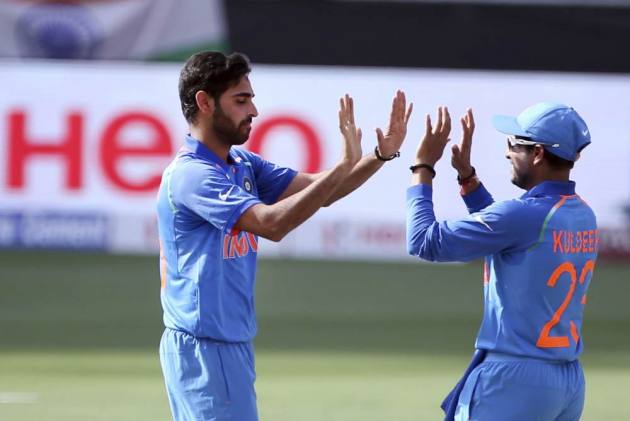 The second round of India-Pakistan clash in the ongoing Asia Cup in the United Arab Emirates (UAE) may well end up as the best match of the tournament.

In their previous meeting, Indian thrashed their arch-rivals. But it's very unlikely that they will play out another one-sided match, considering the stakes involved in this particular fixtures. The winner of today's match is through to the final.

We look at five key players who are likely to have a say in the outcome of the match:

India vs Pakistan: When And Where To Watch The Asia Cup Match Live

Asia Cup 2018, India vs Pakistan: Numbers You Need To Know Ahead Of Super Four Match

The Hitman is enjoying the added pressure of leading the team in the absence of Virat Kohli. In three matches, the 31-year-old has scored 23 vs Hong Kong, 52 vs Pakistan and 83 not out against Bangladesh. He will be keen to score at least a hundred in this tournament. And he is yet to score one against Pakistan. His highest against Pakistan is 91.

The all-rounder has once again proved his utility. Drafted into the team as the replacement of injured Hardik Pandya, the Saurashtra player made an instant by producing a man-of-the-match award-winning performance against a tricky side like Bangladesh. Like his stand-in skipper, the 29-year-old is also yet to make a mark against Pakistan. Besides, he needs a couple of wickets to become India's leading wicket-taker in the tournament.

The youngster has been one of Pakistan's batting mainstays in this tournament. He has scored 33 vs Hong, 47 vs India and 66 vs Afghanistan, and he is due a big score. If he, along with one of the top batsmen, gets going, then it will be a good day for Pakistan. The right-handed batsman has already 2119 runs at an impressive average of 54.33, with the help of eight hundreds.

The veteran has been making all the right noises. He scored an unbeaten half-century to make sure that Pakistan win their opening Super Four match against Afghanistan. Before that, the 36-year-old played a valiant knock of 43 runs in a losing cause against India. With five man-of-the-match awards in this fixture, and as the leading scorer among the active players, the former Pakistan captain sure knows a thing or two about beating India.

India's pace spearhead endured a listless match against Hong Kong in the tournament opener, then produced two impressive performances to help India beat Pakistan and Bangladesh. He is four scalps away from claiming 100 ODI wickets. And it looks distinctly possible for the 28-year-old to achieve that feat.