Army Won't Give Half An Inch of Kashmir: Natwar Singh 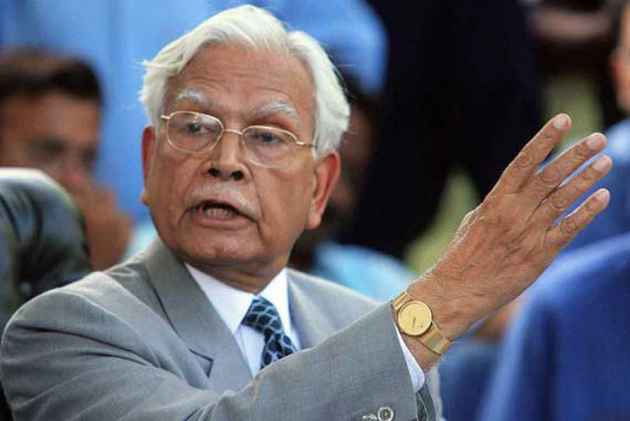 Former External Affairs Minister Natwar Singh on Monday said that the Indian Army would not give even half an inch of Kashmir and the status quo would continue since Islamabad continued to cause troubles.

Even though Pakistan's Prime Minister designate Imran Khan recently extended a hand to resolve the Kashmir issue but Singh was doubtful. "They (Pakistan Army) will not give an inch and our Army will not give even half an inch of Kashmir. This status quo will continue. We have been trying to make peace for 70 years but Pakistan is creating hurdles," said Singh while speaking to ANI.

Commenting on Imran Khan's victory in the last month's general elections, Singh said, "Where Imran Khan has reached today is due to the Army. He is not a free agent. I am not sure whether he will complete five years. Good luck to him."

According to him, there would be no improvement in the relations between India and Pakistan even if Imran Khan assumed power.

Imran Khan's PTI party had emerged as the single largest party with 116 seats, after the ECP on July 28 released the complete preliminary results for 270 of 272 National Assembly (NA) constituencies.

Pakistan went to polls on July 25 and the counting of votes began soon thereafter in the evening, which was marred by tedious counting and allegations of rigging by major political parties, including the PML-N and PPP.