The team is lead by a former MotoGP chief engineer and the ex-head of JLR’s whitespace department, dedicated to ideas with commercial prospects 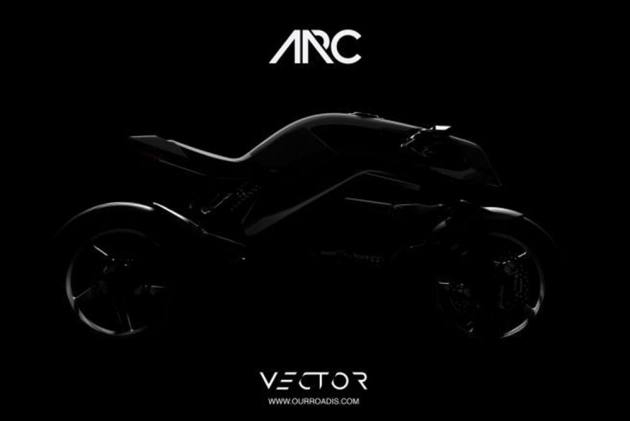 Arc, the British bike manufacturer, has released an image of the Neo Classic electric cafe racer, Vector, which the company is set to debut at EICMA on 6th November 2018. Interestingly, their development team is led by the former head of Jaguar Land Rover’s Whitespace department, which is known to focus on ideas that could result in development of products with commercial opportunities.

Named Vector, the electric café racer gets something called Human Machine Interface (HMI). The company claims that the Vector is the next level of electric motorcycling, and is poised to be the safest high-performance motorcycle to be seen on the road in the coming future.

Going by the teaser, the Arc Vector stays true to basic design language of cafe racers, with a mass-forward design. While they haven’t shown off individual design elements clearly yet, the silhouette does give us some idea of the styling. The company also claims to have placed strong emphasis on the quality levels of materials used.

Mark Truman, who previously led Jaguar Land Rover’s Whitespace department, has been working on the Vector project with a MotoGP chief engineer and FEA analysis specialists to bring the electric cafe racer to life and into a production-ready stage. The company states that the Vector -- which will be the first product to come out of Arc Vehicle Ltd, which was formed just 18 months ago -- has been under development for the last two two years.

“Technology, performance, safety and experience come together like never before on two wheels. The Vector is more than just the world’s most premium electric motorcycle; it’s the world’s first motorcycle with integrated multi-sensory HMI (Human Machine Interface), it’s an innovative heads-up display helmet and it’s a tactile riding suit – all making up the most involving motorcycle experience on the market today.” Truman said.

Arc Vehicle Ltd will be present at the EICMA show in Hall 15, Booth S27.