An Ominous Meeting In Tripoli

In April 2006, I was in Al-Aziziyah, the infamous Gaddafi compound in Tripoli, capital of Libya. There I met the dictator's son and daughter… 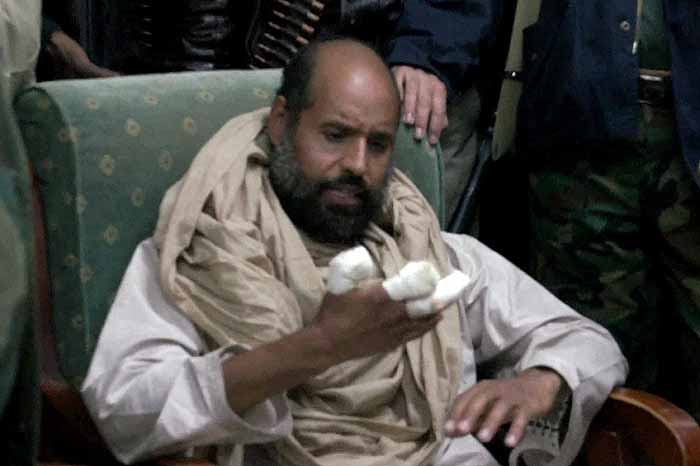 "You must come and work with us here in Tripoli. My father, who symbolizes the highest ideals of Arabism, will be proud of you," said Saif Al Islam Gaddafi to me in chaste, elegant Arabic. His sister Ayesha Gaddafi, once the Claudia Schiffer of North Africa and now an exile somewhere, nodded in agreement. Although I felt flattered, a sense of trepidation coursed through my veins as his job offer sounded more like an imperious command than a request.

It was the night of April 14, 2006. We were in Al-Aziziyah, the infamous Gaddafi compound in Tripoli, capital of Libya. I was there to cover a concert by the American pop icon Lionel Richie and the Spanish tenor Jose' Carreras, marking the 20th anniversary of the US bombing on Tripoli and Benghazi in which Muammar Gaddaffi's adopted daughter Hanna was killed. The musical extravaganza was Gaddafi's way of telling the West that he desperately wanted to return his country to the ‘global mainstream' he loathed with all his might for decades. An affiliate of the public relations agency I worked for was responsible for the media coverage of the event.

The weather was biting cold. Tripoli, unlike other Arab capitals, was remarkably shorn of the trappings of modernity and rampant westoxication so typical in most Arab capitals; it was a city steeped in its nomadic Arab authenticity. Gaddafi frowned on you from every nook and corner. When I asked my government-arranged driver as to what he thought of Gaddafi, he gently advised me to refer to him as ‘the brother leader' and changed the subject. My numerous attempts at broaching the subject in conversations with other Libyans elicited either eloquent silences or unmistakably dishonest panegyrics. I soon understood that I had to seek out meanings in the elaborate silences that dotted the numerous conversations I had with Libyans of a wide variety of professions, educational backgrounds and (I presume) political persuasions. No one was willing to discuss even the political import of the event I was there to cover. Fear was writ large on every face and survival took precedence over all other considerations.

A sea of gun-toting plainclothesmen in their early youth with menacing expressions welcomed us at the gates of Al Aziziyah compound and began interrogating us and searching our bags. No sooner had I spoken to them in Arabic than the menacing looks vanished and an exaggerated sense of fraternity materialized from nowhere. Soon I was surrounded by countless cops in plainclothes vying with each other in showering encomiums on my proficiency in Arabic and asking endless questions about India and me. Once they exhausted their curiosity, they handed me to one of their superiors who accompanied me to the bombed house of Muammar Gaddafi.

A humongous stage was erected for the event in front of the house, which remained as it was on the night of the bombing in 1986. There was intense speculation among the people there as to whether the dictator would turn up for the event and I mentioned this to Saif Al Islam: "I don't know. He may or he may not, but I promise you that you can interview my ‘lofty father' if you stay back for a week or two," he assured. When Ayesha in her welcome speech also referred to the quixotic tyrant as 'my lofty father' (abi al shamikh) it became clear the children of the dictator were as much invested in the perpetuation of the Gaddafi myth as the loyal acolytes. She declared in a tone of simulated profundity that the event was indeed historic: "We are here today to heal the wounds of the past and extend a hand of friendship to those who harmed us. We want to say yes to peace and no to destruction, once and for all."

On that night, it was impossible to imagine that in a few years the dead body of the dictator would be kept in an industrial refrigerator in Misrata for public display in an atmosphere of exultant jubilation. Likewise, it was unimaginable that Salf Al Islam, the de facto crown prince of Libya when I met him in 2006, would soon languish in jail waiting for the inevitable death warrant. Of course Saif made a last ditch attempt at averting the worst by sending a message of peace talks to Washington, as revealed by Fox News on October 7, 2015, but Hillary Clinton was in no mood to listen.

The Libya of 2015 is not radically different from the Libya of 2006 in many ways; the same could very well be said about any of those countries that went through the paroxysms of change as a result of the Arab Spring. Arab Spring in its original purity was a desperate bid for a transition from fear to freedoms, but the change of regimes neither ushered in freedoms nor banished the reign of fear. The sad truth is that Libya, like other Arab Spring countries, is worse off post Arab Spring than before it. During the days of the dictatorships, there was only one source of fear but now the sources of fear in Arab Spring countries have multiplied manifold.

In hindsight, I am happy I did not accept the job offer from Saif Al Islam!