An Officer And A Gentleman: Dantewada SP Who Broke Down Recounting Maoist Ambush Is Known To Have A Soft Heart

A doctor-turned IPS officer, Abhishek Pallav had last year saved the life of a Maoist whom he himself had shot at. 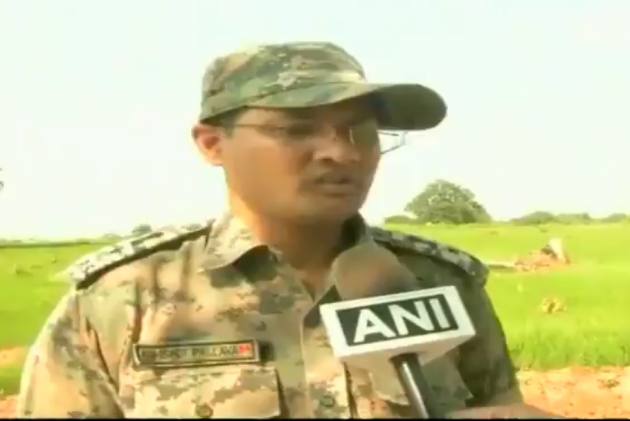 Dantewada Superintendent of Police Abhishek Pallav was unable to hold back his tears while speaking to a media person after Tuesday’s Maoist ambush that killed two policemen and a Doordarshan cameraperson near Nilawaya under Aranpur police station limits in Chhattisgarh.

The visuals of him breaking down on TV while recounting the attack went viral on social media. But, this is not the first time that SP Pallav has proven to have a soft heart.

Last year, The Hindustan Times had called him "an officer and a gentleman" after he saved the life of a Maoist whom he had himself shot at. He had engaged Maoist commander, Somaru, in a fierce gun battle in March, 2017, in the dense forests of Chhattisgarh’s Bastar, when he was posted as Dantewada’s additional superintendent of police.

Pallav’s bullet had hit Somara in the abdomen during a seven-hour long encounter that left five Maoists and two policemen dead. However, seeing Somara bleeding and struggling for his life, Pallav, a doctor-turned-policeman, soon turned his rescuer.

He bandaged the wounded Somaru, gave him painkiller injections. He then sent him off to the nearest hospital in an ambulance after convincing his fellow-policemen.

“Time was the key to saving his life as he was losing blood profusely and I being a trained doctor could not have looked the other way,” Pallav said later, as quoted by The Hindustan Times.

This incredible act by him later won Pallav much praise from the police department. Saving Somaru’s life had also helped the state to get valuable intelligence on the Maoists.

On Tuesday, Pallav couldn’t help breaking down while regretting the tragic loss of two police personnel and the DD cameraperson.

“We were some 30 security personnel and there were more than 250-300 naxals ambushing from four sides. Still, they fought for a long time. When we reached there, two were injured. We tried to take them (to hospital) on a bike. But, it was not possible. So, we waited for an ambulance,” he sauid, and then broke down.

#WATCH: Dantewada SP Abhishek Pallav breaks down while talking about death of 2 police personnel & DD cameraman in Naxal attack, "For past 15 days, media persons were coming to remote villages to report problems of locals, ahead of polls. Agitated by this, Naxals attacked them" pic.twitter.com/OCrYbr0B4x

A bereaved Pallav said, "Naxals took a camera of one of the media persons and dragged the other two. My constable fought the Naxals, else two more media persons could have been harmed."

Pallav, who hails from Begusarai in Bihar, had been a practicising doctor before joining the IPS in 2013. He had done his MD from AIIIMS in 2009.