Home  »  Website  »  National  »  Amritsar Tragedy Was An Incident Of Trespassing On Tracks, No Statutory Inquiry: Railway Board Chairman

Amritsar Tragedy Was An Incident Of Trespassing On Tracks, No Statutory Inquiry: Railway Board Chairman

The Commisioner of Railway Safety will not probe the Amritsar tragedy as it was not a railway accident but an incident of trespassing on train tracks. 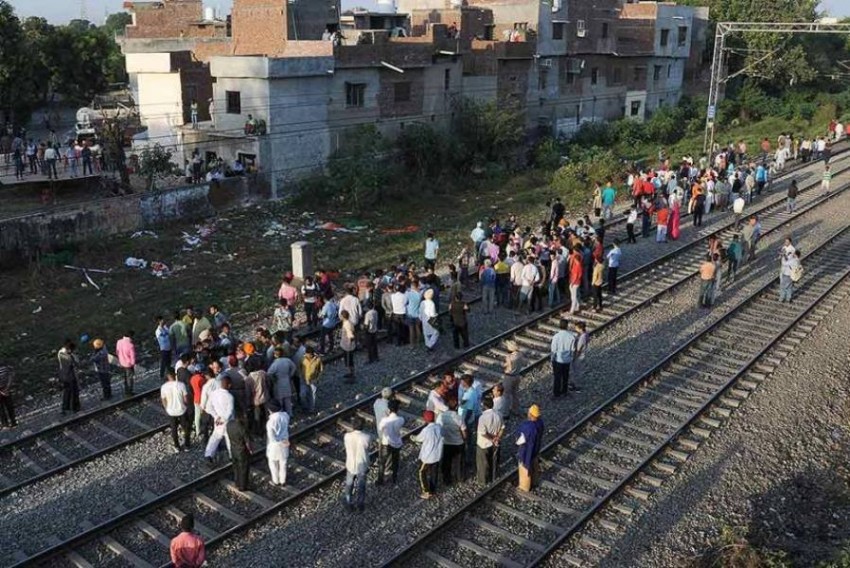 Punjab Police personnel and local people gather at the scene of the accident along train tracks in Amritsar.
PTI Photo
Outlook Web Bureau 2018-10-20T20:13:13+05:30 Amritsar Tragedy Was An Incident Of Trespassing On Tracks, No Statutory Inquiry: Railway Board Chairman 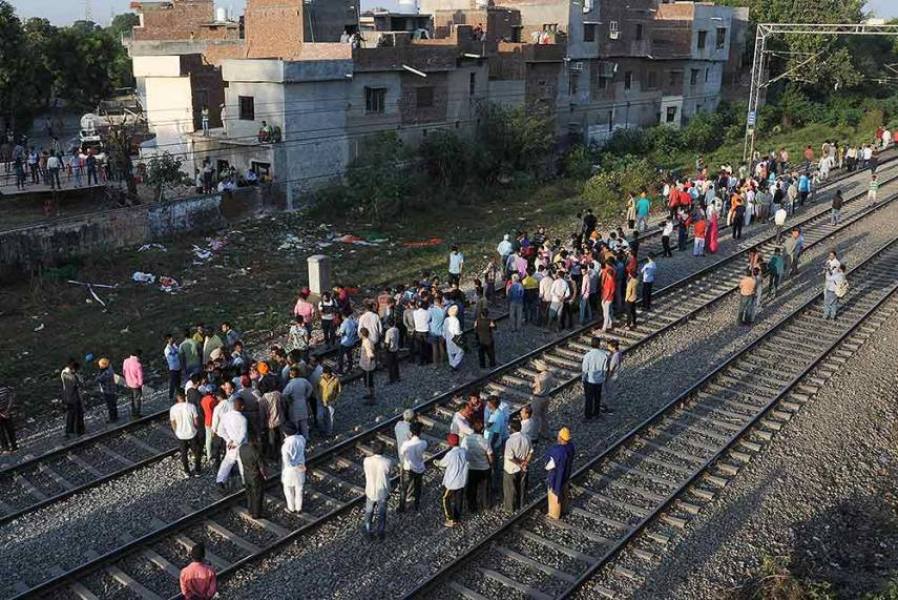 The Commissioner of Railway Safety (CRS) will not probe the Amritsar tragedy in which a train mowed down 59 Dussehra revellers, with the Railway Board chairman who said on Saturday that it was not a “railway accident” but a case of trespassing on rail tracks.

The Commission of Railway Safety works under the administrative control of the Ministry of Civil Aviation and conducts mandatory inquiry into all railway accidents - at unmanned level crossings, derailments or after a bridge collapse.

"The Commission conducts statutory investigation into railway accidents. This was an incident where people were trespassing on the tracks and not an accident," Railway Board chairman Ashwani Lohani said.

The railways has maintained that it was not at fault because it had no information about the Dussehra event.

Earlier, Minister of State for Railways Manoj Sinha ruled out any punitive action by his department.

"The incident was not a railways' fault. There was no lapse on our part and no action against the driver will be initiated," Sinha said Saturday.

"People should refrain from organising such events near the tracks in future. I think if precautions had been taken, the accident could have been averted," he said, adding wherever such events are held, the district administration gives the permission.

Vivek Kumar, Divisional Railway Manager, Ferozpur, said the driver has been questioned but no lapse was found.

He said the train was travelling at a speed of 91 km/hr but after spotting the crowd on the track, it slowed down to 68 km/hr.

Senior railway officials said that there was no way in which the railways could have averted the accident.

Railways which pays compensation in most case of accidents at unmanned level crossings, in which the victims are "trespassers", has so far not offered any monetary aid to the families of those killed on Friday.