Thugs Of Hindostan’ minted Rs 52.25 crore net on its opening day. Out of which Rs 1.50 crore came in from Tamil and Telugu dubs 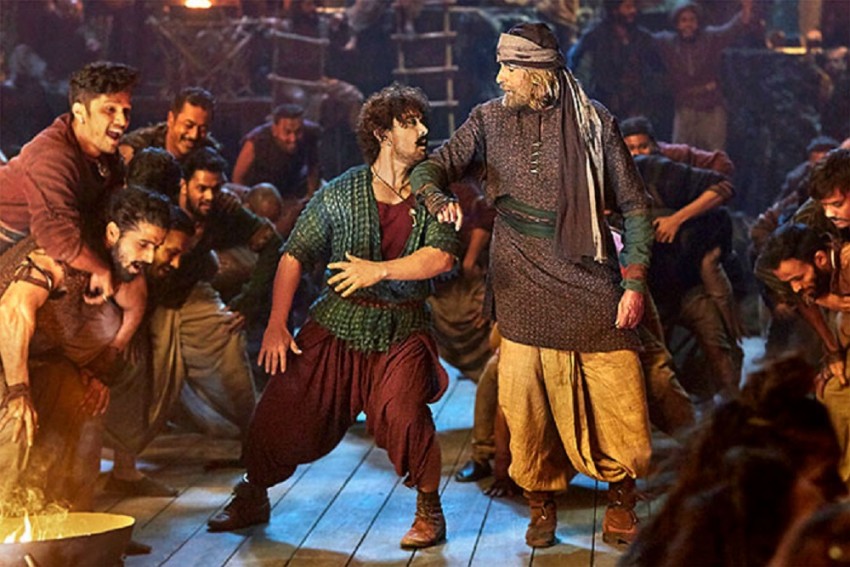 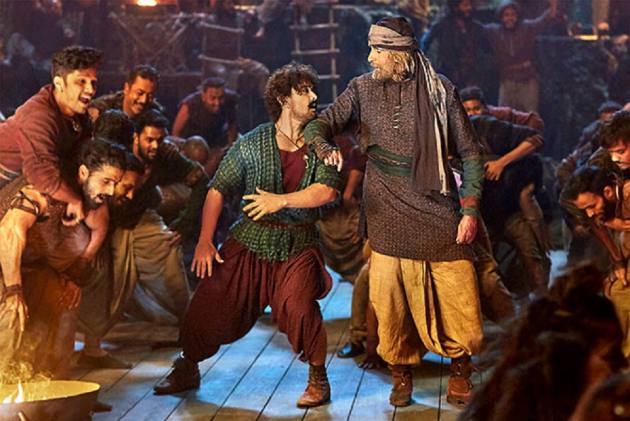 In spite of the majority of the critics giving a thumbs down to Amitabh Bachchan and Aamir Khan-starrer ‘Thugs Of Hindostan’ surpassed Rs 50 crore on its opening day. The team is humbled by the film's box office numbers. The film minted Rs 52.25 crore net when it released on Thursday.

According to a statement from its makers, Yash Raj Films, the film's Hindi version amassed Rs 50.75 crore and Rs 1.50 crore came in from Tamil and Telugu dubs.

Director Vijay Krishna Acharya said: "'Thugs of Hindostan' is the quintessential Hindi movie that we love to watch with our friends and families. We were lucky to get two of the biggest stars of our generation to come together for an out-and-out masala Diwali entertainer and we are humbled and ecstatic with the love and appreciation that audiences have showered on 'Thugs...' to help the film create box office history on day one.

"We are thrilled to see that audiences across age groups, across India are loving 'Thugs of Hindostan' and have made our film a part of their Diwali plans. We made 'Thugs...' with a vision to provide a pure festive entertainer for the entire family and this result is extremely gratifying for all of us at YRF."

The action-packed adventure is set on the high seas.
Aamir, who plays the character of Firangi, said: "I am humbled by the love and affection of the audience."

On the contrary, trade experts did not give promising reviews to the movie.Film trade analyst Girish Johar mentioned that the feedback is mixed.

"The feedback is neither good nor great as people were expecting huge and strong content from a deadly combo of Amitabh Bachchan sir, Aamir and YRF, so there's a letdown in there certainly," Johar said.

All in all, critics were not impressed by the "juvenile storytelling" of the film, which also stars Katrina Kaif and Fatima Sana Shaikh.

Since this is the first time that Amitabh and Aamir have shared screen space, asked if the cast will contribute to footfalls in theatres, trade analyst Atul Mohan told IANS: "Yes, the loyalists of Big B and Aamir Khan might just go and watch the film once but that will not help the film to survive for the longest because there is no good screenplay."

The period film is fictional and created an expectation to offer a big canvas experience to the audience, with its trailer. Asked if the visual effects are engaging enough for the audience to watch the film again, Mohan said: "I see no reason whatsoever to invest huge money on a Hindi film to watch VFX... and something that people can watch in the international cinema."

While the film was expected to utilise the festive weekend, trade expert Taran Adarsh tweeted: "'Thugs Of Hindostan' may reap the benefit of the holiday period + tremendous hype + impressive names in its cast... But will find it difficult to sustain after the initial euphoria settles down." He called the film "a golden opportunity lost" and "a king-sized disappointment".

'No More AIADMK Protests Over Sarkar As Controversial Scenes Removed'