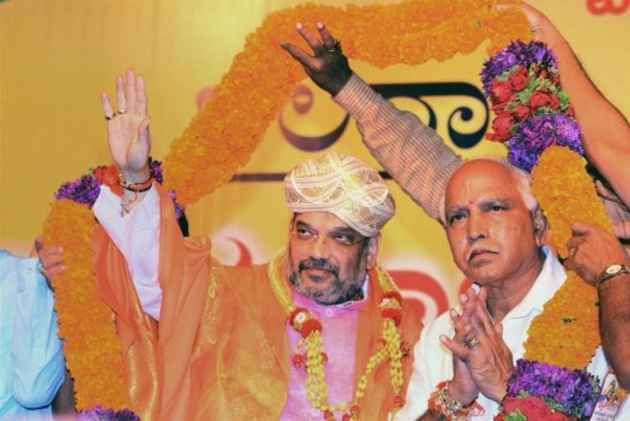 BJP president Amit Shah will launch the party's 79-day 'Karnataka Parivartan Yatra' in Bengaluru today with the aim of returning to power in the southern state.

According to a BJP statement, more than one lakh party workers riding motorbikes are expected to attend a rally to be addressed by Shah.

Prime Minister Narendra Modi will address a rally on January 28 on the conclusion of the yatra to be led by the party's chief ministerial candidate B S Yeddyurappa.

Party workers from the state's 28,000 polling booths are expected to take part in Shah's rally.

Top party leaders, including Union ministers and chief ministers, will attend the yatra, which will pass through the state's 224 Assembly seats, the statement said.

The Congress is in power in the state and the BJP is making all-out efforts to oust it in the Assembly polls scheduled to be held early next year.