It comes less than three weeks after the tempestuous US Open final, where Williams accused the umpire of sexism in an angry rant during her 6-2, 6-4 defeat to Japan's Naomi Osaka. 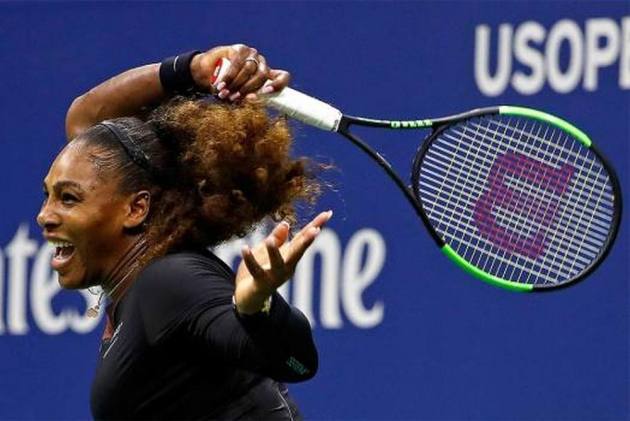 After enduring one of the most controversial episodes in the history of tennis earlier this month, American great Serena Williams was left out of the China Open draw on Friday.

An AFP report claimed that Sernena's name, along with that of her sister Venus, did not appear on a list of 64 players ahead of the tournament's start on Saturday in Beijing.

It's widely reported that the 23-time Grand Slam singles champion has called time on her season following her meltdown at the US Open.

It comes less than three weeks after the tempestuous US Open final, where Williams accused the umpire of sexism in an angry rant during her 6-2, 6-4 defeat to Japan's Naomi Osaka.

In extraordinary scenes, Williams went into a tailspin after a warning for receiving coaching from the sidelines, smashing her racquet and being docked a point and then a game.

She later said that she wanted to "move on" from the incident, but maintained that women players could not get away with "even half of what a guy can do".

"Right now we are not, as it's proven, in that same position," she told Australia's Channel Ten.

"But that's neither here nor there. I'm just trying most of all to recover from that and move on."

Reports from the United States said Williams' season is now over, making it the fourth year in a row she has curtailed her playing commitments -- although in 2017 she took time off to have a baby.

In 2016 she called it quits after the US Open citing a shoulder injury, and in 2015 she took a break after narrowly failing to win all four majors in the same year, following a shattering defeat in New York to Italy's Roberta Vinci.