In a series of tweets, Sinha, said the replacing of Advani by party chief Amit Shah "whose image or personality is no match nor a patch on him" was done "deliberately and intentionally" and "hasn't gone down well with the people". 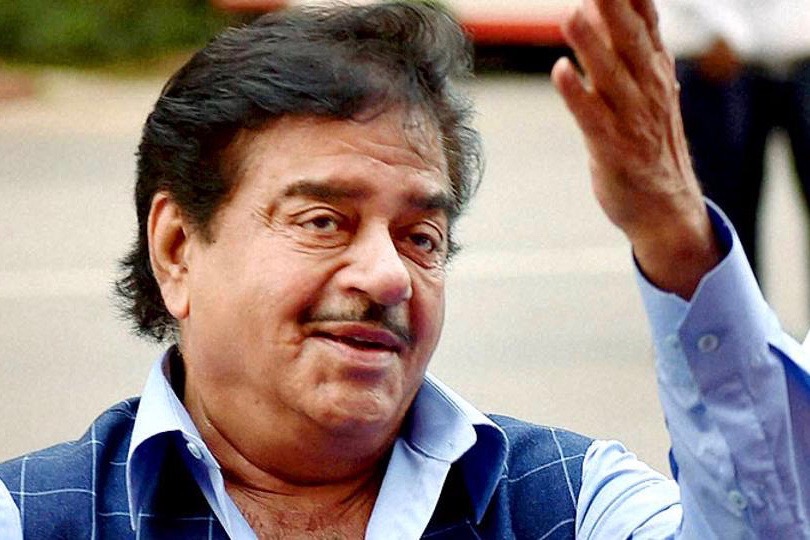 Dumped by the BJP for the Patna Sahib seat, actor-turned-politician Shatrughan Sinha, who has been taking direct potshots at the party leadership, on Saturday in a fresh salvo said he is "able and capable of answering back" to the party "in the same coin" even as he termed the sidelining of party stalwart LK Advani as "worrisome, painful".

In a series of tweets, Sinha, said the replacing of Advani for the Gandhinagar seat by party chief Amit Shah "whose image or personality is no match nor a patch on him" was done "deliberately and intentionally" and "hasn't gone down well with the people".  He said "no one can approve of such treatment to a father figure".

Sinha  said the sidelining of  "top builders" of the party like Advani, Yashwant Sinha, Murli Manohar Joshi and Arun Shourie,  "smacks of ingratitude".

Sinha said people are waiting to “give a befitting reply” to what is being done “by the one man show & 2 men army company”, in an obvious reference to Prime Minister Narendra Modi and BJP chief Amit Shah.

some people, even shameful... that which your people have done was the most expected & awaited....orchestrating the departure of a most respected friend, philosopher, guide, father figure & ultimate leader of the party Shri. L.K.Advani, from the political arena/ election.

He is a father figure & no one can approve of such a treatment to a father figure. What you & your people have done with me, is still tolerable. I'm able & capable of answering your people back in the same coin. Remember Newton's third law...every action has an equal and

one of the top builders of the party, Shri. Murli Manohar Joshi ji & now last but not the least, Shri.L.K.Advaniji smacks of ingratitude..

Nonetheless, people are watching at this hour, to give a befitting reply for all this that is being done by the one man show & 2 men army company. Long Live Shri. Advaniji! Jai Hind!

Shatrughan Sinha, known popularly in his Bollywood avatar as “Shotgun Sinha”, was expectedly  dropped by the BJP from the Patna Sahib seat.  The veteran actor-turned-politician probably had it coming, and even apparently appeared to be inviting the party’s ire with his constant potshots and barbs, many directed at Prime Minister Narendra Modi himself.

Sinha, a two-time MP from Patna Sahib, according to reports, is set to fight the Lok Sabha seat anyway, most likely as a Congress candidate.

From his earlier indirect jibes, his barbs against Prime Minister Modi had taken on an openly combative note.

On Holi, March 21, Sinha took to Twitter to convey Holi greetings to Modi but at the same time took a swipe at the PM’s “Main Bhi Chowkidar” campaign and “politely” reminded him about "unanswered questions" like the Rafale deal.

He said Modi’s audio address to 25 lakh chowkidars across the nation “may not have gone down well with the people and the Chowkidars, whose conditions are not desirable”.

“Happy Holi to you, Sirji. Once again I’ll remind you politely but firmly that don’t get into the sting of the operations of #Chowkidar. The more you are defensive of Chowkidar, the more the nation will be reminded of unanswered questions and the Rafale deal which people have been very desperate to know,” he said.

He also questioned PM Modi’s “sudden, unprepared and defiant mood” to address the chowkidars. “By the way Sir in a very sudden, unprepared & defiant mood you addressed the Chowkidars of the Nation, (so called 25 lakh..don’t know the basis of this figure, why not 21? 2.5?) May not have gone down well with the people & the Chowkidars, whose conditions aren’t desirable,” he tweeted, adding “Most of them live below the poverty line”.

Sinha later tweeted, “However sir, it’s not important that you address them in lakhs/hundreds, your rhetorics (were quite hollow. lacking punch/content). What was important was to address their plight, enhance their lifestyle, encourage them to live with dignity, better & regular pay scale.”

“Since you still are our Hon’ble PM of the Nation, I’m still with you… However, wishing you lots of love, luck, best wishes & of course a very colourful Holi to you & through you the entire Nation. Jai Hind!”

In December 2018, he had said joined the book launch of Congress MP Shashi Tharoor where he had taken potshots at PM Modi and party chief Amit Shah, saying he was personally against the "one-man show and the two-men army".

"So, whatever I have said and done was in the national interest and certainly not in self interest. So far, I have never asked for any favour, or anything for me," he said.

He said the people of the country need jobs and better facilities instead of promises and jumlas (rhetoric). "I am not just talking about Rs 15 lakh. I am not against him (Modi). I am personally against the one-man show and the two-men army. They are running the country. What kind of scene is this," Sinha said at the event.

Sinha has maintained his critical comments on various issues cannot be construed as “anti-party” and were meant to "show the mirror" to the BJP.

Sinha in December had met jailed RJD president Lalu Prasad in Ranch, which he had termed a personal meeting. However, with the mahagthbandhan talks then gathering pace, the timing of his meeting was considered significant.

Known popularly as "Bihari Babu", Sinha has on several occasions made it clear that the "place (constituency) will be the same, even if the situation changes”.

"Instead of guessing whether they (BJP leaders) will give me ticket or not speculation should be whether I will take the ticket or not," Sinha is quoted as telling PTI.

The actor-politician, who held the ministries of health and shipping in the NDA government of Atal Bihari Vajpayee, was a star campaigner for BJP for a long time before falling out with the current leadership after being ignored in the 2015 Bihar Assembly polls.

Sinha participated in Mamata Banerjee’s mega rally in Kolkata on January 19 where he shared the stage with prominent opposition leaders. Sinha said the rally was aimed at “saving Indian democracy from being ruined”.

He also shared the stage with Aam Aadmi Party leader and Delhi Chief Minister Arvind Kejriwal at a rally in Chandigarh in support of the AAP candidate and urged the electorate to vote for the AAP.

He has constantly targeted the NDA government over demonetization, GST and later the Rafale deal.