Am I A Traitor?

After Geo TV aired the suspicion of my family that elements within the ISI could be the masterminds of the assassination attempt on me, the ISI has struck back with this label. 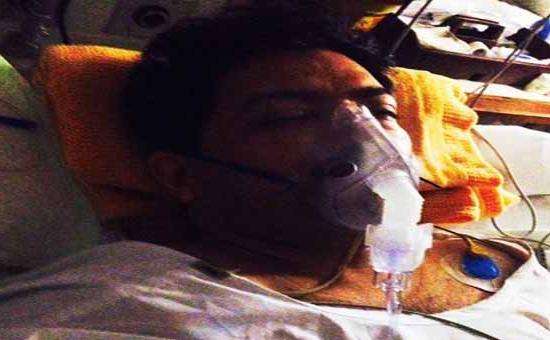 Traitors are of two kinds. First, those who get into a deal with foreign enemies and help enslave their own people. Syed Jafar Ali Khan aka Mir Jafar, the chief of Sirajuddaullah's army is one such example whose name has managed to stay on top of our local ‘traitors’ list despite a few centuries having gone by. Today, Mir Jaffar’s name is synonymous with treachery. Because of his treachery, Sirajuddaullah’s army was defeated by the British forces in the battle of Plassey in 1757, paving the way for the occupation of United India by the British.

The second, or other kind of ‘traitor’ does not collaborate against foreign powers. Instead, he raises his voice against those high and mighty who are bent on collaborating with the foreign powers in the name of ‘patriotism’. Most of this type of traitors do not carry arms, deploy tanks or possess fighter aircraft. All they have as weapons are their words which they choose from a vast vocabulary to speak the truth, and their pens (and nowadays keyboards) that aid them to deliver the truth to reach out to the masses. When they speak or write the truth, those with guns get rattled and label them traitors.

Our history is brimming with this second category of traitors. At present, a campaign has been launched to label people like myself and some other journalists in this second category. Those who live under the shadow of the gun not only want to label me and my organization Geo TV as 'traitor' but they also want to revoke my citizenship.

With due respect, I dare ask, what heinous crime have I committed to deserve this tag? An assassination attempt was made on my life a few days ago in Karachi. 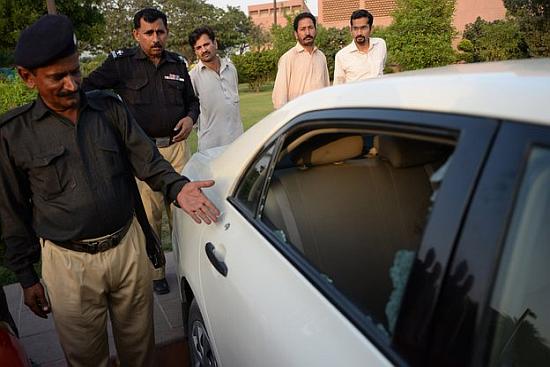 The author's car after the attack

I received six bullet injuries and Geo TV aired the suspicion of my family that elements within the country’s premier intelligence ISI could be the mastermind of that attack because I had informed my management many times in the recent past that some ISI officials were trying to use some extremists for silencing my voice. I was unconscious when my family suspected ISI for using some extremists against me. Upon opening my eyes, and realising that I had come out alive from the assault, I endorsed the stand taken by my family and immediately ISI sent a reference to the government for declaring Geo TV as a traitor. Some banned militant outfits came out on the roads in support of ISI. These included Hafiz Mohammad Saeed of the Lashkar-e-Toiba. Their only purpose is to get me, and the organization I work for, officially declared as traitors.

Ironically, this isn’t new. This name calling and labelling as a traitor has been going on for a while now. Decades, actually, when I come to think of it. At times, they have labelled someone making a political speech attacking dictatorship as traitor. At other times, even poems in praise of democracy were dubbed treasonous. The men with guns have used this label to describe Fatima Jinnah, the sister of our founding father Mohammad Ali Jinnah, despite the fact that she played a prominent role in the Pakistan movement. When military dictator Ayub Khan moved to subvert democracy, Miss Jinnah mocked the power of the men with guns. When she fought the presidential election against the dictator, powerful people labelled her an Indian agent and traitor.

Habib Jalib too was similarly described as a traitor simply because he wrote poems condemning the army action in Dhaka in 1971. The regime of the dictator General Yahya Khan who ordered the surrender of troops in Dhaka not only labelled him a traitor but also threw him in prison.

Pashtun nationalist Wali Khan, Baluch Nationalists Ghaus Bux Bizenjo and Ataullah Mengal, even though these leaders had played a key role in framing the Constitution of 1973 and pledged loyalty to Pakistan under that Constitution too were labelled as traitors.

Next, it was the turn of someone by the name of Zulfikar Ali Bhutto who gave us the constitution of 1973. His elected government was toppled and he too was dubbed an Indian agent. He was then falsely implicated in a murder case and sent to the gallows. It was during the regime of General Zia-ul-Haq, the military dictator who hanged Bhutto, that India occupied the heights of Siachen. During this period politicians like Benazir Bhutto, Maulana Fazlur Rehman, poets like Faiz Ahmed Faiz, Ahmed Faraz, and my father Prof Waris Mir as well as countless political workers, journalists, poets and writers were also labelled traitors.

Dubbing a war fought for the sake of foreign interests as ‘patriotism’,  Zia-ul-Haq, introduced the culture of the Kalashnikov, sectarianism, linguistic and ethnic divisions and narrow provincialism in the country. To weaken the political forces arrayed against him, Zia doled out guns to certain religious groups, and along with the accusations of treachery, fatwas declaring people ‘Kaafir’ too became part of the political discourse.

When another Prime Minister Nawaz Sharif refused to bow before the power of the gun in 1999, his government too was toppled and a case was lodged against him for hijacking as he too was declared a traitor. Then it was the turn of Akbar Bugti to be termed as a traitor, even though he had voted in favour of Pakistan when it was born in 1947. For this, he was driven in his old age to a cave deep in the hills of Baluchistan which became his final refuge and where he was killed. his killing was blamed on General Musharraf, a man who subverted the Constitution of Pakistan not once but twice. Musharraf was termed a usurper by the Supreme Court of Pakistan, yet his supporters continue to call Bugti and his family traitors.

Although ostensibly there is democracy in the country today, yet the men with guns have held democracy hostage. Elected government and superior courts look helpless in front of the people with guns. Via sold-out politicians, maulavis and intellectuals, those who champion the freedom of the press are being termed traitors once again. The wisdom of those sold-out individuals seems to be tied to the laces of heavy jackboots.

Today, I do not seek to address those who have sold their conscience to the enemies of democracy but to address you directly. I want to tell you that only a person like me who has suffered bullet wounds on his own body can feel the importance of the sacrifices of our brave soldiers. I too salute the sacrifices of our brave soldiers for the defence of the country.

But remember, these men offer sacrifices for my country and not to protect the unconstitutional privileges of a handful of people. You will not be able to hide your crimes behind the sacrifices of our brave soldiers. You represent the past that has fanned repression and injustice and the trampling of the rights of the smaller provinces. I am the representative of the hope that wants to see every institution in Pakistan bound by the Constitution. You believe the Constitution is a joke and every day you betray your contempt for the Constitution. To save a dictator from a treason trial, you kick up a hue and cry and label others traitors. I believe those who subvert the Constitution are the enemies of the country.

You divide terrorists into ‘good’ and ‘bad’ categories to confuse the people. I believe in unveiling your deceit. You aim to further your personal interests by handing over the country’s bases to foreign powers. You allow drone strikes on your own country and term your opportunism as patriotism. I believe such patriotism is a slur on the name of Pakistan. I believe in peace. You want to fan a civil war. I believe in holding my head high and speaking the truth to everyone. You believe in stabbing people in the back.

Agreed, you are very powerful because you have guns and tanks. But I do not want to beg you for a certificate of patriotism. If Fatima Jinnah could be called a traitor, if Jalib, Bhutto, Faiz, Wali Khan. Mengal, and Akbar Bugti were traitors, I accept being called a traitor. If you have me declared a traitor by any court or have a maulvi issue a fatwa for my death, I promise I will not deny your accusation. Your charge will be a favour to me. Whether you hang me like Bhutto or have me murdered like Bugti, I will not be stopped from speaking the truth. I want to be murdered at your hands, so I can live on in history. The verdict of who is or is not a traitor cannot be pronounced by a secret agency but by history.