If Federer is the greatest player of all time, I do wonder what Rafael Nadal is. 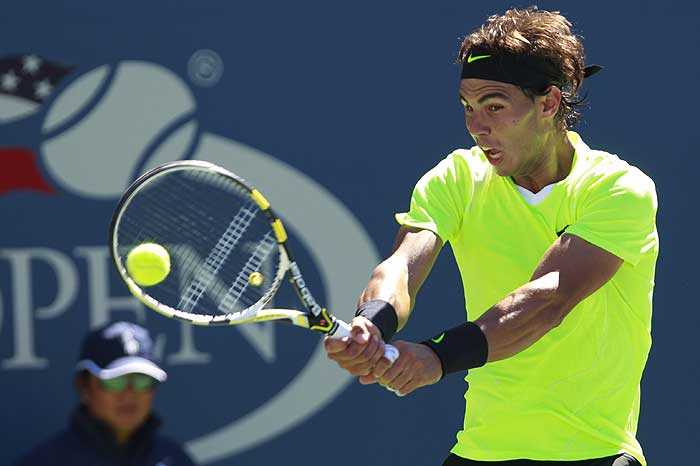 The day Rafael Nadal put fear into the soul of Roger Federer – on February 2, 2009, in the final of the Australian Open – it became clear that it wasn’t going to be a rivalry of equals from there on.

But even before that, even to Federer’s most fervent fans, the superiority – or greater effectiveness – of Nadal’s violent game was obvious. The numbers supported this, even then.

Consider this: During 2004 to 2007, a time when Federer was at the peak of his powers, when he made his reputation as probably the greatest, he won 11 Grand Slam, and became the only man to be ranked No. 1 for 200 weeks. His overall match record was 315 wins to 24 defeats.

He was king to all – all but Nadal, against whom his record was 6–8. It was a jarring portent of times to come – Nadal, much the younger man, turned 21 in 2007. He could only skew the record further in his favour in the years to come, as he gained experience, and as Federer aged and started the inevitable downhill segment of an athlete’s journey.

Even at his best, Federer found the teenaged Nadal troublesome; past his prime, it would be an unequal battle. The rivalry would be pursued in absentia – Federer would be through with his best game, and Nadal would chase his tally of Grand Slam titles. I think all Federer fans knew it would come to this; they knew that the Nadal storm was unstoppable, even by Federer.

They knew only injury born of his violent game could stop Nadal. Last year, when Nadal withdrew from Wimbledon because of tendonitis in both his knees, it appeared that he’d encountered the career-threatening injury with which his devastating game seemed to have made a pact of union.

However, Nadal came back strongly – a fitter, leaner man, with his amazing forehand intact, his amazing feet chasing everything. Against him in this sort of form, his opponents need to hit perhaps three winners, instead of one, to win a point. Nadal has proved indestructible.

Federer, meanwhile, seems to be going to pieces. In Nadal’s absence, he won Wimbledon last year, his 15th Grand Slam title. The 16th came at the Australian Open this year – and that could prove to be his last hurrah.

Last year at the US Open, he lost the final to Juan Martín del Potro – the first time the Swiss lost a Grand Slam final to someone other than Nadal. And this year, he failed to reach the semifinals at Wimbledon and French Open, and the final of the US Open. This could be the beginning of the end of a wonderful story.

And also, perhaps, the beginning of another wonderful story – Nadal’s chase of Federer’s record of 16 Grand Slam titles. Nadal started off as a claycourt slugger; gradually, he took over Wimbledon and Australian from Federer. Now’s that he’s reached the US Open final for the first time, it’s time for him to complete his career Slam.

In the story of these two great champions, Nadal started off as the villain – the muscular slugger with a rough game who’s put into shade the man who’s possibly the greatest tennis player of all time.

What made Nadal likeable is that he’s young and he’s not brash. Nadal peaked early; incredibly, he still seems to be peaking. He’s done it all and remained a nice guy – the toughest thing to do in the world of celebrity.

Sport is not aesthetics alone; sport need not be poetry in motion. Shorn of the frills, tennis is about putting the ball into the other side of the net, in a manner that defies return. Nadal simply does it best. Better than even the best.

If Federer is the greatest player of all time, I do wonder what Rafael Nadal is.