The Times Higher Education World University Rankings 2018 shows that 42 institutions in India are ranked among the top 1,000 institutions across the world

Shafeeq Rahman 2018-01-07T14:58:23+05:30 Why India Can Be An Alternative Education Destination For Students From Countries Banned By Trump 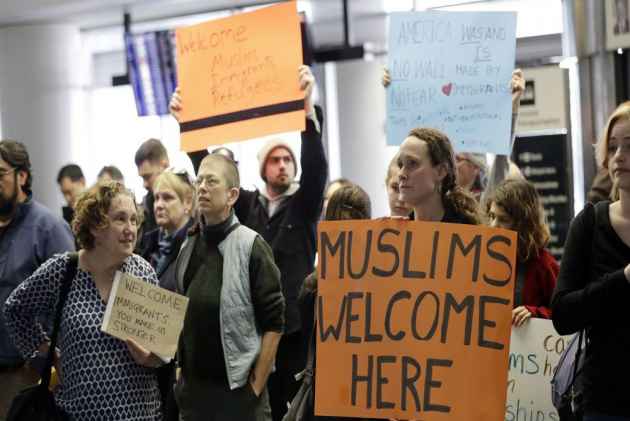 The US Supreme Court has recently approved President Donald Trump’s order to ban the citizens of six Muslim-majority countries: Chad, Iran, Libya, Somalia, Syria, and Yemen from Organization of Islamic Cooperation (OIC) from entering the USA.

The order is considered as the first step of Trump's one of the  promises that he made during the presidential election campaign. Definitively, the ban would restrict the entry of Muslim into the US and will make an adverse impact on the flow of tourists. Beyond these six ban countries, travel ban may indirectly affect the tourists from other OIC countries.

Besides the overall inflow of tourists, this ban would also adversely affect the enrolment of students in American universities. Currently, America is chosen for the study by around 12% out of total 1.27 million OIC students.

However, the prevailing suspicious behaviour towards Muslims since last year has hampered the influx of OIC student in the US. The growth of total students arrival in the USA was  17% between April 2014 and May 2017 but it was merely 0.44% for the OIC students and the numbers might further  decline after the imposition of the travel ban.

The US remains the top drawing country for the OIC students during 2016, followed by Russia, France, UK Saudi Arabia and Turkey. This trend is going to be changed after the travel ban. OIC students would now try to find alternative friendlier destinations for their higher studies. Educational institutions of many countries are trying to grab such a potential segment of OIC students and India could certainly become an alternative destination for them.

There were 45,424 international students enrolled in India during the 2015-16 session, OIC consists of 42% of the total students. The share of top sending countries out of the total 21,345 OIC students in India are Afghanistan (20%), Nigeria (10%), Sudan (10%), Malaysia (9%), UAE (7%) and Iran (7%). The growth rate of OIC students are higher than the other non-OIC countries, that potentially indicates that number of OIC students going to be larger in the coming years.

Comparatively, India has trivial 1% share in total international inbound students and a little higher 2% for the OIC students. But the reform in the FDI and registration of institutions under private sectors in India has improved its overall education standards. The Times Higher Education World University Rankings 2018 reveals that 42 institutions in India are ranked among the top 1,000 institutions across the world against the previous 31 in 2017.

Aforementioned figures indicate that India has the potential to become an alternative educational preference for the overseas students by improving the overall education standards, and most importantly, by following the principles of tolerance.

(Shafeeq Rahman, Ph.D, is a Delhi-based researcher. The views are personal)