After India Rakes Up Issue Of 'Incorrect Map' At Trudeau Event, Canada Says It Does Not Imply Endorsement 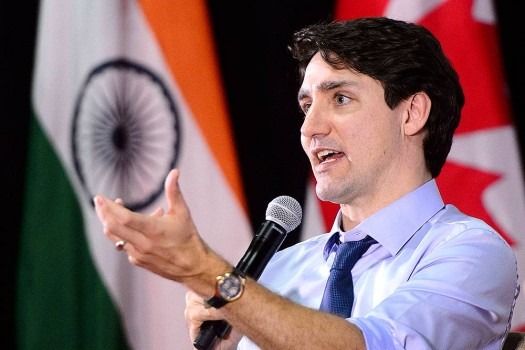 Canada has conveyed to India that presence of Prime Minister Justin Trudeau at an event here last month where the Indian map was "inaccurately" depicted, did not reflect its endorsement.

Trudeau had attended a conclave of Young Change Makers here on February 24 where the Indian map was reportedly shown incorrectly.

"We had taken up the matter with the Canadian side. We were informed that the inaccurate depiction of the Indian flag happened at the Young Change Maker's conclave held on Feb 24 which was attended by the Canadian Prime Minister," Kumar said during a media briefing.

He said the Canadian government has conveyed to India that the event was organised by a third party and the map and its backdrop were an artiste's creation.

"We have been told that they do not imply endorsement or acceptance by the government of Canada," he said.

Replying to another question, Kumar said the visit of a Chinese dignitary here has been cancelled as he had to attend a meeting of China's Communist Party.

What Happens To The Human Body After Spending One Year In Space? This NASA Study On Astronaut Scott Kelly Finds Out