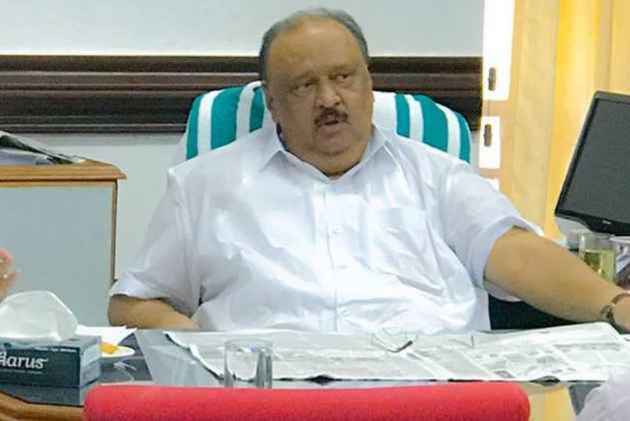 In just over a year in office, three ministers in Pinarayi Vijayan’s cabinet of the Kerala government have resigned. The third, Transport minister, Thomas Chandy, was hanging in there even as the Communist Party of India of the Left ruling front, had called for his resignation. Finally, even his own party Nationalist Congress Party, after a meeting had taken the decision that he should do so. The CPM state committee too had left it to Vijayan to take a decision. Chandy, who was accused of reclaiming the Marthandam backwaters on which sits his Lake Palace Resort in Alappuzha, and of violating the Kerala Conservation of Paddy Land and Wetlands act by levelling paddy fields to build a road to his resort, was brazening it out refusing to resign. With the Alappuzha district collector, T V Anupama’s final report confirming that the minister had indeed appropriated government property and encroached the backwaters, his continuing in the ministry had become untenable. Instead of observing moral propriety, Chandy in a first of its kind, moved the Kerala High Court seeking action against the collector for her baseless allegations against his Water world tourism company and to quash the report. However, the high court dismissed his plea and asked if a minister can file a case the government. Now Chandy has said he would be approaching the apex court before he taking a decision. Earlier, a vigilance court in Kottayam, based on a complaint by Advocate Subhash had ordered a quick probe against the minister. The minister wanted to move the apex court before he decided what to do.

Chandy, 70, the richest minister in Vijayan’s cabinet, took over as minister from his predecessor A K Saseedharan (NCP) , on April 1, after the latter resigned following an airing of an aural tape by a television channel, where Saseendharan was obviously in the throes of phone sex with a journalist. (The complaint, given by purportedly a journalist, was withdrawn and settled out of court recently.)  Chandy, had become minister, even if he had a shadowy past rife with charges of allegedly siphoning of millions from the Indian School in Kuwait, run by the Indian community, in early 2000. Though convicted, Chandy allegedly managed to escape imprisonment and flee to India after paying a fine, the stain has continued to remain with him. Two others along with him had to complete their jail term.

Even during his short term as minister, Chandy had managed to get medical treatment in the US using the tax payers’ money. According to a Mathrubhumi report 1.9 crores was spent on Chandy himself. The road through the paddy fields from the main road to the Lake Palace Resort had also used tax payers’ money: MP funds of P J Kurien (Congress) and K E Ismail (CPI). The funds were used to raise the land and make a mud road through the paddy fields but it caught the attention of the media when Rs 28.5 lakhs of Harbour Engineering Fund was diverted to tar the road making the approach road to his Lake Palace Resort more accessible. Earlier, visitors had to take the boat to his resort. Vijayan had come under a criticism for not sacking Chandy but allowing him to continue.