After A Short Break Tripura CM Biplab Deb Is Back, Says Tagore Returned Nobel Prize In Protest Against British 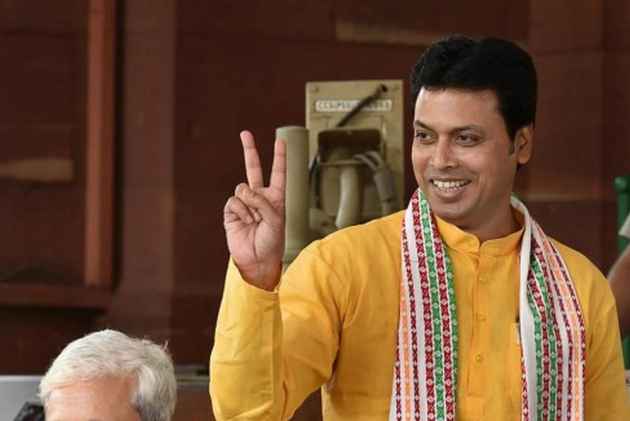 After his remarks on ‘internet in Mahabharata’, ‘Diana Hayden unfit for Ms World’, ‘Civil engineers apt for civil service’ and so on,  Tripura Chief Minister Biplab Kumar Deb has yet again found himself as the subject of trolls on social media for his comment that Tagore had returned Nobel Prize in protest against the British.

According to a report, a video circulated on social media shows the 46-year-old chief minister telling his audience that "Rabindra Nath Tagore returned his Nobel Prize in protest against the British."

Howwever, the fact is that Tagore had never returned the Nobel Prize he won for poetry in 1913. Deb could have been confused with Tagore denying Knighthood in protest against the Jalianwalla Bagh massacre in 1919. Deb made these remarks at a function in Udaipur to mark birth anniversary of Tagore.

Last month, after a series of controversial statements by him, Deb was summoned by Prime Minister Narendra Modi, who himself is facing the social media heat for messing up facts during the Karanataka election campaign speeches.

Deb had claimed that Internet and satellite communication existed in the days of Mahabharata. He also questioned the crowning of Diana Hayden as Miss World in 1997. He, however, had to apologise for his statement after Hayden slammed and said she was proud of her brown skin.

He had also advised the youths of Tripura not to waste their crucial time and, instead, milk cows for livelihood.