Aarushi, sadly, will never get justice in India. But her parents can be spared additional anguish. 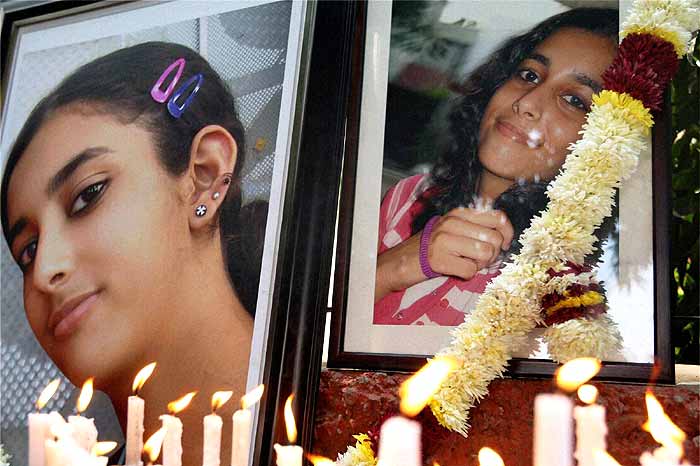 Aarushi Talwar was my niece. As someone who knew her well, the publication of Avirook Sen's book on this case has been at once gratifying and depressing.

Gratifying because the book systematically lays bare the reality of the past seven years: the Talwars' prosecution is at best an example of an investigation gone terribly wrong, and at worst the outcome of vindictive personalities.?It has also been depressing to think of how unnecessary all of this was. Instead of mourning the death of their daughter, Nupur and Rajesh Talwar have been condemned, without evidence, of committing the crime themselves. It would be dystopian if it weren't true.

But this isn't a piece on why the Talwars are innocent; you can read the book and reach your own conclusions. Rather this is a reflection on law and justice in India.

In his book “The idea of justice”, Amartya Sen argues that it is entirely reasonable for a diverse group of people to have differing notions of justice. Yet at its core, every just legal system offers due process to all individuals regardless of the circumstance. But as Indians we struggle to reconcile this ideal notion of justice with the reality of a decrepit legal system. Since very few cases actually result in a timely prosecution, the media has become a public court room for snap judgements. Simple narratives - honour killing, illicit relationships, absent parents - become accepted motives. And so it goes.

I have a daughter, she's very small now. But I can imagine that when she's a teenager, she'll be just like Aarushi - beautiful, sensitive and responsible. And like any teenager she'll argue with her parents, have crushes, keep a diary and have the mind of a 14-year old.

Now take these fleeting, random and playful thoughts of a teenager and splash them on TV channels and newspapers with innuendos thrown in for good measure. Repeated enough number of times, hearsay becomes the truth. It must make you uncomfortable thinking about your own child exposed to the world in this way. Our family felt the same.

From the media to the law. Botched evidence and unsubstantiated theories by the police are nothing new, especially in high-profile cases. But the sheer incompetence and lack of accountability of the investigative agencies in this instance is distressing. If any of us are unfortunate enough to find ourselves dealing with the law, will we have the opportunity of a fair trial? Will the police be held responsible for libellous claims and conducting a biased investigation?

During the past seven years, I have been part of many online petitions, Facebook groups and joint op-eds that demand "Justice for Aarushi". As time goes on, it's less likely that we'll be able to achieve that. Justice for Aarushi requires righting two wrongs. First, the Talwars get a fair hearing in a court of law - something that has been denied to them so far. Second, the case is investigated in a thorough and professional manner.

It's hard to see this case being reopened or the real perpetrators being prosecuted. The evidence has been tampered, the biases are set and the trail is cold.

Aarushi, sadly, will never get justice in India. But her parents can be spared additional anguish. And a family, whose life has been on hold for the past seven years, can start to rebuild the pieces.

Nupur and Rajesh have never asked to be presumed innocent. Their and the family's plea is to simply have a clean and fair investigation, a police that's competent and a legal system that doesn't write the verdict before hearing the defence (as is alleged in Sen's book). A plea that the life of a 14-year old not be tarnished with sleazy and false stories. A plea to preserve the memory of a daughter that's pure.

(Shailesh Chitnis is a freelance journalist based in Bangalore. He has previously written for The Economist. The views expressed here are his personal views on the case. He is related to Nupur and Rajesh Talwar.)