A Time To Rejoice

A rare fragrant wind blows through our troubled land. Hope, optimism, expectation, and a sense of common destiny dangle tantalizingly before the republic... 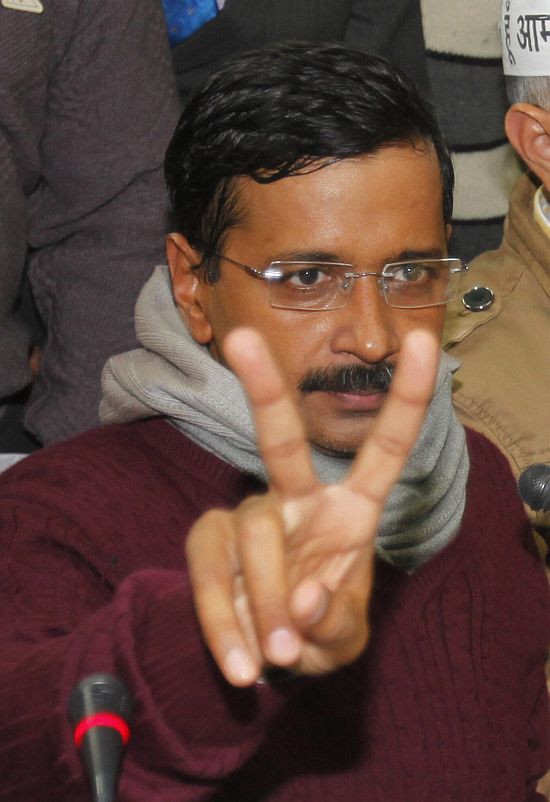 With a muffler thrown carelessly around his ears, trousers which clearly did not come from Fab India, casual sandals on his feet wrapped in untidy socks, Arvind Kejriwal delivered the speech of his life while winning the trust vote in the Delhi assembly. As I listened, I thought, when was the last time a speech by a politician, a novice politician, inspired and moved me. I couldn't remember. Like most journalists, I wear my scepticism bordering on cynicism, not merely as a badge of honour, but as an essential tool of the trade. Given the unlimited deviousness of our rulers — note the chicanery in the delayed Congress response to the Adarsh scandal, and the fanfare with which the 'criminal' Yedurappa is welcomed back to the BJP — a journalist without the aforementioned protective gear would blindly print everything that he was told.

When it comes to oratory, Arvind Kejriwal is no Martin Luther King or Atal Behari Vajpayee. Yet he stunned the nation not by revolutionary rhetoric but with a sensible, middle-of- the-road, achievable vision. Speaking softly in a discourse laced with irony, wit, self-deprecation and seldom heard plaintalk, he laid out before the citizens of Delhi his 'impossible' agenda. Ralph Waldo Emerson once said, "The eloquent man is he who is no beautiful speaker but who is insanely and desperately drunk with a certain belief." He could be talking of Kejriwal.

Kejriwal came to the assembly accompanied by the widespread anxiety, even among his close followers, that the AAP was too good to last. On the evening of December 24, when a party MLA revolted because he had been denied ministership, the script seemed to be playing to a predictable finale. These untested and rowdy legislators with comical caps would be at each other's throats sooner rather than later. The AAP would self-destruct. I-told-you-so-wallahs were delirious with joy.

It didn't happen. That small bushfire was doused swiftly. Since then Kejriwal and his team have been remarkably sure-footed. They could be mistaken for veteran MLAs.

Two of the so-called 18 impossible promises have already been delivered. The BJP and the Congress may quibble with the small print, but they do so at their own peril. The Congress is presently over a barrel. If it plays any dirty games over 'unconditional' support, the voters of Delhi, and I dare say the voters of India, will inflict further punishment on a party already in pretty desperate straits. Harsh Vardhan and Co, meanwhile, need to be careful in taking on Kejriwal. Most people who voted AAP in Delhi, when asked, confessed they would support Narendra Modi in a general election. Relentless hostility to a party that enjoys unprecedented popular support could be a dangerous tactic, possibly counter-productive when the BJP makes its pitch to these same voters. Benign neglect of the AAP as a strategy for the Sangh Parivar makes more sense.

Make no mistake. A rare fragrant wind blows through our troubled land. Hope, optimism, expectation, and a sense of common destiny dangle tantalizingly before the republic. The AAP mania is gathering nation-wide momentum. Each day brings news of CEOs, film stars, taxi-drivers, eunuchs, scientists queuing up in several cities clamouring for membership. Money in small notes is pouring in. It is all unsurprising. Once the AAP demonstrated it was no fringe NGO (expert at agitation, hopeless at wielding power) India would follow Delhi's example. Already talk grows of Narendra Modi vs Arvind Kejriwal as the real contest in the general election.

Forgive me if I seem to be going ga-ga over something which may prove ephemeral. Since late last year I have been consistently championing the aam aadmi cause, and if you will pardon a touch of immodesty, I was among the first in India's eclectic commentariat to predict that AAP would spring a 'surprise' in the capital. As somebody who gets his political forecasts spectacularly wrong, I can be excused for feeling faintly smug at the moment. When readers of this column and other columns on the subject get some time, I suggest they savour the style and substance of Arvind Kejriwal's full speech to make up their own mind whether I have gone overthe-top or whether Kejriwal's emergence from relative obscurity on to the national stage, is a matter for rejoicing . While you make up your mind, consider the state of terror our traditional political parties are experiencing (Rajasthan's new CM Vasundhara Raje Scindia reportedly came to work last week in a taxi) as this Arvind-come-lately changes the rules of the game almost on a daily basis.

One final reason we have to be grateful to Kejriwal: he has knocked off Modi from the front pages!

This article, written before the current controversy over Prashant Bhushan's remarks on Kashmir, was first published in the Times of India