A State Of Moral Panic

Baba Ramdev has promised his very own ‘satyagraha against corruption’ in a few days. As with everything the tele-charismatic Baba does, this one promises to be a bigger and a blockbuster version of the Jantar Mantar show 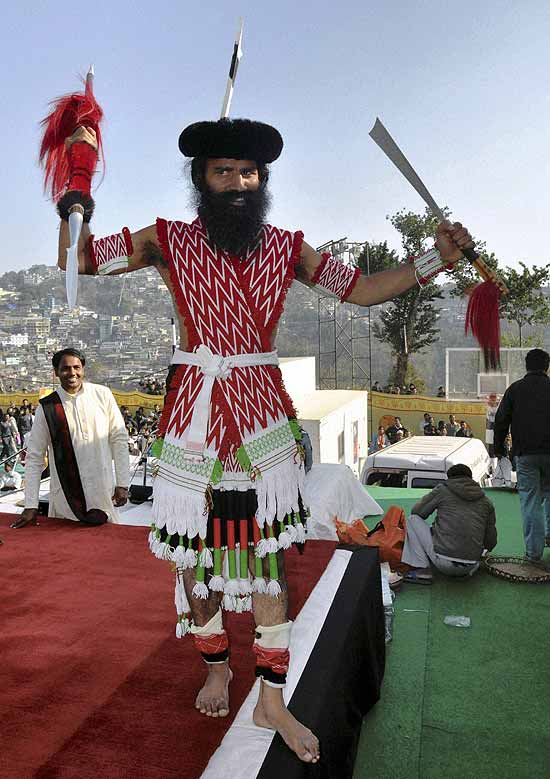 Baba Ramdev has promised his very own ‘satyagraha against corruption’ in a few days. As with everything the tele-charismatic Baba does, this satyagraha promises to be bigger and better than the last one. And its demands seem even more dramatic. For one, the stage for Baba’s fast-unto-death is reported to be Ramlila Maidan, a venue with a capacity for several tens of thousands audience that can easily upstage the more modest Jantar Mantar. Even if only a fraction of Baba’s television followers were to assemble to gain darshan of his holiness observing ann-shan in this intense summer heat, it would take a space as large as Ramlila maidan to home the multitude of protestors-cum-devotees. One can safely guess the event would be televised live on Aastha TV – India’s no. 1 socio-spiritual-cultural channel, as described by its website – avowedly committed to beaming live spiritual awakening directly in our living rooms. Corruption will soon be added to a long list of things the followers will be expected to cleanse themselves of. An early peek into the demands set by Baba reveals a demand of death penalty for the corrupt – all those who thought Baba believed in less than full measures were clearly wrong.

While Osama may have captured the front-pages, clearly the intense euphoria caused by Anna Hazare’s four days of fasting is yet to subside fully in the popular imagination – as Baba Ramdev’s resolve to fast shows. If at all, it has grown with each milestone of success the middle class cause of anti-corruption won. While the daily outpourings at Jantar Mantar have stopped, the fight against corruption has gained an active digital life where the supporters of ‘India against Corruption’ continue to quote Anna’s words and teachings and write moist-eyed status updates to shame the cynics into action. India, it seems, is in grave danger of sudden moral implosion. And only urgent mass action can stop the nation from sliding into the global dark alleys.

The seeming mass support for Anna – and now Baba Ramdev’s impending satyagraha – has become a source of intrigue for those trying to make sense of 'our revolution.' Consider the following: Jantar Mantar is now fondly called our Tahrir Square; Anna is revered as a twin reincarnation of Jai Prakash Narayan and Gandhi; and some insist that it is the non-violent mode of protest – fasting – of a vegetarian activist that has forced the government to its knees. The 24 hour reportage – a witty commentator accurately calls it ‘spectolage’ – and beaming pictures of the milling crowd around the fasting activist have clearly created a giddy simulacrum of a revolutionary mass movement.

While the digital media has played a definite role in amplifying the scope of Anna Hazare’s protest, the success of this middle class activism has a deeper logic entangled in the changing forms of the nation-state and global capital. Since the neo-liberal reforms in early 1990s, the logic of the Indian nation has been firmly linked to its economic success measured in terms of foreign investments, tourism revenues and the growth of industrial/technological zones. The establishment of special economic zones in various parts of the country has become a sign of the state’s willingness to open doors for business. Many regional states compete with each other to attract investors and tourists – both foreign and domestic – in order to aid economic growth. Gujarat and Bihar are examples of this trend as they are routinely cited as regional successes based on their capability to attract investments even as they lag behind on issues of social equity and equality. West Bengal, based on the same measure, is cited as a loser as it failed to establish appropriate environment capable of attracting corporate patronage. The wounds of Nandigram and Singur are said to have scarred the economic prospects of Bengal for a long time to come. In short, the prime function of the neo-liberal state is to facilitate the circulation of capital in a free market. The slogans of ‘inclusive economy’ and ‘growth with a human face’ are safely read, and dismissed, as harmless political rhetoric necessary to the business of electoral politics.

Against this background, the surge of middle class activism around the issue of corruption begins making lot of sense. That corruption – mandatory bribes to government officials, shady deals between politicians-businesses, for example – has had its own informal economy for long was well articulated by Rajiv Gandhi. He commented, in unusual candour for a politician, that only 15 paisa out of each rupee of public expenditure actually reached the intended beneficiary. And this was in 1980s after the nation had been shocked by its first big (now almost miniscule in comparison) scandal in the arms purchase from the Swedish manufacturer Bofors. Since then, one had almost become shock-proof to a long list of scandals and stings that appeared on the national scene in quick succession and frequency. This, however, till the mother of all scandals took place during the Commonwealth Games (our answer to Beijing’s spectacular Olympic show) only to be topped by the Niira Radia tapes that have shocked and regaled the public at once. Corruption, all of a sudden, has become the unbearable source of moral panic in middle class India, reviving the old demand for Lokpal Bill and the institution of a Scandinavian style office of ombudsman.

In this corporate nation, eager to become an economic success like China, corruption now is no longer an issue confronting the ‘common man’ alone, it has been transformed into a dangerous red flag potentially warning away investors and tourists. This becomes apparent when concerned commentators in India routinely invoke global rankings provided by agencies like Transparency International to boost their demand to do something about corruption. To the shock of many, the newspaper reports last year ruefully noted that India had slipped three ranks below in transparency index – from 84 to 87 in a list of 178 nations. This is below China which stands at an improved slot number 78; but on top of the BRIC nations as the most corrupt. The solace, if at all, at least for the nationalists, is that Pakistan is placed way down at number 134 in company of more corrupt Asian and African nations. These figures are interpreted as threats to India’s growth and its capability to attract investments in future. Often, think tanks and business schools list corruption as the most important challenge in India and the government is expected to remove these obstacles and smooth out the proverbial red tape for corporations.

This is where moral entrepreneurs like Anna and Baba step in. The spectacle of the past days is precisely the promise to do that much needed something. The ambiguity inherent in this demand for something is what makes it successful as well. As has been noted frequently, few among the crowd at Jantar Mantar question or debate the provisions of Lokpal Bill, or even the usefulness of such legislation. Yet it has provided a collective catharsis for the nation in which to shed its shackles and embrace something new. It is not a coincidence that this public performance is enacted around the ritual of fasting – of cleansing and purifying one’s body of pollutants – that has struck a particular chord with students, youth activists and office workers paying their lunch break obeisance to Anna. Indeed we know that expenditure of one’s body is not enough to evoke either public passion or state’s capitulation – Irom Sharmila’s decade long fast to repeal the Armed Forces Special Act testifies to this lack of concern. Corruption, on the other hand, strikes a doubly powerful theme – the plight of the common man entwined with the even more potent fear of economic stagnation. The success of anti-corruption satyagraha lies in this economy of moral panic.

And in Ramlila Maidan, we are about to witness its blockbuster version.

Ravinder Kaur is the author of Since 1947: Partition Narratives among Punjabi Migrants of Delhi. 2007. Oxford University Press.