A Popular, Not Populist Budget

The budget set against the backdrop of a destabilising demonetisation process, seeks to give a renewed but measured welfare a push because it is not dipping into more borrowings than the fiscal legroom permits. 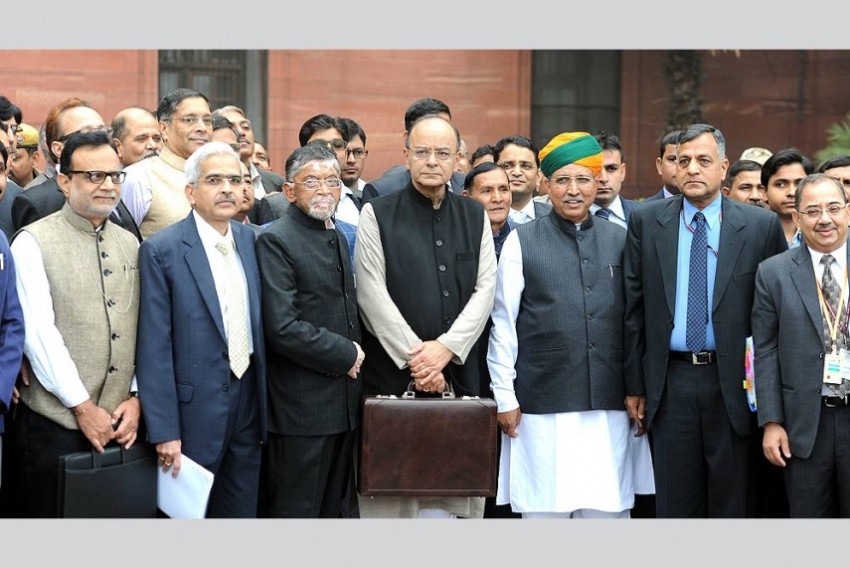 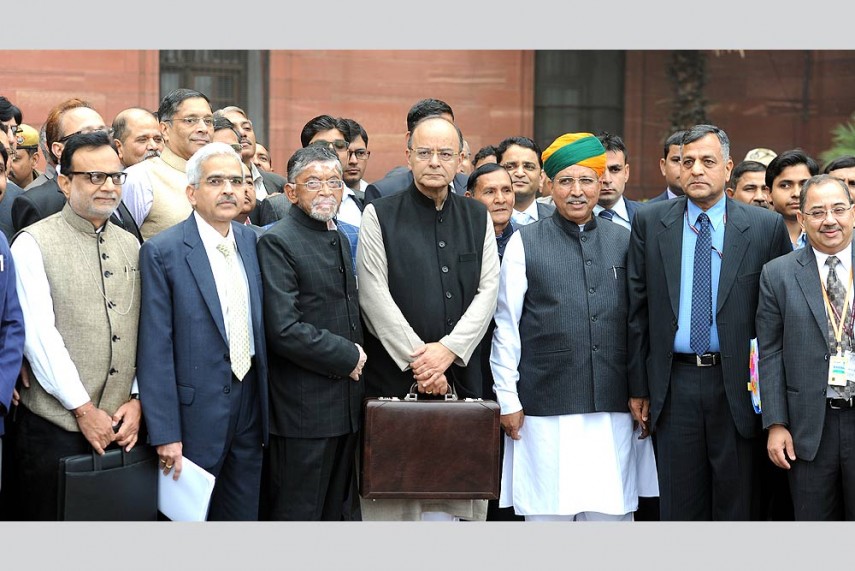 Finance minister Arun Jaitley, presenting a landmark budget 2017-18 of many firsts, has sprung a surprise few expected. He has raised government spending by a quarter per cent, signaling the government’s mood to splurge, but without breaching the fiscal-deficit limit. That’s the big takeaway that makes it a popular, not a populist budget.

The budget set against the backdrop of a destabilising demonetisation process, seeks to give a renewed but measured welfare a push because it is not dipping into more borrowings than the fiscal legroom permits.

The Modi government will look to bring 10 million households out of poverty under a pilot Antodaya mission, which will be a new targeted poverty alleviation scheme.

Poverty alleviation has been a big theme in Jaitley’s budget speech. Measures include greater capacity building for panchayats and the highest ever increase (Rs 48,000 crore) for the rural jobs scheme MNREGA. However, at least Rs 12,000 crore of this will go towards payments of arrears.

Expecting a good monsoon, the government hopes that agriculture growth will be robust like this year’s 4.1%. The farm insurance scheme is set to be expanded to 40% of cropped, with higher allocation. However, the response from farmers have been far from satisfactory in the current year.

The focus of MNREGA is being increasingly aligned to farm productivity and drought proofing. A majority of MNREGA activities will continue to be focused on rural water-harvesting systems, such as ponds. A new contract-farming law has been proposed, which could tackle India’s problem of low-scale agriculture due to fractious land-holdings.

The government is looking to change its policy focus on affordable housing, which is a welfare measure, by extending to it the benefits enjoyed by big-ticket infrastructure industry. For instance, exemptions on profits made by firms building housing for poor. This will also help the real-estate sector to claw out of a severe blow from demonetization.

Those who worry about wrecking the finances, Jaitley’s fiscal path should be heartening. He increases capital expenditure, or money spent on new projects, not salaries or arrears, by 25.4% without deviating from the fiscal deficit target of 3.5% of GDP in FY17 (year ending March 2017) and to be consolidated further to 3% in FY18.

Inevitably, demonetization was a big theme in the budget. Jaitley said post-demonization, personal income tax receipts had gone up by 35% and along with a digital push, the goal is to bring more and more people into the formal economy.  Cash payments will now no longer be permitted beyond Rs 3 lakh. A slew of new measures were announced to limit cash donations to political parties.  A new legislation to confiscate property of big-time tax offenders was also announced.

The government has raised tax exemptions to small enterprises, the largest source of employment, to boost jobs. Despite low global growth, the government continues to pin its hopes on FDI, which was down to trickle in 2016. In a major reform, it announced the scrapping of the Foreign Investment Promotion Board to ensure all FDI takes the automatic-clearance route.

Contrary to heightened expectations of income-tax sops, Jaitley stuck to modest exemptions, of not more than just Rs 12000 annually, across the board. That’s not much.

The budget isn’t greatly innovative because the finance minister has believed more in staying the course he had set out on. Like in 2016, the budget’s focus remains the rural economy and fiscal consolidation. Therefore, two of the biggest expected announcements didn’t come through. One, a fancy universal basic income on the lines of Finland. And secondly, an amendment of the Fiscal Responsibility and Management Act to deviate from the scripted path of consolidation. Clearly, the Modi government doesn’t want to borrow more than it can earn.