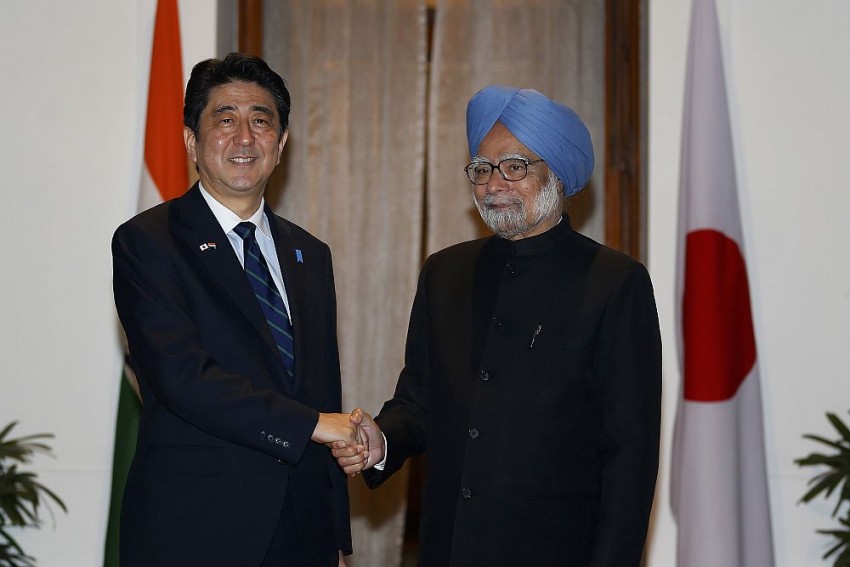 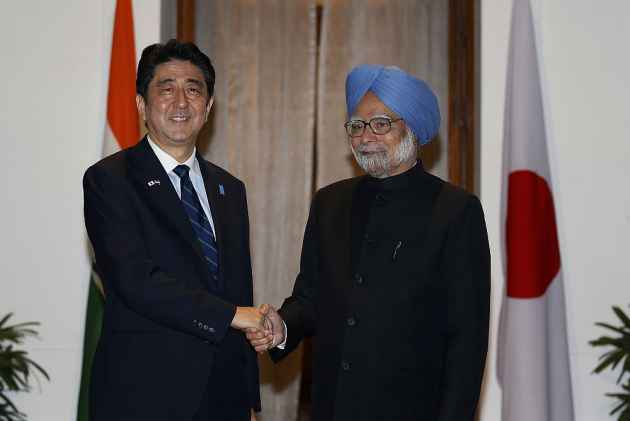 Weeks after Japanese Emperor Akihito and Empress Michiko were in India for one of their rare overseas visits, Japanese Prime Minister Shinzo Abe joined India’s 65th Republic Day celebrations to commemorate the Indian constitution that came into force in 1950. Together these visits not only underscore the growing centrality of India in Japanese foreign policy but also demonstrate subtle shifts in the Asian strategic landscape. This is a time when Beijing’s aggressive posturing on territorial issues is creating regional demand for greater strategic equilibrium. While China’s disputes with its neighbours in the East and South China seas have garnered increasing global attention, China has also been busy been challenging India along land borders and in the waters of the Indian Ocean.

Tensions between Beijing and Tokyo over disputed islands in the East China Sea reflect growing major power rivalry in Asia. Indian foreign policy is gearing up to manage this major power dynamic in Asia, making the region central to its strategic calculus. In the name of non-alignment, India for far too long tried to avoid US allies in East Asia. But the changing geopolitical realities are now forcing Delhi to acknowledge significant convergence between its own regional interests and that of longstanding US allies such as Japan and South Korea.

Days before Abe’s visit, South Korean President Park Geun-hye was in India on a state visit, providing opportunity to New Delhi and Seoul to impart new dynamism to their bilateral relations and underscoring the success of India’s Look East Policy. Signalling intent to take India–South Korea ties to new heights, the Indian environment ministry approved a proposed 12 million-tons-per-year steel plant in Odisha by South Korea’s POSCO just before the visit – a proposal that had been stuck for more than eight years due to delays on various clearances and land acquisition. The first phase of the plant is likely to be commissioned in 2018. Nine pacts were signed during the  visit including the Agreement on the Protection of Classified Military Information, revision of the existing Double Taxation Avoidance Convention, an agreement on annual interactions between the two national security structures, launch of a Cyber Affairs Dialogue, collaboration in peaceful uses of space technology, and a tourist-visa-on-arrival facility in India for South Korean nationals.

But the Indo-Japanese bonhomie is drawing more widespread interest. Rising tensions between Japan and China are shaking the foundations of Asian geopolitics as Abe has gone ahead with a single-minded determination to restore Japanese pre-eminence in the Asian security order. Faced with a growing Chinese challenge and Tokyo’s increasing marginalization, he has increased the defence budget, reshaped national security structures and processes, reformulated Japan’s national security strategy, and undertaken vigorous diplomatic initiatives to strengthen old alliances and reach out to new partners. Abe’s commitment to building a robust partnership with India remains unmatched.

In a veiled criticism of China’s recent moves regarding its territorial disputes with Japan and declaration of an Air Defence Identification Zone, or ADIZ, the joint statement issued at the end of Abe’s visit “underscored the importance of freedom of over-flight and civil aviation safety in accordance with the recognized principles of international law and the relevant standards and recommended practices of the international civil aviation organization.” The two nations reiterated their commitment “to the freedom of navigation, unimpeded commerce and peaceful settlement of disputes based on the principles of international law.” Both are conducting annual naval exercises, and India has invited Japan to participate in the Malabar exercise later this year with the United States. The coastguards of the two nations also staged joint manoeuvres in the Arabian Sea in January, and the air forces of the two nations will also collaborate. In a significant move, Japan has offered to sell its US-2 amphibious aircraft to India – which if approved would be the first military sale by Japan since World War II. The two nations have decided to conduct regular dialogues between the Japanese and Indian national security councils.

With investments of $2.2 billion last year, Japan is now India’s largest source of foreign direct investment replacing the United States as well as the largest donor. Bilateral trade reached $18.5 billion in 2012-13 with the two sides setting up a target of $25 billion for 2013-14. In an attempt to strengthen financial cooperation, the two nations have expanded the bilateral currency swap arrangement and signed the contract for its entry into force in January. Abe has announced a loan of 200 billion yen, or US$2 billion, for various infrastructure projects in India. Japan is part of several major infrastructure projects in India including the $90 billion Delhi-Mumbai Industrial Corridor and the planned Chennai-Bangalore Industrial corridor. India has invited Japanese companies to invest in the infrastructure sector in the politically sensitive northeastern region – an area where China has made territorial claims. India and Japan are also planning to collaborate to develop infrastructure in other regional states.

There are challenges to overcome. Compared to the Sino-Indian bilateral trade which is reaching $100 billion mark, Indian-Japanese trade is far below its full potential. The nuclear agreement continues to elude the two as Japan wants India to do more to demonstrate its non-proliferation credentials. Japan continues to insist on India relinquishing its right to conduct nuclear tests and an immediate cessation of nuclear cooperation if India violates its self-imposed moratorium, terms which Delhi has found difficult to accept. Without a civil nuclear energy cooperation pact with Japan, US and French companies cannot sell reactors to India. Despite this, Japan remains committed to supporting India’s full membership in the Nuclear Suppliers Group, the Missile Technology Control Regime, the Australia Group and the Wassenaar Arrangement, a voluntary treaty on export controls for conventional arms trade.

Japan, for its part, wants more robust Indian support for its position on territorial disputes with China, but India has been cautious so far. Regional security competition is intensifying in Asia as China attempts to assert primacy and questions emerge about US credibility as regional security anchor. China’s decision to set up the ADIZ last November and regular intrusions into Japanese territorial waters by Chinese ships have raised the stakes to dangerous levels, and Delhi’s willingness to side with Tokyo on these territorial disputes is unclear.

China’s attempts to test the diplomatic and military mettle of neighbours only bring Japan and India closer. While Delhi and Tokyo would prefer greater transparency and restraint on Beijing’s part, there is need for both to be more candid about their specific expectations. In Abe’s words, “a strong India is in the best interest of Japan, and a strong Japan is in the best interest of India.” His idea of a new “arc of freedom and prosperity” connecting Asia’s two major democratic economies now has real potential of being realized. Given Abe’s admiration for India and his repeated articulation of the need for India and Japan to work more closely, Delhi recognizes this as an opportunity to alter radically the contours of Indo-Japanese ties.

India’s Look East Policy and especially its ties with Japan are a rare foreign policy achievement for  a nation consumed with policy paralysis and strategic diffidence. Though the Look East Policy predates Delhi’s focus on Tokyo, Indian Prime Minister Manmohan Singh has described Japan as its “heart.”  The India-Japan entente is one of the most significant manifestations of Asian geopolitics undergoing fundamental transformation.