A Moonlit Evening With Amitav Ghosh

"I’m a Bengali. We are supposed to be known for our love of 'factoids'." 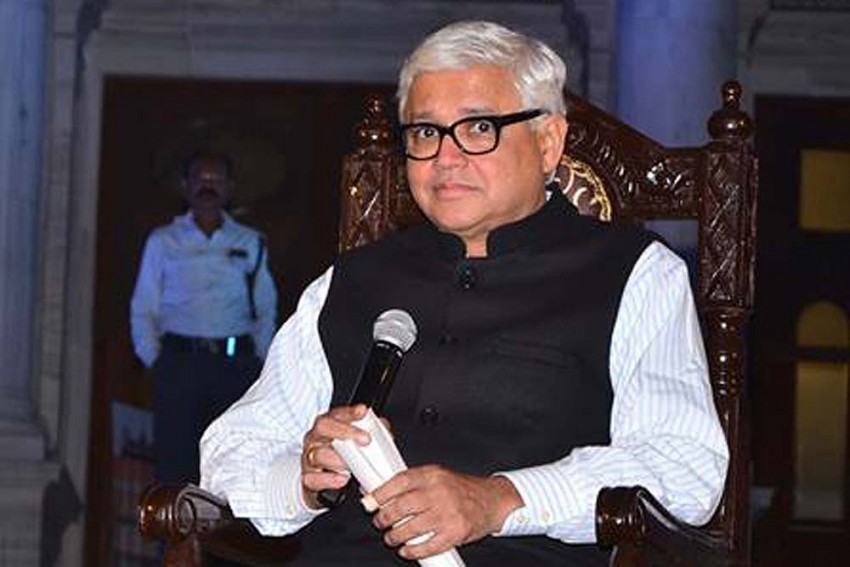 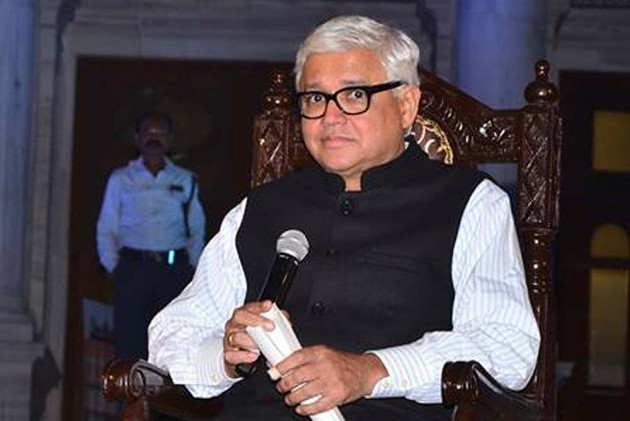 "How much will he reveal?" That was the one question on everyone’s mind. It was a moonlit January evening and the Victoria Memorial, that icon of Calcutta's colonial past, was lit up with the muted colors of expectation and hundreds of book lovers jostled for space at the recently held Kolkata Literary Meet.

After all, it's not every day that you find Amitav Ghosh, author of the Ibis trilogy at a book festivals to discuss his upcoming release. And that about the much awaited third and final installment in the series, Flood of Fire.

As a matter of fact Ghosh is known for his aversion to attending literary fests. He has turned down many invitations. He doesn't take part in discussions about his work, far less launch his books. This year he made an exception and agreed to attend a literary festival in Calcutta. The organizers showed him off as a prized catch, virtually patenting him. "It is difficult to get Amitav to do interviews," one of the directors apologized to Outlook.

So, it was really up to the interlocutor, actor Rahul Bose, who was flown in from the Mumbai film industry to interview the author, to draw out the details. "Couldn’t they find someone in Calcutta intellectual enough for this public discourse?" said a voice in the crowd. But it was drowned out….in a sort of flood of fire.

Only, Amitav Ghosh didn't satiate the hunger to know what was in the book. Or how it all ended for the characters whom Calcutta and really the world has grown acquainted with in the past decade since the Sea of Poppies, the first in the series, appeared in 2004, followed, two years later, by River of Smoke. Instead, he whetted appetites with tantalizing insights into the background stories: the all pervasiveness of the opium trade during British rule – which forms the backdrop of the historical novels – that wreaked untold havoc in the lives of the Chinese but funded virtually every endeavor of the colonial rulers.

Almost all the architectural buildings in Calcutta, constructed during the British period, including this very memorial (Victoria Memorial) could have been financed at least partially by the opium trade, he said. He wondered at the paucity of documentation and general lack of awareness about the Opium Wars but marveled at the scattered, yet sheer wealth of untapped knowledge hidden inside the archives and libraries, attributing his vast reservoir of knowledge on the subject to research done in these. And to a question on the source of his love of research, Ghosh replied with a rhetorical smile, "I'm a Bengali. We are supposed to be known for our love of 'factoids'."

Calcutta is the port from where the latest novel embarks on its journey but plays out on the high seas on route to China, which is the setting of the greater part of it, as it plunges into the First Opium War. The one question about Flood of Fire that Ghosh has been inundated with, repeatedly, from subsequent interviewers is whether the reader will see the same characters reappear or will they be replaced by others. Ghosh has indicated that the characters take on their own minds, emerging as a prominent player in one book maybe, while subsiding into a minor one in another, allowing for others to dominate in the next.

"One of the main characters in this book is Deeti’s brother, Kesri Singh, a havildar who has been mentioned a few times in the earlier books," he reveals. And like the unfair question asked of a parent to name his or her favorite child, he has been badgered into naming his most loved character from all his creations which forms the crew of the Ibis. Most loved or not, it's Neel Halder, who stands out. Recently, he called him his "Apu" in reply to a question by historian Sharmistha Gooptu. Like Satyajit Ray's protagonist in the Apu trilogy based on Bibhuti Bhushan Bandyopadhyay's story, Neel doesn't just run through all three stories but holds forth.

Indeed, Ghosh admitted to the Calcutta audience that the idea of turning the story of the crew of the Ibis as it set sail in the first book into a longer and meandering saga didn't come about until after six months into writing it. It was only when he realized that he did not want to part company with these men and women in a hurry that he decided to spend the next several years getting to know them, letting them crowd around his head, until they became so real that if he were to lose one of them, it would be a personal moment of grief.

And so it stretched on for ten long years, consuming him but also giving him the comfort of extraordinary achievement. "I feel a sense of relief that I was able to get through because it was an enormous undertaking. In the beginning if I had known how ambitious an undertaking it was I would have been scared. But now I feel satisfied and it has been so rewarding as a writer," he said in an interview. And in another, "Last year, when I was finishing the book I thought I would go mad. This was the most difficult of the three books to write. There was just so much happening and to stay on top of it all was incredibly challenging. But eventually it all fell together."

Is there a kind of closure in the final installment, which is missing in the earlier books; a sense of tying together of loose ends? A kind of omniscient voice-over which tells us where we can find each of the members of the Ibis today if we were to look for them? Or their descendants, at least? Or do we just not know, just as we don't know how the story ends for so many of our acquaintances and friends?

Ghosh lets on something which can only be called "promising". He says that there is no chronological linearity of the novel, and that it goes back in time to a before the first book, the Sea of Poppies. So if not their future, maybe we can look forward to knowing their past. But for now, we can look forward to the not so distant future: May, when the book arrives on shelves.