KCR and Chandrababu Naidu looking at a new beginning, starting with their residences

The last time mediapersons trooped into the Chief Minister's camp office located at Greenlands, Hyderabad was in February, 2014 to attend the last press meet of Kiran Kumar Reddy as CM. The latter was announcing his resignation from chief ministership and the Congress. The office-cum-residence spread over two acre of land has remained deserted ever since. And now, Telangana CM-in waiting K Chandrasekhar Rao picked a new destination for himself. Kundanbagh.

The TRS president who stumped the Congress by leading his party to an easy victory in Telangana consulted with astrologers on his next place of residence. Almost everyone seems to have advised him against shifting to the camp office since it is not Vastu compliant.

As a result, KCR asked the governor to allot two government quarters which are currently occupied by State Intelligence Chief M Mahender Reddy and an IAS officer A K Parida. Quarters 3 and 4 will henceforth be the official residence of the Telangana CM.

The Greenlands camp office was constructed in 2005 at the cost of Rs 25 crore amid several opposition protests and Y S Rajasekhar Reddy was the first CM to occupy it. After his shocking death in a helicopter crash on September 2, 2009, many astrologers were quick to blame the Vastu of his residence saying they had warned him about it.

K Rosaiah, who took over after YSR, had to face the Jaganmohan Reddy rebellion. While he did make some changes to the residence as per suggestions of Vastu experts, Rosaiah never really moved in. He continued to live in his Ameerpet house and used the camp office only for work. He lasted a year.

Kiran Kumar Reddy who took charge after Rosaiah made some further modifications to the by then "unlucky" camp office and he stayed on in office for nearly three years. But his rule was fraught with tensions, dissidence and his own tussle with the Congress high command. Though he resigned following the bifurcation of the state, Kiran Kumar is in complete political oblivion now. His Jai Samaikyandhra Party has failed to get even one seat in the elections. The former CM himself did not contest and put up his brother Kishore Kumar in his home constituency, Pileru, and faced a humiliating defeat.

The TRS president, who makes no secret of his belief in numerology and Vastu, is therefore maintaining a safe distance from the jinxed camp office, say TRS leaders. KCR's son and Siricilla MLA K Taraka Rama Rao tells Outlook that his father had been advised to either make modifications to the camp office or scout for a new premises. "This is the reason he will function from Kundanbagh area where the couple of quarters will be joined to form a single office," says Rama Rao. KCR's daughter, who has been elected as Nizamabad MP, says her father is indeed quite keen on his place of functioning being vastu-friendly. "My father is quite attached to his current residence in Nandinagar, Banjara Hills. We moved there in 2000 before he set up the Telangana Rashtra Samiti. Though the house has three floors, it is in a narrow lane and with the ever increasing rush of visitors, the neighbours are having a tough time. Besides, the house does not have enough room for all the party workers and meetings now," says Kavitha.

Leading numerologist Daivagna Sarma, an advisor to several Telugu politicians, says the problem with the Greenlands camp office lies with the main entrance. "The construction of the camp office is such that it hinders continuity of a person in office," says Sarma. The astrologer says that KCR would do well to name his new residence starting with the alphabet S and the number 6. KCR already has all his vehicles with the number 6 which is considered lucky for him. In fact, rumours abound that KCR might take 15 Cabinet ministers in the first round or else any other number adding up to six. Sarma is also said to have advised KCR long ago to continue living in the Banjara Hills residence as it would bring him longevity, continuity, prosperity and financial security.

The other problem with the current CM camp office is that it has limited parking options. KCR is a mass leader who likes to keep his doors open to the poorest of poor from various districts of Telangana. Such people coming in trucks, mini vans or buses would find it difficult to flock to the camp office at Greenlands. 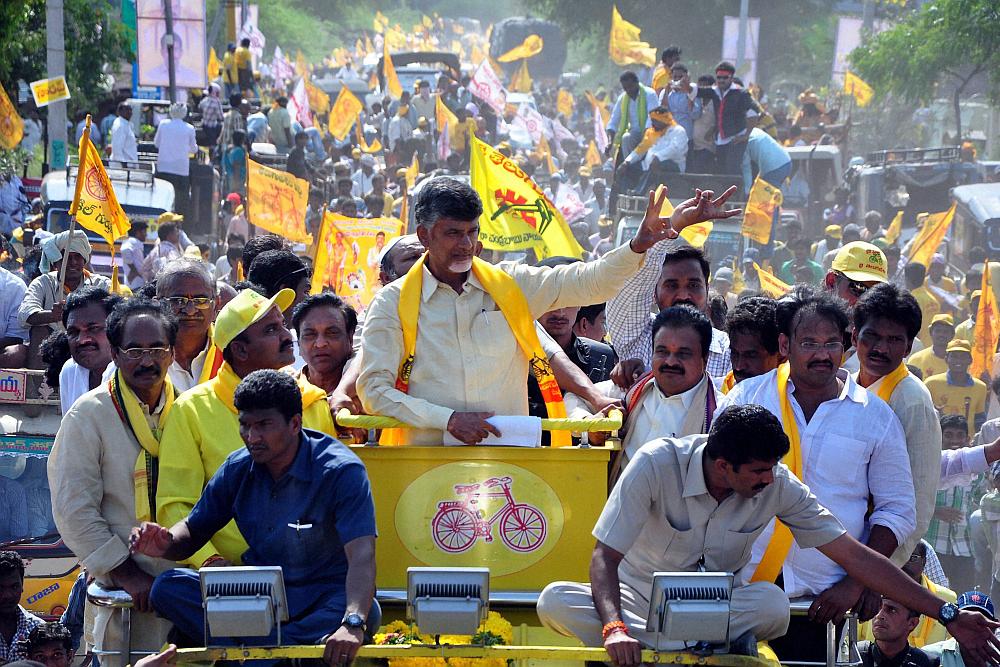 In the meantime, TD president and Andhra Pradesh chief minister-to-be Chandrababu Naidu, who scored a major victory over the YSR Congress, refused to occupy the Lake View Guest House allotted to him. Naidu is of the opinion that it was YSR who brought in camp office culture and as such is an unnecessary feature in administration. When Naidu was CM, he would operate from his Jubilee Hills residence or from the party headquarters, NTR Bhavan. In fact, the Telugu Desam chief is now keen on a camp office in Guntur in the Acharya Nagarjuna University. Party leaders, including Naidu himself, state that the new Andhra capital is likely to be developed between Guntur and Vijayawada. Naidu is also saying no to the H Block in the Secretariat allotted to him by the governor as an official CMO. A workaholic that Naidu is, he'd like to convey the message that his residence at Jubilee Hills is a 24-hour office open to the general public and party workers alike.

Hence, both the CM camp office and the Lake View Guest House are unlikely to be occupied by KCR and Naidu because both leaders are looking at a new beginning.