If after taking the oath of office, Modi issues instructions ordering the expulsion of Giriraj Singh from the party, then we can all celebrate the election of a new and visionary PM 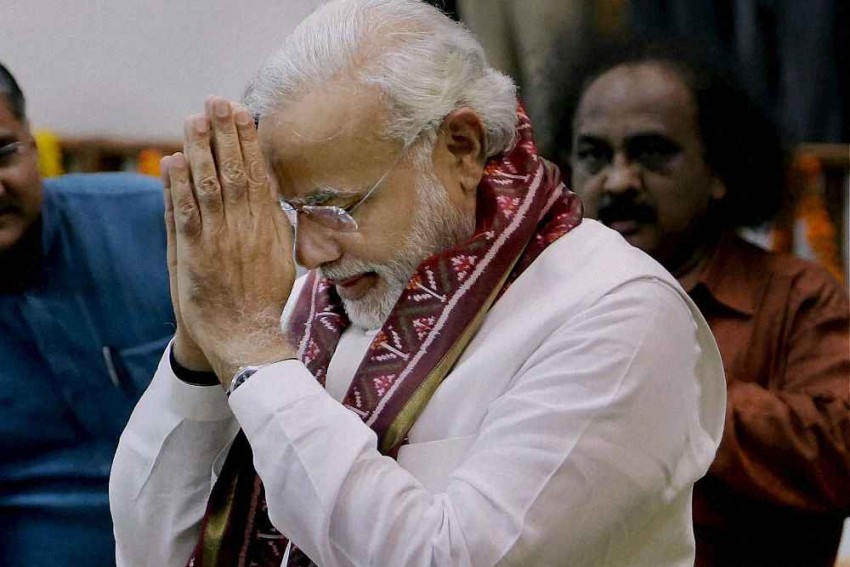 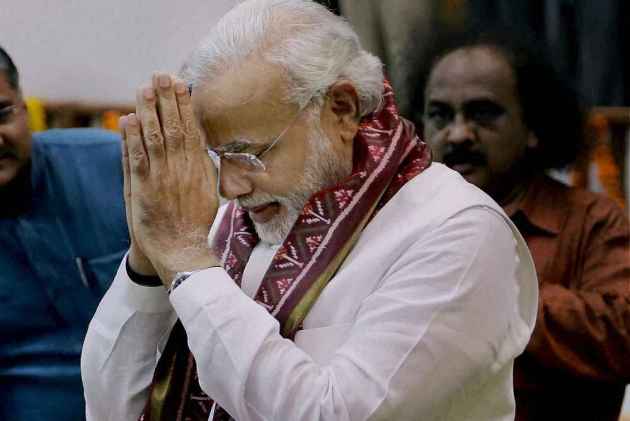 After the unprecedented mandate obtained by one man and one man alone, the ordinary citizen (obviously not part of the pro-Modi 38%)  must be wondering how to interpret Narendra Modi’s eye-popping triumph. With hope and expectation, or fear and apprehension? I suggest both responses are called for.

The stock market and the business community can hardly contain their jubilation. India’s messiah with the magic wand has arrived. If I read the words, "tectonic shift" or "paradigm shift" or "the new 21st century narrative" again, I might need to see a shrink. Caste, I understand, has been annihilated, vote-bank politics has one foot in the grave. A new pan-Indian Hindu has been created by team Narendra Modi. The RSS dream of one-tent Hindus is being realised. My note of caution, tinged with a bit of sarcasm, is needed in order to bring the country back to earth. Bring it back to Planet India, which is not the same thing as Shining India.

Mr Modi’s market-friendly economic programme is not the worry. We are told by Right-wing, two-handed economists (President Truman once confessed he was looking for a one-handed economist, someone who did not use the phrase "on the other hand") that strong medicine is required to revive the paralysed Indian economy. Prof Amartya Sen may not receive such a warm welcome from the new regime, but his bête noire, Prof Jagdish Bhagwati, can expect bouquets of roses.

It is not Prime Minister Modi’s economic agenda which worries me. Although there is a troublesome silence on what the Prime Minister designate and his advisers plan to do with the "jholawalla schemes", like the NREGS and the Right to Food, etc. Will they be dismantled? No doubt, these schemes, dubbed as "the politics of entitlement", have been plagued by inefficiency, corruption and pilfering. Yet they have provided livelihood and sustenance to a quarter of India’s population, i.e. 35 million. The Prime Minister, while abolishing Sonia Gandhi’s exorbitant ‘welfarism’, will need to tread carefully since his ideology mentions "inclusion".

Truth be told, the incoming regime’s plans to create consumer confidence and a favourable investment climate are not the principal concerns of pseudo-secularists. It is the kind of social environment Mr Modi might promote which is their main anxiety. At this point, some readers of this column might throw their hands up in the air with exasperation and say, "Oh, not that again". As old chestnuts go, this it seems is an especially old chestnut.

What the Prime Minister has cleverly done is to leave past concerns on the table. He does not address them, nor does he like talking about them in the various interviews he has given recently. He just ignores them. The past may be another country but it does not vanish with benign neglect. Brushing things under the carpet is no substitute for a clean sweep.

I will not be revealing any secrets when I say that while Narendra Modi’s own campaign may have concentrated on "vikas" (progress) as the sure remedy for all of India’s problems, his lieutenants did not hesitate to play the communal card. Indeed, two concurrent strategy strands were visible—one underground and the other above ground. To deny the underground tactic amounts to wishful thinking. In fact, when instances of rank anti-Muslim prejudice became available, the alibi forwarded said "he is a minor person". Do you condemn what he said? "Yes, we do not approve." Has he been reprimanded or disciplined? "Let’s move on. Don’t stick to one subject." Thus the charade continued.

At Ahmedabad, in his victory speech, the Prime Minister designate made some fine noises about "Taking everyone along". Alas, he has not spoken a word against Baba Ramdev’s appalling casteist remarks against Dalits, neither has he spoken a word against the habitual offender and now MP, Giriraj Singh. In fact, no senior BJP leader has bothered to even tick off the Muslim-baiter. In the euphoria of welcoming a decisive and stable government, the question of reassuring the minorities has got lost. The celebrated British conservative economist Edmund Burke had warned, "You cannot plan the future by the past." But there is also the American philosopher, George Santanya, who countered, "Those who do not remember the past are condemned to relive it."

In his campaign speeches, Mr Modi pleaded with the audience to give him "one chance" for 60 months. The electorate has responded by giving him infinitely more than he asked for. So does Prime Minister Modi feel the need to give something back?

Even if you have 336 seats in Parliament and 38% of the vote share, that still leaves a vast chunk of the electorate that did not endorse Modi’s candidature. Narendra Modi is the prime minister of these citizens too. While I have conducted no opinion poll, a majority of these non-Modi voters are minorities, specially the 170-million-strong Muslim community for whom the option of "going to Pakistan" is not just preposterous but an insult.

Mr Modi and his supporters urge his critics to make a fresh beginning. All the discredited verities of caste, religion, community, language and region need to be binned. I agree. But for the discredited verities to be discarded, one has to start with a clean slate. Mr Modi’s slate is not clean. John Kennedy advised, "We should not let our fears hold us back from pursuing our hopes."

But we are talking of existential fears. They will not easily go away. Here is a thought. If after taking the oath of office, Modi issues instructions ordering the expulsion of Giriraj Singh from the party, then we can all celebrate the election of a new and visionary prime minister.

This piece first appeared in the Hindustan Times on May 18, 2014.