Mr Modi's 100 days contain much that is positive and commendable. And yet the phrase 'control freak' is increasingly being employed to describe the phenomenon. 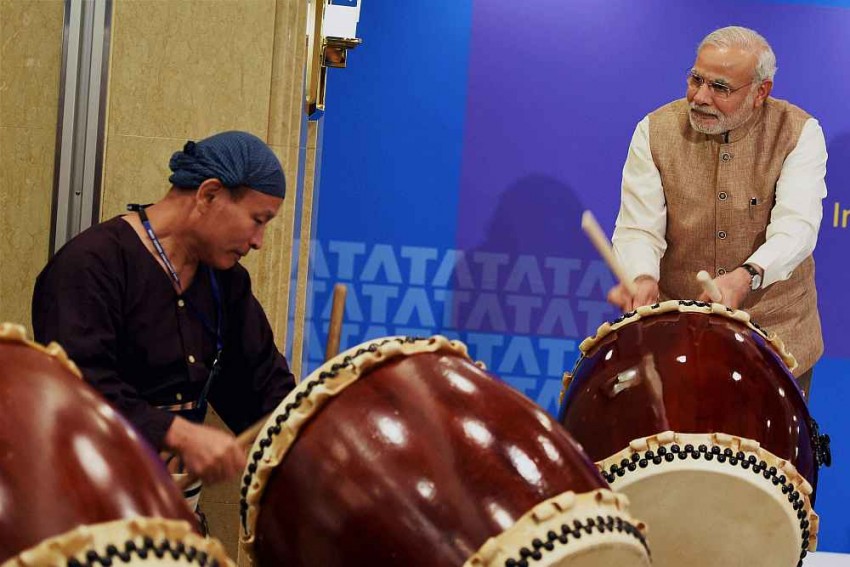 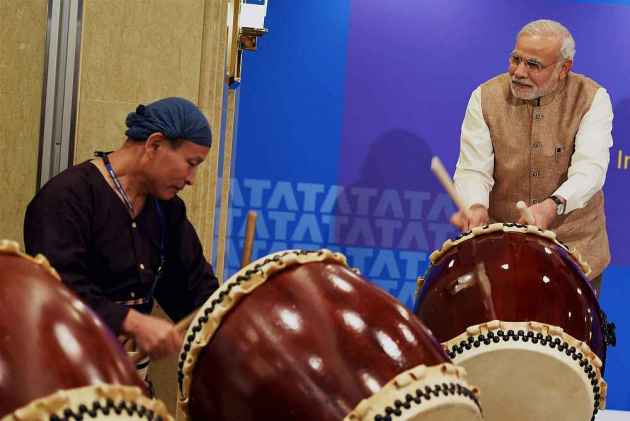 For the commentator who is also a critic of Narendra Modi, any judgment at any time, poses excruciating problems. As I begin my evaluation of the Prime Minister's first 100 days, I am assailed by a powerful doubt: Will my prejudices undermine my objectivity? Will I be fair to the politician who is not my favourite politician? The PM's acolytes assume pseudo-secularists, liberals and soft lefties smack their lips at the opportunity to take another shot at the 'most vilified' public figure in post-independent Bharat. Actually, many go through agonies.

In my case, to compensate for any overt and covert biases, I go the extra distance to ensure Mr Modi gets a fair deal. It is so much easier for a certified or recently baptized Modi follower to dash off 800 words than the commentator - critic. So, let me state upfront that Mr Modi's 100 days contain much that is positive and commendable.

As a recent opinion poll revealed, support for the PM since May 2014 has actually gone up.

The business community is over the moon.

For them Modi is no false prophet. One can detect an all-round toning up of efficiency in the bureaucracy. Babus are coming on time, as are the trains. Almost every day, the PMO announces a new policy, a new reorganization, faster clearance of routine procedures. Modi has personally set a scorching pace. Apparently, he is a creative insomniac.

Take Friday August 29. The country woke up to the happy news that the PM had launched a bold and much-needed banking scheme targeting the poorest of the poor. This financial inclusion will enable every adult citizen to possess a bank account. On the first day 1.5 crore accounts were opened.

On the same day, we learnt the PM had been tweeting in Japanese to the people of that country. In spite of some clumsiness in the handling of foreign secretary talks with Pakistan, Modi is breaking new ground by reaching out to countries India had neglected. These are just a few of the positives.

Have I been fair? Even Mr Arun Jaitley would concede this is a balanced verdict. In fact, I have travelled further than the zealous Modi supporter, R Jagannathan of First Post, who criticized Modi for refusing to initiate "aggressive reforms". And compared to Ellen Barry of the New York Times, I am an absolute angel! She reported recently on the "chorus of disappointment" in the country with Modi, and added this punch line, "This disenchantment is a reminder that the man India elected this year is, in many ways, a cipher." Ms Barry's cipher-evaluation notwithstanding, the disenchantment is genuine. It derives from Modi's approach to his job. When he secured the highest public office, his opponents pointed to his governing-style in his home state. It was one-man rule. I disagreed. Modi was too shrewd a politician not to understand the difference between Gujarat and India. I have been proved wrong.

Whatever our shortcomings, we are an open and argumentative people. When two or three of us are gathered together, you can be sure of a verbal feud.

Foreigners complain that the besetting Indian sin is talking too much and doing too little. Indira Gandhi's Emergency failed because it could not stop the aam-aadmi's propensity for 'loose talk'.

Thank God! Loose talk is the country's strength and the foundation of our vibrant democracy. The PM clearly frowns on the habit. Ministers and party leaders in the BJP are under strict orders to follow the script handed down by him.

One could argue the PM is doing nothing more than imposing discipline. In reality, something more sinister is emerging. The word 'Orwellian' is casually bandied about. In this instance it is perilously close to the truth. Big Brother is watching. For starters, his eye is fixed on his own people.

How they dress, who they meet, where they meet, what they say, whether they talk to journalists... all is being monitored. Dissidents are quickly brought back into line with dubious tactics.

The phrase 'control freak' is increasingly being employed to describe the phenomenon. Is Narendra Modi such a person? The American entrepreneur Ronald Perelman noted, "You can only be a control freak when you have weak people around you." Is that what the PM is aiming for? Any advice coming from me for Mr Modi will be construed as mischief. Nevertheless, I wish the PM gets his 'chance' to deliver what he promised to deliver. India is too vast, heterogeneous and capricious a country to be ruled by Big Brother tactics. If he continues in his present mode he will probably be the victim of an in-house coup. He must understand he is first among equals in the government he helped create.

This article was first published in the Times of India