A Chinese Restaurant Offers Discounts Based On The Bra-Size

The company's adverts showed a line of cartoon women in their underwear with the slogan "The whole city is looking for BREASTS". 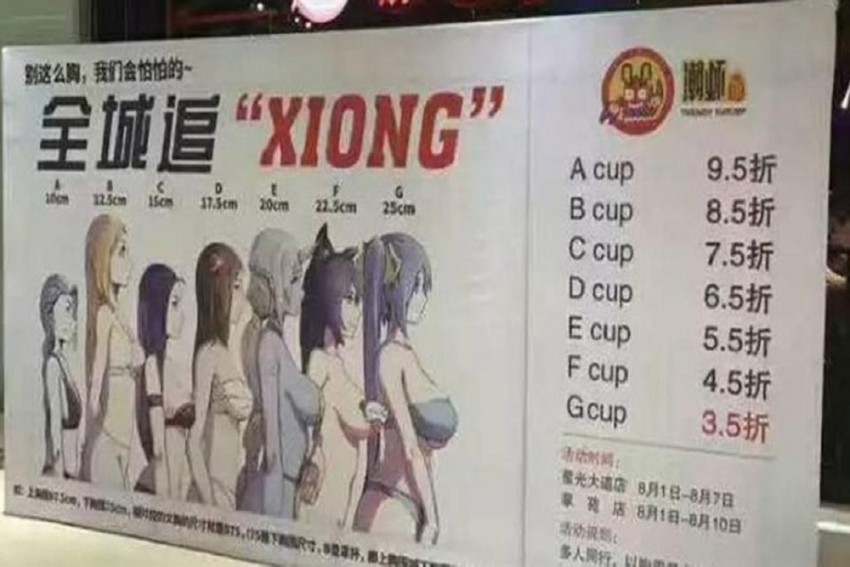 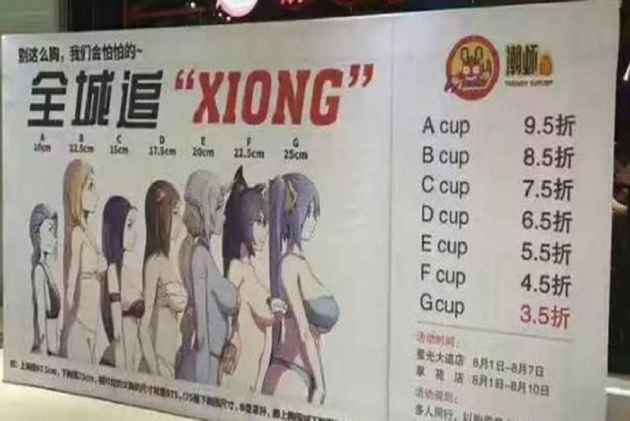 A Chinese restaurant has been slammed for offering discounts to women depending on their bra size, reported BBC quoting Qianjiang Evening Post.

Trendy Shrimp, located in Hangzhou, Zhejiang, is being criticised for a recent promotion offering female patrons a discount based on their bra sizes.

The company's adverts showed a line of cartoon women in their underwear with the slogan "The whole city is looking for BREASTS".

According to BBC reports, the restaurant provides discounts for women depending on their cup size, with greater deals and specials available to women with bigger busts.

Women with an A-cup bra could get 5 per cent off their meal, but someone with a G cup could get a 65 per cent discount.

A number of complaints flooded in, with some labelling the posters as "vulgar advertising" and "discriminatory towards women".

However, general manager Lan Shenggang defended the sales strategy to the BBC, saying: "Once the promotion started, customer numbers rose by about 20 per cent.

"Some of the girls we met were very proud - they had nothing to hide."

According to a BBC report quoting the Qianjiang Evening Post, the posters have now been removed after complaints from locals who said it was distasteful, calling it “vulgar advertising” and “discriminatory towards women”.

But this isn’t the first time that a Chinese establishment has offered perks to customers on the basis of their appearance. In 2015, a restaurant in China’s Henan province offered free meals to “beautiful clients” judged by the staff of a plastic surgery clinic.