Moscow intervened in Syria in September 2015 in support of its ally President Bashar al-Assad. 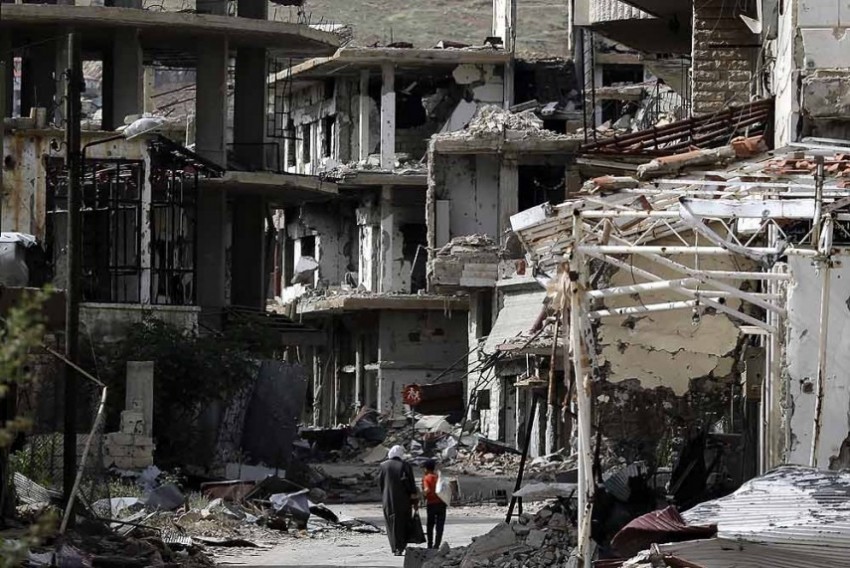 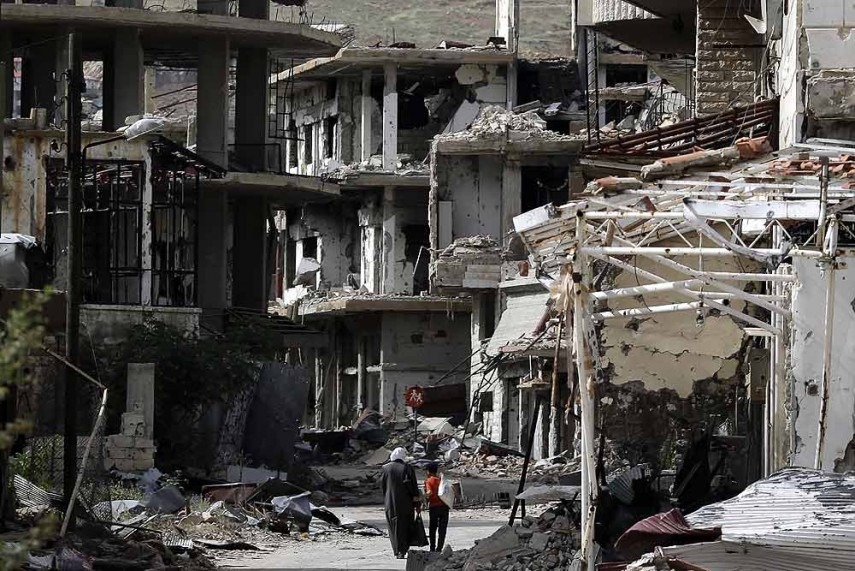 The Britain-based Syrian Observatory for Human Rights monitor initially reported 21 deaths but later raised the toll to 34, saying that "more bodies have been found in the river" Euphrates.

Observatory head Rami Abdel Rahman said nine children were among those killed fleeing fighting and that "dozens" of people were wounded in the strikes.

He said the raids targeted "more than 40 ferries" that had left Al-Boulil town southeast of Deir Ezzor city for the eastern shore of the river.

The Observatory relies on a network of sources inside Syria, and says it determines whose planes carry out raids according to type, location, flight patterns and munitions used.

Moscow intervened in Syria in September 2015 in support of its ally President Bashar al-Assad.

Assad's troops advanced further today, capturing Mount Tharda west of the military airport from IS as well as another mountain overlooking the city, the Observatory said.

IS holdouts were still entrenched in southern parts of the city, the monitor said.

The army's advances in the oil-rich province come as US- backed forces press their own assault on IS in Deir Ezzor.

The province borders Iraq and is a strategic prize for both the US-backed Syrian Democratic Forces (SDF) alliance and government troops.

The SDF announced yesterday it had begun clearing IS from areas east of the Euphrates, which cuts diagonally across the province.

By today, fighters from the SDF's Deir Ezzor Military Council (DEMC) had seized much of the province's northeast, the Observatory said.

"They seized control of a hilltop seven kilometres (four miles) from the eastern banks of the Euphrates, across the river from Deir Ezzor city," Abdel Rahman said.

He attributed the speedy gains to the fact that "eastern parts of Deir Ezzor are desert and not densely populated".

The DEMC's advance is being backed by the US-led coalition battling IS in Iraq and Syria since 2014.

The coalition, the SDF, Syria's government and Russia have agreed on a "de-confliction line" in northeastern Syria to prevent the two offensives from clashing.

Regime forces were today also locked in fierce clashes with IS southwest of the city as they prepared a push into neighbourhoods still held by the jihadists, the Observatory said.

According to the War Media channel operated by regime ally Hezbollah, Syrian troops seized full control of the 450- kilometre road linking the capital to Deir Ezzor for the first time in four years.

"The Syrian army and its allies now control the entire international highway between Deir Ezzor and Damascus, through the cities of Al-Sukhna and Palmyra," it said, referring to other central Syrian cities recaptured from IS.

"The international highway had been unusable in the area between Al-Sukhna and Deir Ezzor for four years."

Since 2014, IS has held about 60 per cent of the city and much of the surrounding province.

Syria's conflict erupted in 2011 with protests demanding that Assad step down, but it has since evolved into a complex, multi-front war.

More than 3,30,000 people have been killed and millions have fled their homes, but international attempts to reach a peace deal have faltered.