The fishermen had gone to Iran a year ago to take up fishing activity on a "share-in-income" arrangement with a firm. 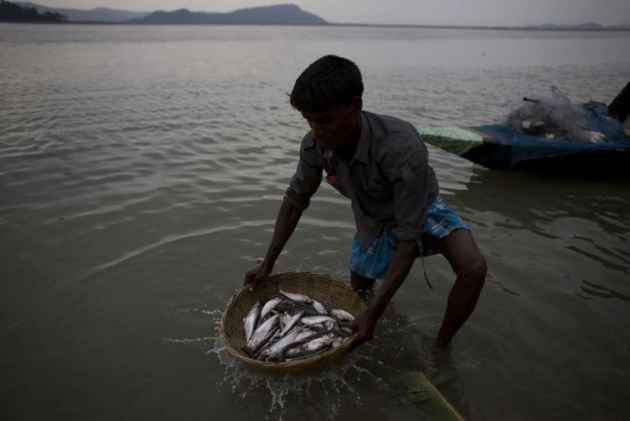 As many as 21 fishermen from Tamil Nadu, who were stranded in Iran for months without salary, food and accommodation, arrived in Chennai on Saturday.

Upon their arrival at the airport by an early morning flight, they were taken to their native districts, including Kanyakumari, by the Fisheries Department, which arranged for vans to send them home.

One of the fishermen told reporters here that he and 20 others were thrown out on the street by their employer in Iran and had to endure untold hardship.

Thanking the government for bringing them back home, he appealed to the state to extend help to start their occupation in their home towns.

The fishermen had gone to Iran a year ago to take up fishing activity on a "share-in-income" arrangement with a firm, International Fishermen Development Trust president P Justin Antony had said.

He had also said the victims had decided to go abroad as fishing was not so remunerative back home.

However, they were not paid for about six months and their passports and other travel documents were taken away by the firm, Antony had alleged.

Tamil Nadu Chief Minister K Palaniswami had on June 21 urged Prime Minister Narendra Modi to direct the Indian embassy in Iran to take the necessary steps for bringing back the stranded fishermen.

On July 31, External Affairs Minister Sushma Swaraj had tweeted, saying, "I am happy to inform that 21 Indian fishermen from Tamil Nadu who were stranded at Nakhitaghi (Iran) have been released with the efforts of Indian Embassy in Iran and our Consulate at Bandar Abbas. We are repatriating them to Chennai in batches starting from 3rd August 2018 (sic)."

Last month, DMK Rajya Sabha MP Kanimozhi had visited Swaraj and requested for steps for the release of the fishermen.

Antony said of the 21 fishermen, eight were from Kanyakumari, seven from Tirunelveli and six from Tuticorin districts.

He thanked the Indian embassy in Iran, the Tamil Nadu government and the Centre for safely bringing home the stranded fishermen.