An Indian initiative, intrinsically linked to the larger Indian self-image of being a major Asian power and the Nehruvian idea of India’s centrality in a new global order.

This first Asian Games was an Indian initiative, which was intrinsically linked to the larger Indian self-image of being a major Asian power and the Nehruvian idea of India’s centrality in a new global order. The Games were deeply tied to the ideals, hopes and aspirations of Nehruvian India. They are also a useful prism to understand the struggle for Asian leadership that unfolded thereafter. As Indian administrators went about creating the Asian Games Federation and the first Delhi Asiad of 1951, they were also driven by the idea of a resurgent independent India and Nehru’s notion of a new world order: decolonized states, led by India, marching forward to take their rightful place. At the heart of the story of the Delhi Asiad was a desire for newly independent India to be noticed, the moment of arrival signified by an international event of Olympian proportions. Writing in 1959, Anthony de Mello, the main organizer of the 1951 Asiad, recounted the opening ceremony in words that merit repetition, “What was the greatest moment in Indian sport? there was never an occasion to beat that of March 4th, 1951. On that historic day for the sport of India—indeed for the sport of Asia, even the world—the first Asian Games were opened…It was Asia marching ever nearer to the great Olympic ideal of ‘Citius, Altius, Fortius’—faster, higher, stronger….India—the ‘Big Brother of Asia’—had given the lead in this the finest sporting venture of the Orient.” 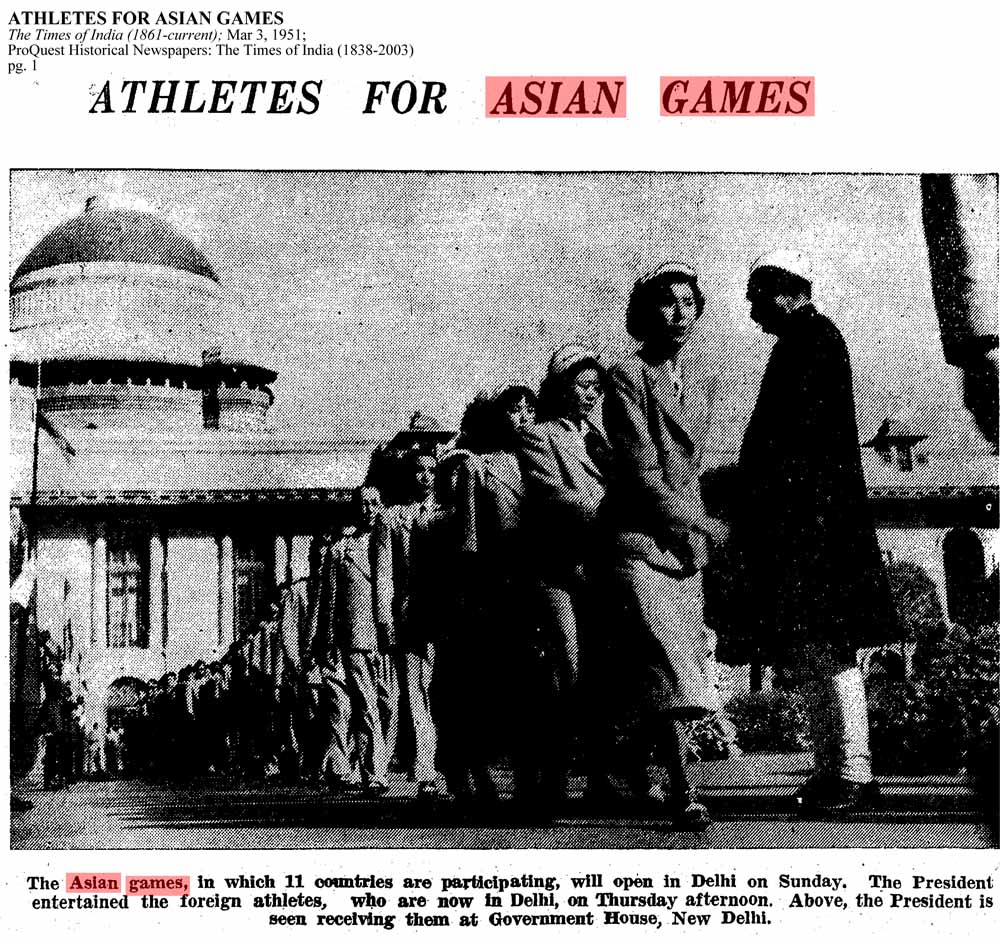